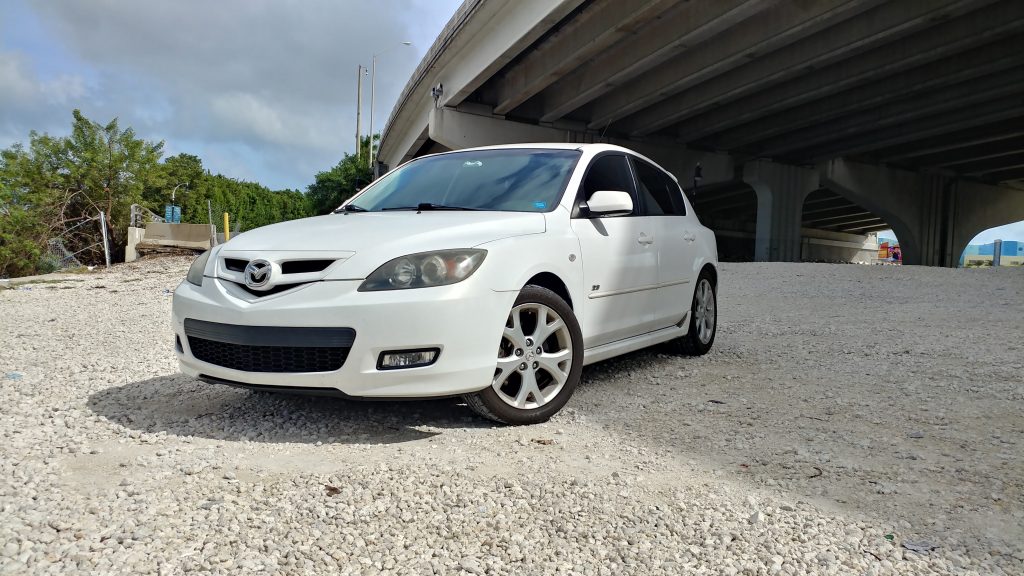 Right away, I knew something was wrong. Or fishy. After zeroing all the fluids (save the coolant) and replacing filters and transmission sensors, the Mazda ran beautifully. So it was surprising that, while performing a tune-up, that two of the four spark plugs had oil on them. I’ve seen this before in my dearly departed Mazda 6, except there was an engine misfire that pointed to an ignition problem. In the 3’s case, there was no misfire. Or at least none that was detectable. And no Check Engine Light. Along with bad gas mileage (I’m averaging around 22-mpg combined, which is terrible for this car), there was a slight horsepower decrease. The engine felt labored when pushed to accelerate. Either way, this was a problem that needed attacking.

This means replacing the intake cover gasket. It would also partially explain the poor gas mileage since oil was potentially fouling the spark plugs, preventing a clean combustion cycle. The other potential solutions would also be to clean the throttle-body, mass airflow (MAF) sensor and replace the air filter. A huge undertaking for sure, but where the old Mazda6 was a pain just to get to the spark plugs, the 3 would be much easier. So here folks is the step-by-step process for replacing the intake cover gasket, throttle-body and MAF sensor. We’ll start with cleaning the mass airflow sensor. The auto parts themselves are very cheap and usually hand tools are all you need.

How To Clean a Mass Airflow Sensor

A mass airflow sensor measures the amount of air coming into your engine and sends the information to the ECU (engine control unit…basically, the brains). The ECU then determines how much fuel to send to the engine for a correct fuel/air ratio. When the sensor gets dirty, it can either throw a check engine light or lead to hesitant acceleration, engine stalling or excessively rich/lean conditions. In my case, it could also cause poor fuel economy by making the engine run richer (i.e. sending too much fuel for the amount air measured). So it’s crucial to check or clean the MAF sensor regularly, usually after oil changes.

First, we need to locate the MAF sensor. It’s usually somewhere near the air filter box that contains the filter element in most cars. In others, its part of the throttle-body assembly. In my case, the sensor is just behind the air filter box. Disconnect the battery terminals (or at least the negative terminal) to avoid accidentally shorting the sensor). Then detach the electrical connector behind the MAF sensor by pushing down on the top tab, then pulling the connector off. Next, use a Phillips screwdriver to remove the two screws holding the sensor in place. Then remove the sensor by pulling straight up.

Using CRC Mass Airflow Sensor cleaner (can be purchased at any auto parts store), spray the sensor element/housing and make sure it is fully wet. What the chemical does (make sure to wear safety glasses and gloves) is loosen dirt and debris buildup on the element and cleans it in the process. Make sure to thoroughly douse the sensor while taking care to keep the electrical connector part dry. The element is very sensitive so just use the spray. DO NOT use any kind of brush or towel on the element or you’ll risk damaging it (these things aren’t cheap). See the attached video.

After cleaning, let the sensor sit on a lint-free towel (or paper towel) for about 20 minutes to dry completely. Reinstallation is pretty much the reverse and that’s it! Shouldn’t take you more than 30 minutes total! In the next part, I’ll discuss disassembling and cleaning a dirty throttle-body, another impediment to good gas mileage. Stay tuned!