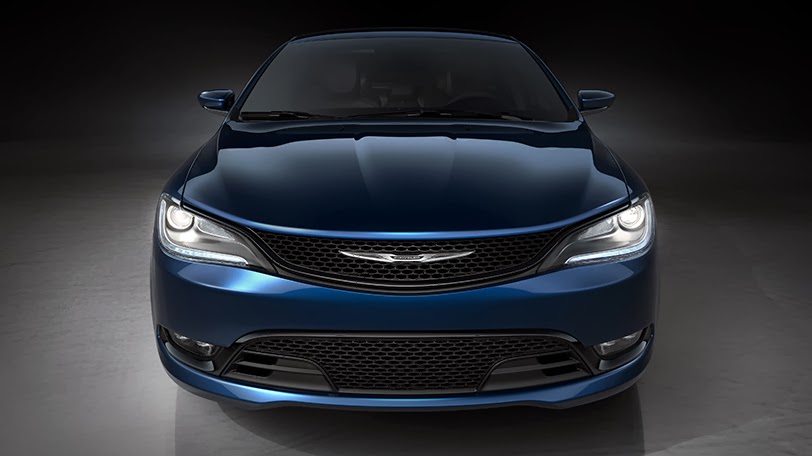 Let’s face it, the current Chrysler 200 (and by extension the Dodge Avenger) only exists to fill your need for an affordable rental vehicle at the Hertz counter. What was the Sebring in 2007 and substantially refreshed for 2010, gaining the 200 moniker, was already a bad car to begin with. That refresh amounted to nothing more than applying lipstick to a pig. Despite this (and largely to Chrysler using the car to debut its “Imported from Detroit” marketing pitch), the 200 saw quite an uptick in sales. Driving one briefly a few years ago led me to believe this car wasn’t bought because it had a good ride, fancy electronics or a huge cabin (although that powerful Pentastar 3.6L V6 did wonders for it). You got one because either Hertz didn’t have anything else available or because the dealer was practically giving you one for free.

The new Fiat-owned Chrysler would rather you forget about that dud of a car and feast your eyes on the brand-spanking new 2015 Chrysler 200, a car that Chrysler hopes will do for its fortunes what the 300C did way back in 2005: put it back on the map. 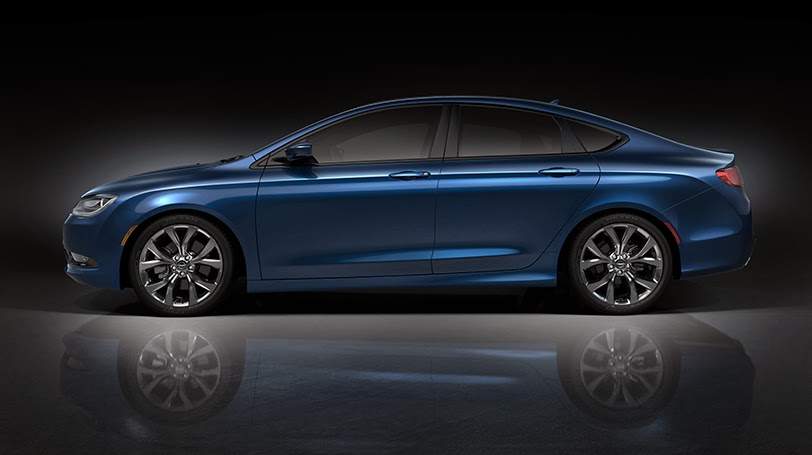 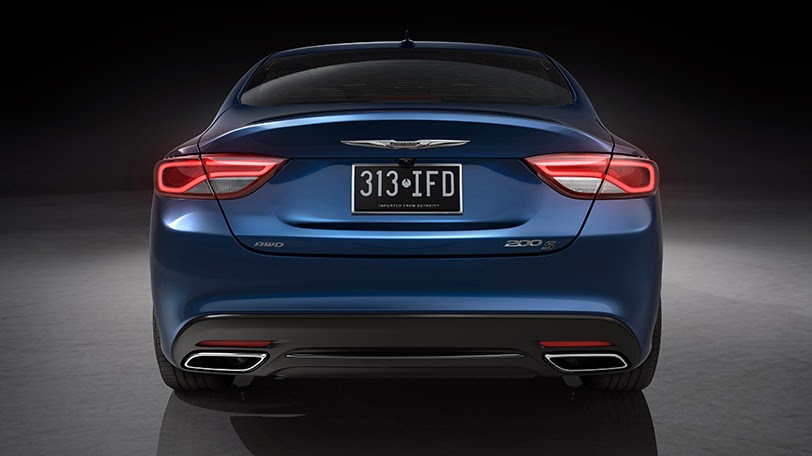 The 2015 200 doesn’t just premiere Chrysler’s new assault on the mid-sized car segment, it also previews a new design language for Chrysler’s future products moving forward. Quite unlike the previous 200’s bulbous, shrunken look, the new model embraces the sleek, 4-door coupe look that seems to be all the rage today. It sits long and low on a stretched and widened version of Chrysler/Fiat’s CUSW (Compact U.S. Wide) platform (also underpinning the Dodge Dart and Jeep Cherokee) which should thoroughly advance the 200’s ride/handling qualities. The slim headlights now flow into the grille and are accented by LED light pipes with a slightly revised version of Chrysler’s winged emblem smack between the headlight clusters. It is elegant and fetching. The rear features dual exhaust outlets on higher trim 200s and the LED tail lights will remind you of those on a Maserati. If you’ve seen a Dodge Dart, the new 200’s stance will be familiar but the design is an entirely more cohesive and classy take with more than a touch of Italian flair. 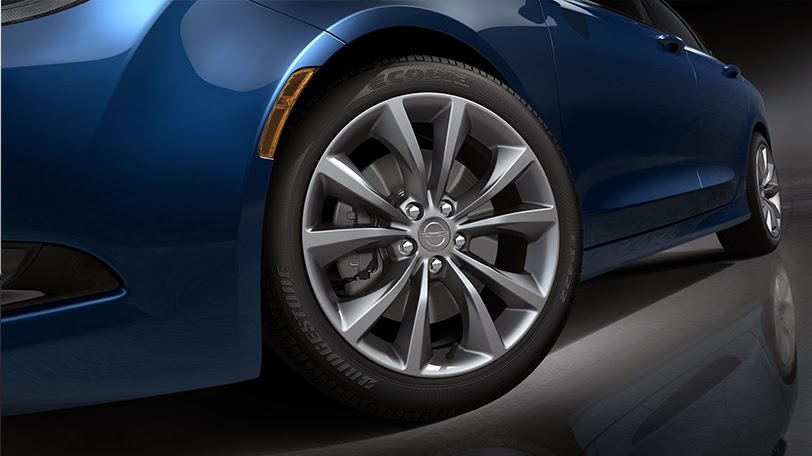 Power will come from your choice of two engines. Base 200s will be equipped with Chrysler’s 2.4L ‘Tigershark’ inline four cylinder, fitted with Fiat’s Multiair 2 valve-lift technology. Rated at 184hp and 173lb-ft of torque it is essentially the same engine fitted to uplevel Dodge Darts and is competitive with other base midsize car engines. The optional engine will be the 3.6L Pentastar V6, one that has been proliferating throughout the Chrysler empire, here making a stout 296hp and 262lb-ft of torque. Both engines will spin through a brand new ZF-designed, nine speed automatic transmission, higher trim models offering the option of paddle shifters on the steering wheel. Front wheel drive will be standard and, a rarity in this segment, all wheel drive will be option. Based on the same system in the new-for-2014 Jeep Cherokee, the 200’s will have the ability to completely decouple the rear axle when power to rear wheels isn’t needed, improving fuel economy. When situations deem four driven wheels are necessary however, the system can send as much as 60% of the engine’s power rearward. Even when equipped with AWD, the 2015 Chrysler 200 will boast fuel economy either matching or exceeding those of its competitors. Figure high 20s around the city at least 35mpg highway for front wheel drive models. 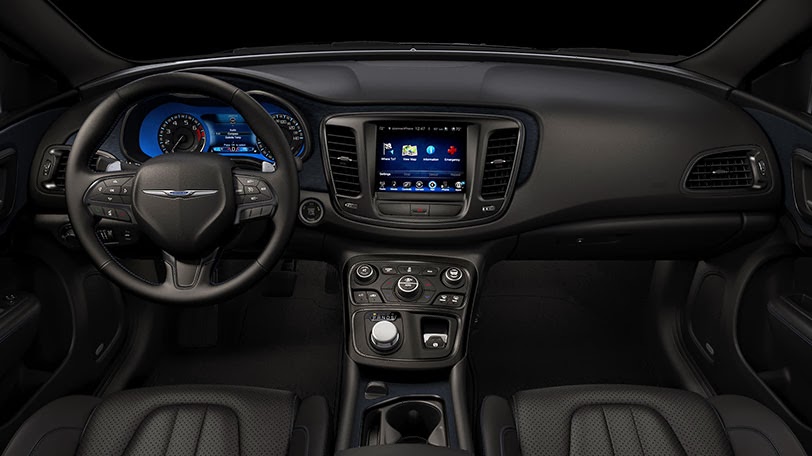 It is the 200’s interior which will perhaps be the biggest sign that Chrysler has sweated the details. Carrying over nothing from its predecessor, the 200 will boast a cabin that approaches top of the class. Quality craftsmanship in the materials and textures seem to abound everywhere, the seats look substantial and comfortable and the center console design appears thoughtful and logical. Chrysler’s outstanding UConnect infotainment system will be front and center, housed in an 8.4 inch touchscreen while below sits a floating console which houses a new rotary shifter for the nine speed automatic as well as climate system controls and storage for smartphones and other portables. The driver will face a 7 inch information screen between the standard circular gauges that offers customization touches through buttons on the steering wheel. The infotainment system will feature voice control operation, the ability to read text messages out loud and SiriusXM Traffic Link which can build a weather map around any route and will even display fuel prices at nearby fuel stations. 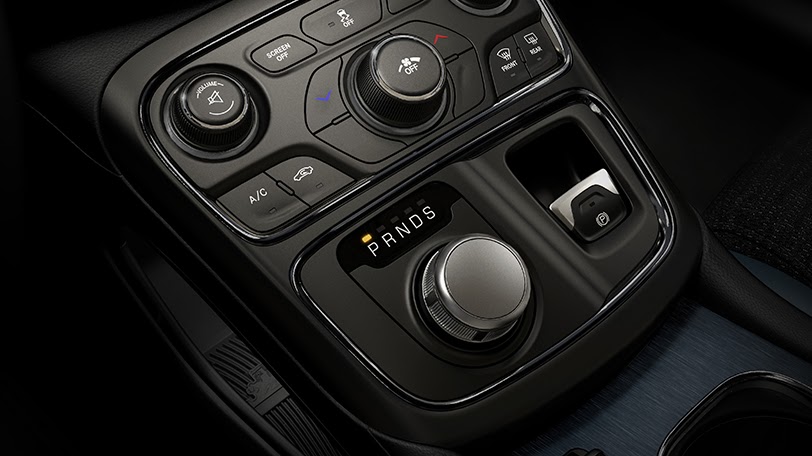 Pricing for the 2015 Chrysler 200 will start at a competitive $22,000 with higher trim 200 Limited, 200S and 200C variants available. Dealer shipments will begin later in the spring but start fiddling with Chrysler’s online build-and-price tool right now. With a beautiful exterior, a host of whizbang tech, fuel efficient engines and an enhanced look to quality, the 2015 Chrysler 200 looks well equipped to permanently erase the mistakes of its former self and take the fight to the midsized segment. From all indications, this will be the 200 you’ll actually WANT to buy.