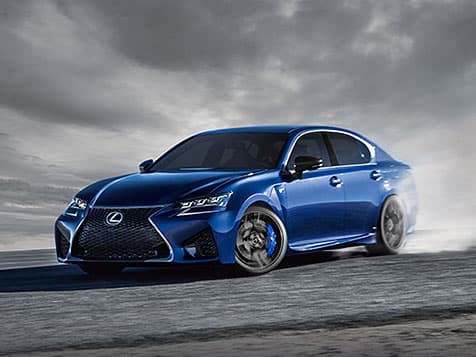 It’s hard to believe that yet another sedan has fallen in the wake of the lava-hot crossover craze. Well, hard to believe that the sedan in question is the venerable Lexus GS. After nearly 30 years of continuous production but slowing sales, Lexus pulled the plug on its mid-sized sedan, leaving the one-tier-down IS to soldier on and fill the void left. It is yet another reminder of how far sedans have fallen out of favor with consumers, though others (BMW, Audi, Mercedes) are still going strong. I’ve always considered Lexus’ mid-sized competitor to be a fantastic driving machine and a viable alternative to the stalwart BMW 5 Series. So why discontinue one of the original and most driver-centric sedans in the portfolio? Let’s take a brief history lesson.

When the Lexus GS was first introduced in North America in 1993, it added another model to the Lexus’ portfolio at the time, which included the LS and ES sedans. While the GS was larger in size than the ES, it sported a RWD chassis and a 3.0-liter version of the now legendary 2JZ-GE inline six cylinder (in non turbocharged form) from the Supra sports car. Styled by Italdesign Giugiaro the new GS model was simple and subtle in its Euro design and while sales were decent, the GS didn’t reach true success until its second iteration. Under the marketing pitch “Something Wicked This Way Comes”, the Lexus tagged the GS as the high performance alternative to the otherwise quiet and sedate siblings in the showroom. Packing the same inline six from before, but now offering an optional 300-hp, 4.0-liter V8, the GS saw immediate sales success. Styling was distinctly Japanese through and through, even down to the Nakamichi premium sound system. Here then, was a viable Japanese competitor (Infiniti Q45 aside) that could take on the likes of the German trifecta: BMW 5 Series, Mercedes E-Class and Audi A6.

After a very successful run, Lexus brought in the GS for a comprehensive redesign in 2005. Introducing the world to the new L-Finesse design language, the Lexus GS became a leaner, more sophisticated and “passionate” (from the designer’s mouth) car. Still sporting the quad headlamps from the second generation, the S190 version launched in the US with the GS300 (ditching the smooth but heavy iron block inline six for an all-aluminium, 24 valve 3.0-liter V6 with 245-hp and 230 lb-ft of torque) and GS430, retaining the V8 from the previous generation now bored out to 4.3-liter. For the first time, Lexus equipped the GS with all-wheel-drive, though only on the GS300, as well as an all new hybrid version, the GS450h. For six years, the L-Finesse GS soldiered on with a mid-cycle refresh granting it the use of an uprated 3.5-liter V6 (GS350) and a new 4.6-liter V8 (GS460), the latter only being available for a few short years before a total redesign took place in 2011.

It was during this time that Lexus became very serious about performance, launching the ‘F’ marque as its high performance brand. Under this new direction, the IS-F directly competed with the BMW M3. Sporting a 5.0-liter version of the V8 found in the full-sized LS460, the IS-F produced 417-hp and 371 lb-ft of torque. With the IS-F leading the way and the LFA supercar serving as a halo model for the brand, it was only a matter of time before Lexus would share the F brand with the larger GS. Some outfits reported a watered-down, simplified version of the screaming V10 from the LFA equipping the potential GS-F that would’ve provided more than match for the V10-powered BMW M5 and Audi S6. With the redesign of the GS in 2011, Lexus followed its LF-Gh concept car’s design language and moved away from the fastback profile of the previous car to a more traditional look, mimicking the larger LS. A new hourglass, spindle grill would define the look of Lexus vehicles moving forward as well as incorporating L-shaped banks of LED lighting for the front and rear. The GS350 would make a comeback initially as the base model with the GS450h hybrid standing as the top level model. Lexus never offered a standard V8 version of the GS due to poor sales of the previous generation.

When spy images began to leak of a hotter GS variant in the works, sporting the now signature stacked, quad taillights, speculation began to swirl regarding the powertrain. Would it be a V10? Or some version of forced induction for the 5.0-liter V8 from the IS-F? In 2015, the world found out when Lexus finally unveiled the GS-F with the naturally aspirated 467-hp 5.0-liter V8 from the RC-F coupe. Hmm, not quite the 500+ hp M5/E63 stomping numbers we were expecting. How could this be? Sure the GS-F bucks the growing trend of attaching turbos and low-rpm grunt for good ol’ natural aspiration and high revs (yes, the 5.0-liter’s voice would not be stifled by forced induction). But how would the GS-F compare to its competitors? It turns out that, unlike the earlier IS-F, the GS-F was not necessarily aiming to join the German horsepower wars. Chief designer Yukihiko Yaguchi was very adamant about the GS-F’s mission: finesse. A sports sedan should be easy to drive on a back road and its limits approachable.

True, in comparison to the competition at the time (M5: 560-hp, CTS-V: 640-hp) you’re not setting any speed records in the GS-F. What it lacks in outright speed, it made up for in lighter weight, a trick torque-vectoring rear differential and a chassis honed and stiffened to exploit every one of the V8’s 467 horses. Testing by major media outfits praised the GS-F’s more accessible and simplistic approach to performance in contrast to its German competitors. Now, as good as the GS is, it can’t escape the market. While worldwide sedan sales have been in a slump in recent years, the Lexus line has seen the GS suffer the most. The front-wheel drive ES sold 48,000 units in 2019 while the GS sold a very weak 6600, not substantial by any means. Based on these lackluster figures, in April, Lexus made the tough decision to discontinue the GS line after the 2020 model year.

It’s a sad end to what was truly a fantastic sedan. Today, the Lexus GS models are highly sought after on the used car market for the legendary reliability and luxury that Lexus is known for. While the tamer ES still caters to the buyer more interested in isolation and comfort, the GS (and its little brother IS) appeals to the sporting driver and are both brilliant cars to drive. It remains to be seen whether the IS can truly live up to the reputation the GS has built. For those who mourn the loss of this great sedan look on the bright side: in a few years the Lexus GS-F will be a fantastic performance bargain.

2 thoughts on “Death of the Lexus GS”