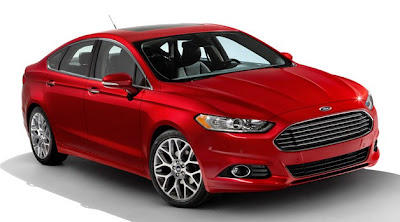 The mid-sized car segment has been a hotly contested part of the automotive scene for decades now. The addition of newly excellent Korean cars like the Hyundai Sonata and Kia Optima only serve to fuel competition within the segment and force long time stalwarts like Honda and Toyota to make improvements to their respective Accord and Camry models in order to fend off the newcomers. Ford was once a leader in this class when it debuted its brilliant Taurus sedan in the late 80s, which quickly shot to the top of sales charts to become Ford’s best selling sedan. The Taurus was however quickly surpassed by the Japanese and despite numerous attempts to regain honors, Ford broomed the nameplate in the early part of the last decade. Taurus however would resurface in 2007 to tackle the full sized sedan segment, leaving the Mazda 6-based Fusion to compete in the mid-sized segment. After 6 years on the market, the Fusion has been redesigned under CEO Alan Mullaly’s ‘One Ford’ concept on the same platform as the European Mondeo sedan. 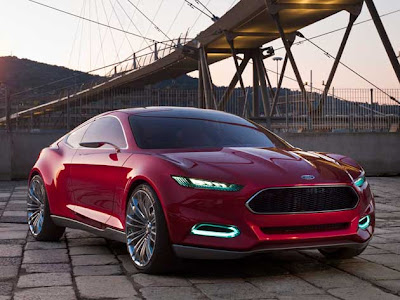 The overall exterior design borrows heavily from the Ford Evos concept car, a striking design exercise that debuted at the 2011 Frankfurt International Auto Show. A grille design very similar to Aston Martin products (but no less handsome) frames the front end along with narrow slit headlights. Nix the Ford badge and the Fusion could actually pass for an Aston Martin Rapide. Whereas the 2012 Fusion was a bit overwrought in styling, the new model strikes a more handsome, reserved yet bold pose. The steeply raked windshield and fast roofline work to give the new Fusion a coupe-like appearance without a dramatic dent to interior volume. 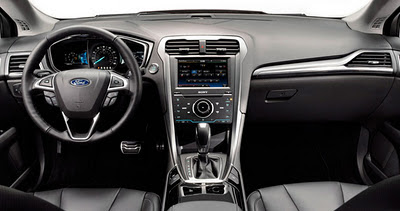 The interior itself is a good improvement over the 2012 model. The 2013 Fusion debuts the second generation of the MyFord Touch infotainment system, with a new dashboard design, enhanced controls and a more friendly user interface that should supposedly make operating the system less of a chore. The materials are said to be first rate and while not as design-centric as say, the Hyundai Sonata, the interior is overall elegant. 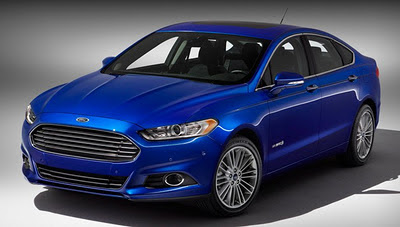 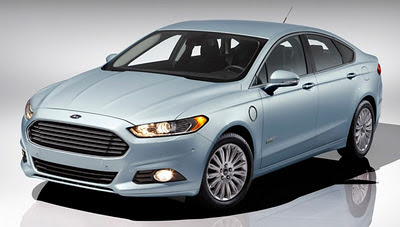 The Fusion hybrid will again be available boasting fuel economy that is poised to beat those of competitors from Toyota and Hyundai. Power for the new hybrid comes from a downsized 2.0 Atkinson -cycle version of the previous model’s 2.5 liter engine paired with an electric motor, lithium-ion battery packs (details to come later) and a continuously variable transmission (CVT). Ford is touting a class leading 47 mpg city/44 mpg highway rating with the combo producing a total power output of 185hp. If a plug-in hybrid is more your thing, Ford will introduce an all new variant of the hybrid called the Energii. This model uses a plug-in variant of the Hybrid’s powertrain and brings with it the ability to go short distances on pure electricity. The details surrounding this powertrain are still a bit murky, but Ford is already boasting the Energii’s mpge (miles per gallon equivalent) rating as beating that of the Chevy Volt and Toyota Prius plug-in. 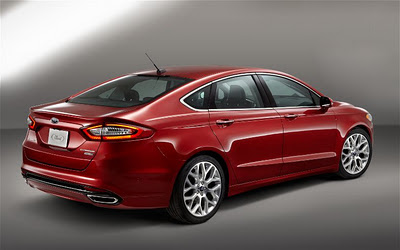 Ford is certainly making a big splash in the midsized segment with the 2013 Fusion. With handsome styling, fuel efficient powertrains, perhaps the techy-est infotainment features and a choice of hybrid models, the Fusion looks set to take the fight to Toyota and Honda while fending off newer competitors from Korea.