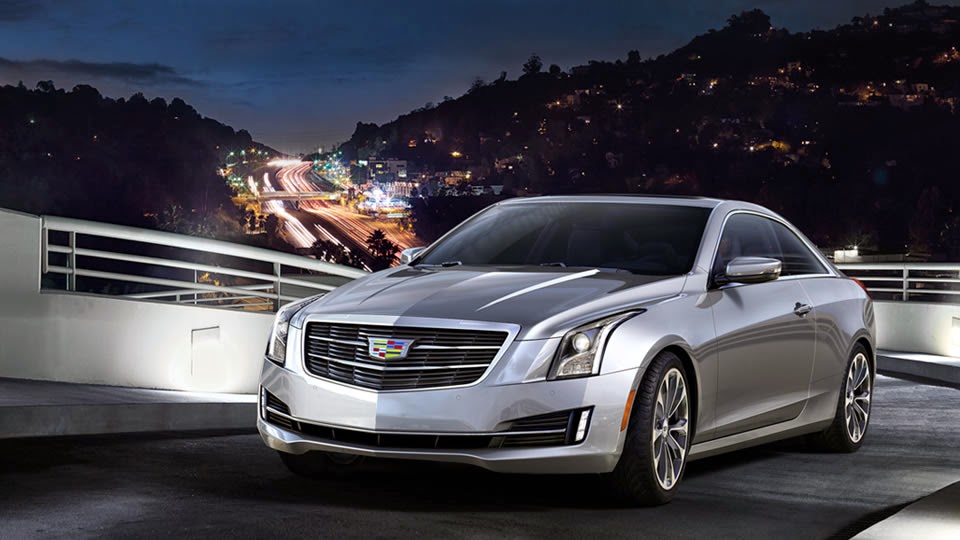 Back in 2008, Cadillac surprised the world with the Cadillac CTS Coupe Concept at the Detroit Auto Show. It was such a visual stunner and hit with attendees that Cadillac quickly pushed it into production virtually unchanged. This concept showed the depth of General Motors’ design studio and the willingness to push the Art & Science language to the extreme. Now that the CTS has climbed one level higher to compete with 5 Series/E Class crowd and no plans to do a two-door version (yet), the ATS has assumed the role of 3 Series/C Class fighter. With multiple versions of those cars littering the road, it was a given that the ATS would diversify its model range to compete right? Most definitely. After the sedan comes the coupe and while the sedan strikes a clean yet attractive design, any expectations of a stylish coupe along the lines of the previous CTS two-door were summarily shot down when the covers were finally pulled off this year. 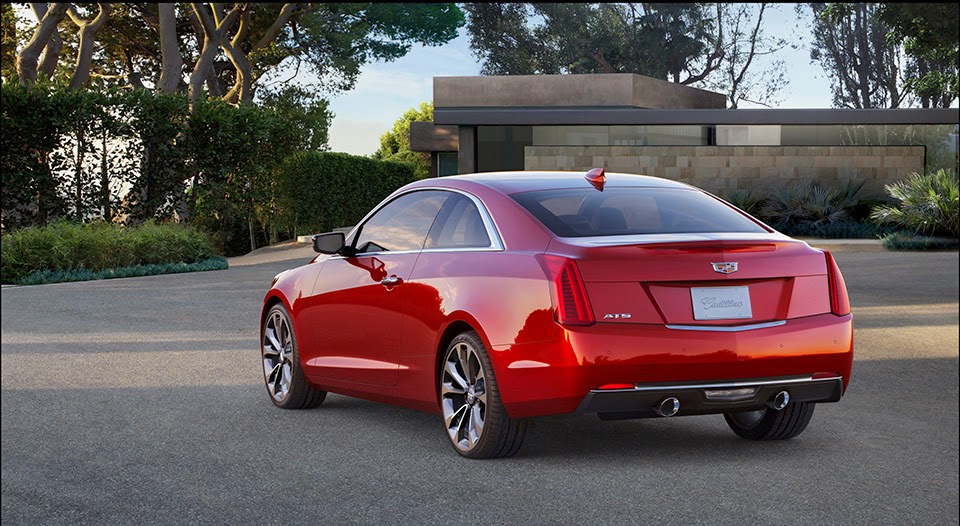 You really can’t be mad at the ATS Coupe’s lines but maybe you’re thinking, “that’s it?” I mean yes, it is clearly an ATS derivative but coupes are supposed to be far more fetching than their four door brethren. Like the younger, hotter, more outgoing sister to the practical, glasses-wearing but still attractive older sibling. One need look no further than the Audi S4/S5 duo or even the BMW 3/4 Series for comparison. In any event, few pieces of sheet metal are shared between the sedan and coupe. In designing the two door, Cadillac widened both front and rear tracks while snapping on slightly puffed out fenders. The face is ever so slightly more aggressive and the grille now sports the new Cadillac crest, minus the wreath (which debuted on the Elmiraj Concept). While attractive as a whole, the ATS Coupe doesn’t have the WOW factor that blew everyone away like the old CTS coupe did. Cadillac’s playing it safe with this one folks. 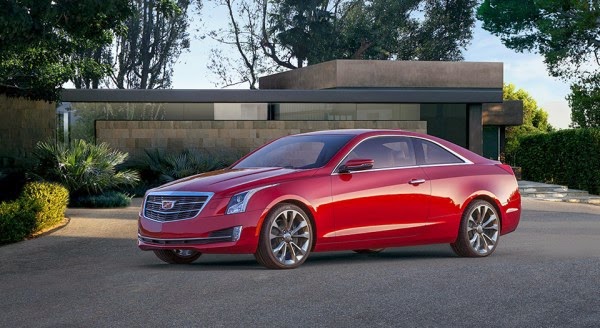 Despite the ATS being a year old, Cadillac has done a little tweaking under the hood. For the coupe, engine choices begin with the 2.0L turbocharged inline 4 cylinder (skipping the 2.5L inline ‘bore’ four) with 272hp and torque boosted from 260lb-ft to 295, all of it available from 3000rpm. With a curb weight just over 3400lbs, Cadillac is estimating the 0-60mph run taking 5.6 seconds when equipped with the standard six speed automatic. A six speed manual is optional but you wont find it hitched to the big 321hp, 3.6L V6 as it comes only with the automatic. All wheel drive will be available with both engines. The ATS has demonstrated to be quite the handler (see my first test here) and the Coupe will only enhance this dynamic trait. The suspension is basically the same as the sedan (MacPherson struts up front and a five-link, independent setup at the rear) but features lighter materials and a slightly stiffer chassis. A sportier FE3 suspension is also available which includes Cadillac’s magnificent Magnetic Ride Control, 18 inch wheels shod with summer tires and a limited slip differential. Watch out BMW… 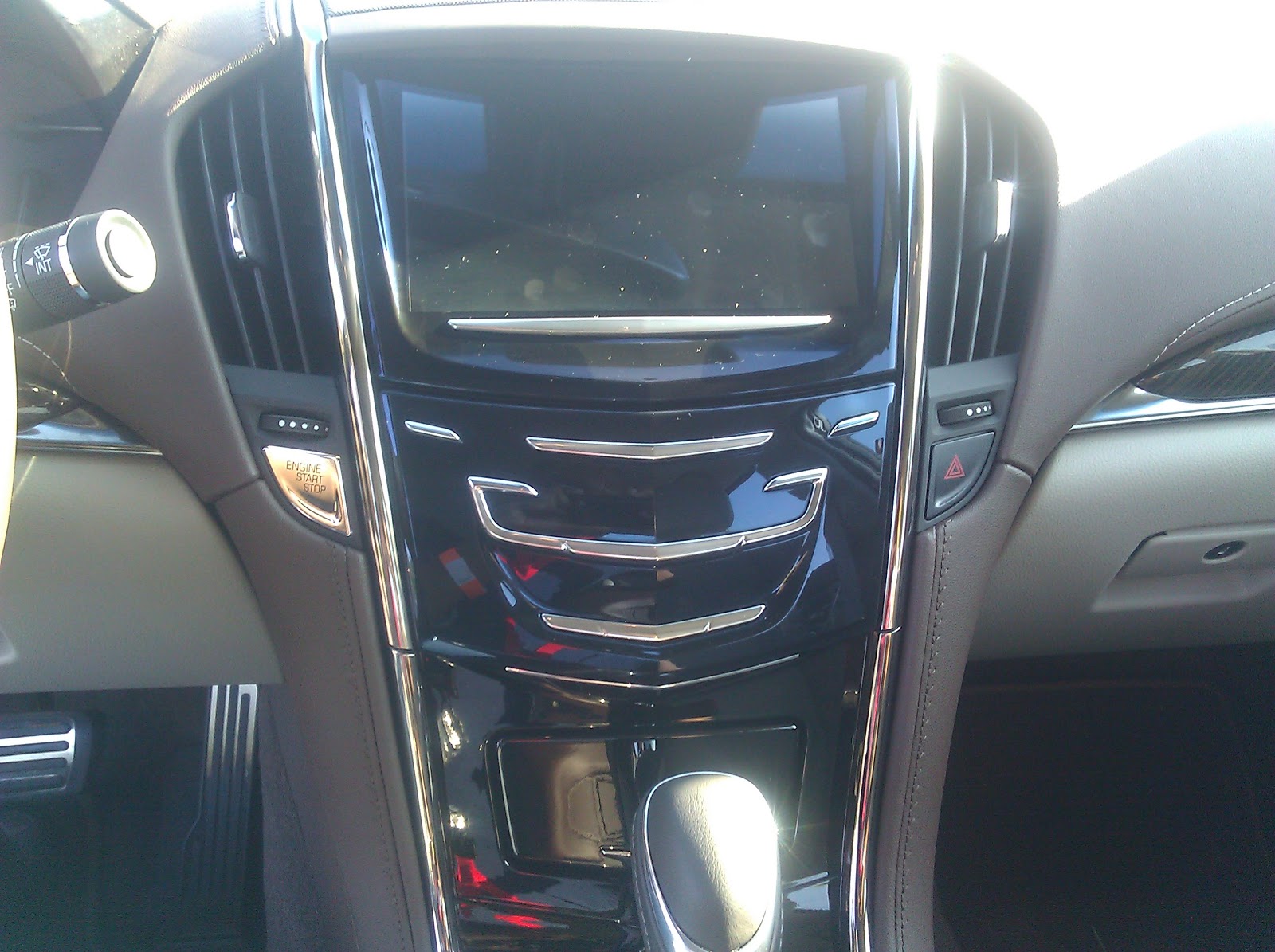 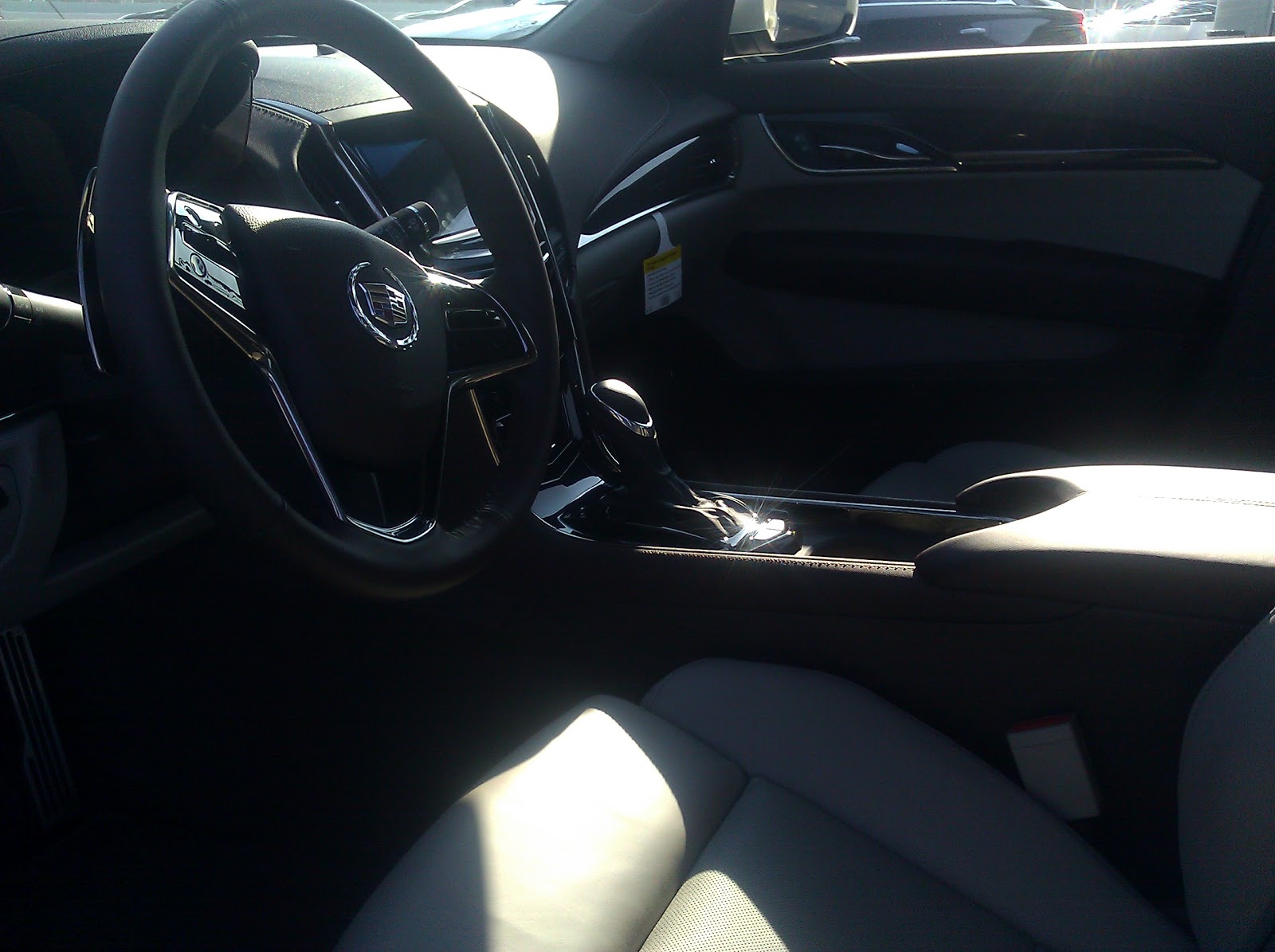 Inside, the ATS continues to impress with the same elegant layout as the sedan: leather everywhere with either aluminum, wood or carbon fiber accents sprinkled liberally. The CUE infotainment system is also present and accounted for (except on Base models) and comes with new features such as text-to-voice for messaging, a built-in WiFi hotspot that can connect up to seven devices and Siri Eyes Free capability for those with iPhones. Driver safety features also abound: lane-keep assist, collision avoidance which, with the aid of radar and ultrasonic sensors can automatically apply the brakes if the driver fails to, blind-zone alert and an optional heads-up display. Pricing hasn’t been announced but expect the Base ATS Coupe to start slightly higher than the $36,020 MSRP of the Turbo sedan.

With the just-on-sale BMW 4 Series already racking up sales and a new Mercedes C-Class Coupe expected to debut shortly, it seems the Cadillac ATS Coupe will have its work cut out for it. Sure it’s not the looker that is the old CTS Coupe, but with its sedan counterpart already kicking German tail, the ATS Coupe has quite the chance to upstage the pecking order.