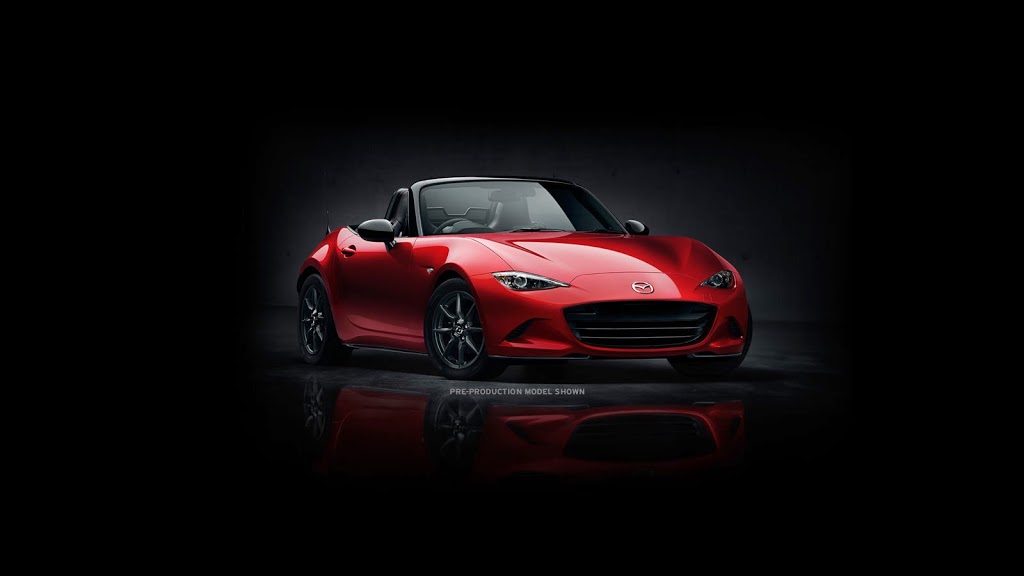 There’s just something about the classic British roadster that warms our hearts here at Test Drive. Long hood, short rear deck, compact size and the ability to put the roof down are attributes we almost fall down over ourselves to worship as the hallmark of how proper motoring should be. Forget thoughts of practicality, luggage space and the like. When we want to go out for a Sunday drive to tackle some twisty roads, we almost inevitably reach for a set of keys that start up a roadster of some kind.

Since 1989, the Mazda MX-5 Miata has been the go-to car for drivers who want simplicity, tautness, nimbleness and open skies. The last time the Miata was redesigned in 2006 (eons in car years), Mazda has steadily upgraded the car, but not to the extent that its soul was diluted. Sure, you could argue that compared to newer cars, the current NC (chassis code name) Miata is sorely lacking in amenities. Navigation? Nerp. Satellite radio? Nope. Bluetooth? Only for calling. Hell, the cabin barely has space for cup holders, let alone to store your smartphone. Younger drivers might balk at such inconsistencies, but long-time Miata lovers praise this almost extinct level of simplicity that doesn’t detract from the reason you’re sitting in the driver’s seat in the first place. That said, compared to Mazda’s recently revamped lineup, the Miata is the sole vehicle (other than the dead-car-driving Mazda5) that looks sorta out of place, still sporting the Joker-like grin of Mazda’s previous design language. Fresh off the success of the new Kodo design style and Skyactiv technology, Mazda has now brought the full weight of these attributes to bear on the Miata.

At first glance, the 2016 Miata doesn’t appear to share much with the rest of the lineup. You could say we were expecting some version of the 2015 Mazda3’s face to be grafted on the front end with the rest of the body following suit. A more detailed look at the images reveal Mazda’s styling intent for the Miata: lower, wider, aggressive/assertive. Where the NC Miata is a tidy package in its own right, the new ND is more visually interesting to look at. The front end is almost impossibly low, barely passing front end crash regulations, the headlights follow suit, being placed lower in the front fascia and flanked by aggressive side air inlets for the front brakes. Mazda engineers placed the engine as low and as far back as possible, allowing designers to style the front end for that signature, shark-like look. The fenders, previously afterthoughts on the old Miata, are now prominently styled and flow from their peaks at the top of the front wheels back through doors and towards the rear end where they curve dramatically around the car’s rump. The more we stared at the rump, the more “Jaguar F-Type” kept staring back. Just like that British sports car, the Miata’s rear end features wide and defined rear fenders and slim tail lights that would make Ian Callum, Jaguar’s head honcho of design, blush.

Weight is the enemy of performance and to that end, Mazda went gung-ho on bringing the Miata back to its roots. While the current NC Miata is no tub-o-lard at around 2500 lbs, the new ND car chops a pretty significant 200 lbs from that weight, literally inching it closer to the original Miata. Increased use of ultra high-strength steel and a sprinkling of aluminum pieces has endowed the Miata with a stiffer, lightweight and compact chassis. The wheels are also not oversized and, we suspect, will be no larger than 17 inchers, even as options. These cars were never about high-horsepower engines (even the last Mazdaspeed Miata barely broke 180 hp from its turbocharged 1.8L engine) so we have no reason to expect the new Miata to be any different. We do expect Mazda to power the ND Miata with a SkyActiv engine, the 2.0L 155hp four cylinder currently doing duty in the CX-5 and Mazda3 being the likely candidate (though we expect a bit more power to be extracted for its new duty). The upcoming Mazda2’s 1.5L four banger is another motor, perhaps forming the base engine with the 2.0L being the uplevel option. With the Miata’s lightness enhanced, the driving experience should be even more driver-focused and slot car-like than the current model.

Interiorwise, the new MX-5 will be light years ahead of the current model in terms of infotainment and connectivity. Expect features like navigation, Bluetooth music streaming and calling, and satellite radio to show up (as well as Mazda’s rotary controller on the center console). We wouldn’t hold our breath on others like lane departure warning, radar cruise control and City Stop to be anywhere on the options list (remember this is supposed to be a lightweight car). Storage space, another Miata-negative, may improve slightly though from the interior shots we were able to look at, it seems there’s no glovebox and perhaps no cupholders. We think Mazda will at least, in a nod to the smartphone world we live in, provide space to store your device as well as USB slots to power the things.

Like the engines, pricing has yet to be announced. We don’t even know if the Miata will be offered as a hard top or a PRHT (power retractable hard top) model like the current car, though with a take rate of 52% versus the soft top model, we’re pretty sure Mazda will offer the option if not sooner then later. While it may not have the giant resources of its competitors like Honda and Toyota, Mazda’s newly independent status and its small stature allow it to focus its resources on what matters: the driving experience in all its products. With the new MX-5 Miata, Zoom Zoom truly lives on.

Images courtesy of Car and Driver and Mazda.