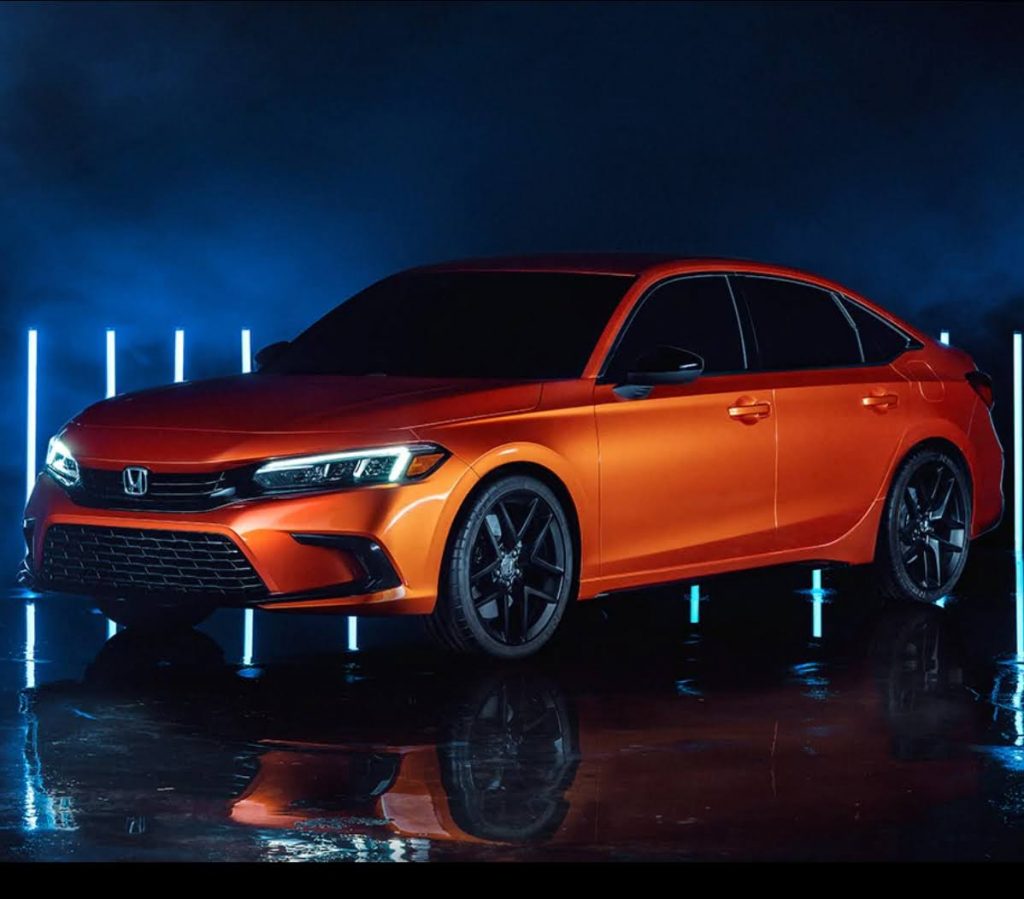 If you’re not a fan of the current Honda Civic’s avant-garde styling, I don’t blame you. Seeking to rectify the 9th generation’s vague attempt of a visual expression, Honda went all out on the current Civic. Look no further than the current Type R for the apex of the Civic’s styling. Polarizing? Yes. In all other attributes, the 10th generation Civic is a global winner, increasing Honda’s market share 20 percent and consistently outselling its main rivals, Toyota Corolla, Hyundai Elantra and the Mazda3. Not looking to screw up a good thing, Honda sought to maintain the Civic’s success by carefully improving its strengths.

Borrowing some cues from the larger Accord, the 2022 Civic’s styling is more formal and restrained compared to the current model. Gone are the slashes and multiple creases that looked like Japanese origami, replaced by a smoother sheetmetal and a sleeker look. Less boy-racer and more mature is an apt descriptor of the Civic’s design evolution. From the side, the Civic’s longer hood exudes a rear-wheel drive look (it’s front wheel drive) and this is down to the designers moving the A-pillar back and downwards slightly. The new Civic might look longer and it is (by and inch) but it’s all in the exterior design. The LED headlights (which should be standard) look fantastic and the Civic’s read end has a Volkswagen/Audi look. Whereas its predecessor had an aggressive, yet playful look, the new Civic has grown up to young adult status.

While there’s no word yet on powertrains, Honda did confirm that manual transmissions will be available across all Civic variants (yay!). Built on an evolution of the current car’s platform, the new Civic will retain the playfulness of the current car and incorporate better NVH tech for a quiter interior. Better yet, Si and Type R variants will return while the Coupe, which died this year, will remain buried. That said, Honda may see fit to extend the Si’s offering to the hatchback. Speaking of fit, the Civic will now have to do double duty as the brand’s new affordable entry point along with the HR-V with the Fit no longer being sold in the US. To affirm this role, Honda promises the Civic’s price won’t move by much and any hike in price will be compensated for with increased standard equipment.

Interior room was large by compact standards and will remain so for 2022. The new Civic will see a boost in technology with a new digital gauge cluster and a 9.0-inch infotainment screen (volume knob included). A faster system compliments the screen with better graphics, wireless Apple CarPlay/Android Auto and a more user-friendly design. Safety features also see a boost with more standard air bags than the current car and an upgraded suite of Honda Sensing active and passive safety systems.

Honda will announce more details closer the car’s official production debut in spring of 2021. If this Civic Prototype is shows anything, it cements Honda’s dedication to retaining the Civic’s crown atop the compact segment. I honestly can’t wait for the hotter Si and Type R variants.