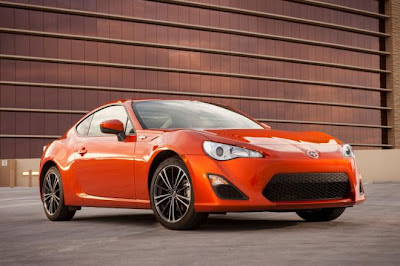 All hail the return of the affordable RWD sports car! (From Subaru!?)

Birthed from a collaboration between Toyota and Fuji Heavy Industries (Subaru’s parent company and partly owned by Toyota), the FR-S/BRZ was developed to inject some excitement back into the Toyota vehicle lineup while providing Subaru with a brand new line, distinct from their AWD vehicles. Let’s face it, other than (maybe) the Scion tC and (perhaps, kinda-sorta) the off-road FJ Cruiser, Toyota really has nothing affordable and sporty to entice the performance oriented crowd (and no, the Corolla/Camry SE is NOT sporty). The Lexus IS-F sport sedan and LFa super car are at the opposite end of the spectrum: pricey and uber-pricey respectively. The Celica was the last affordable sporty product that Toyota produced before it was dropped from the lineup in 2006. Since then Toyota has stood on the sidelines while other automakers claimed the shrinking pool of 2 door sports cars: Nissan continued developing its Z cars, leading up to today’s 370Z and, unlikely as it sounds, Hyundai stepped in replacing its Tiburon with the Genesis Coupe. Realizing that Scion was barely appealing to its youth oriented market (the xA and xB were not sporty and the tC oriented more towards comfort than sport) Toyota decided to test the waters, unveiling the FT-86 concept at the Tokyo Motor Show in October 2009. Built on a modified Subaru Impreza platform, sporting sleek styling and powered by a new Toyota-Subaru D-4S 2.0 liter boxer engine, this concept heralded the things that were to come from this collaboration.

Three long years later, here we have the Scion FR-S (Toyota FT86 in Japan) and the Subaru BRZ.

Let’s focus on the Toyota version, as most of what makes this highly anticipated car translates more or less directly to the Subaru BRZ.

Some of the engineering goals set for the FR-S (which stands for Front-engined, Rear wheel drive, Sport) included it being lightweight, balanced and (according to Toyota CEO Akido Toyoda) fun to drive. The FR-S weighs a scant 2700lbs, some 300-500lbs lighter than a Hyundai Genesis Coupe and shorter by almost a foot. Within its short wheelbase the FR-S boasts a lower center of gravity than a Porsche Cayman, greatly aiding in the coupe’s cornering ability. Front/rear weight balance percentage is set at 53/47, intentional says the program engineers in order to take advantage of the car’s lighweight rear wheel drive chassis, which is suspended by MacPherson struts up front (with a standard Torsen limited slip differential) and a multi-link arrangement at the rear. A newly developed 2.0 liter direct injected, naturally aspirated boxer 4 cylinder provides motivation with 200hp and 151lb-ft of torque through either a 6 speed manual or a 6 speed automatic. A new design differing from Subaru’s standard Impreza engine, a flat 4 cylinder boasts a lower center of gravity, allowing engineers to practically bury the engine as low to the ground and as far back in the engine bay as possible. Now 200hp may not sound like much, but given the FR-S’ low weight it moves the car with adequate, if not stirring, gumption. Standard wheels are17 inches with 215/45-17 Michelin Primacy tires. Interesting fact: these are the same tires Toyota uses as optional equipment on the Prius hybrid. Why not more focused tires given the purpose of the FR-S? Toyota imagines the car to be a blank canvas for racers. Of course there will be numerous factory optional equipment (as well as immense aftermarket support) to make the FR-S a great track car, but the inherent goodness is already baked into the platform.

Inside, the FR-S is not luxurious, but presents an atmosphere that lets the driver get down to the business of driving. The surfaces aren’t Lexus-like but of high quality given the car’s base price of just over USD24,000. The FR-S is a 2+2 seating arrangement but, like other 2 door coupes, not much room exists behind the front seats for normal sized passengers (a good way to punish unruly kids though). The rear seats do fold flat to accommodate items larger than the smallish trunk will allow. Toyota expects this car to be used as a track day vehicle and thus ensured that 4 mounted tires would fit in the space behind the driver with the rear seats folded (helpful aren’t they?)

The FR-S (and by extension the BRZ) is a major turning point for Toyota. Anyone who remembers the legendary Corolla AE86 will be thrilled at this car’s arrival. While not fast in a straight line, the AE86 proved that an underpowered (or adequately powered) RWD car can be entertaining on a track if the chassis is engineered with the right balance of stiffness, low weight, power and dynamics. Sure the tires will give up grip way before the chassis even reaches its limits, and yeah sure there’s ‘only’ 200hp to play around with, but that emphasizes Toyota’s mission for the FR-S: affordable and fun-to-drive.

I must admit, I had my doubts about the FR-S. Would Toyota even build it? Would do its job of injecting excitement into Toyota’s honestly NOT-FUN product portfolio? If initial orders are to be believed, Toyota has really created something special. The FR-S should be in showroom as of this writing and Scion is expecting sales of 20,000 annually (Subaru however has significantly lower expectations of around 6,000). Auto-journalists who have taken both for drives are raving about the coupe’s fantastic track abilities (see first tests here and here). Only a matter of time before I get a crack at it.