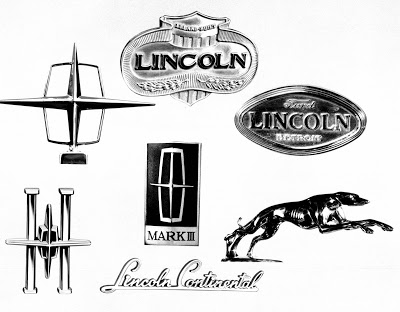 My how you’ve lost your way. I fear you’ll suffer the same fate as your Mercury brother did a few years ago when old mother Ford had to choose which of you she was going to take a shotgun to behind the house. Back then, the two of you seemed like fair game as your products were startlingly similar to Ford’s own blood children. The long-in-the-tooth Navigator? The SUV that, ironically, gave birth to Cadillac’s own selling-like-hotcakes Escalade? Oh, just a chromey version of the Ford Expedition. The MKS? Just a Taurus with a toothy grin. The MKZ? A rebadged Fusion (which also did duty as a Mercury Milan for a while) with a chrome schnoz. The only bright spark that you could point to was the Town Car, a vehicle built on a chassis so old that it even predates me by a number of years. A bright spark only because it gave the livery industry the right car for shuttling executives, dignitaries and countless hordes of high school prom queens to their respective events. When you decided to axe this car, the car that was synonymous with luxury, and replace it with that baleen whale of a crossover called the MKT, the Town Car had probably its best sales year ever as scores of your livery customers (and by extension, the police force who bought the similar Crown Victoria for their fleets) placed massive orders to sustain them for years. Believe me, if the livery industry sees how good a car the Town Car was (and how bad the MKT is at replacing it) you really do need to take notice.

But where did this all start though? How is it that you fell from grace? Again, we can place the blame squarely on Ford. Don’t get me wrong, Ford products have come a seriously long way themselves. Faced with the real danger of extinction during the 2007-2009 recession years, Ford finally saw how lacking its products were and, quite literally, bet everything it had on a full scale revamp across its entire brand. Suddenly we have the return of the Fiesta, a sub compact with astonishingly good looks and a fun-to-drive nature that rivals the standard of the class, the Honda Fit. Then there was the Taurus (which for years was called the Five Hundred. Really?) which, although based on old Volvo bones, was easy riding, large and boasted a high quality interior as well as impressively good looks. This also marked the return of the hallowed SHO version of the Taurus. I mean seriously, Ford was on a roll. Mercury however? Nope, not enough engineering resources to sustain Ford plus Lincoln so after shedding its stupid Premier Automotive Group (Jaguar, Land Rover, Aston Martin) it decided that Lincoln would remain to compete with the rising star that was Cadillac. To reinforce this, Ford let loose the outstanding MKR concept, a drop dead gorgeous concept of a car based on the RWD bones of the Mustang. Here, everyone though, was a true challenger to the premium marques. Here, I thought, was a great-looking replacement for the Lincoln LS, a car that was so left field for the brand that it hinted at Ford actually having a direction in place. You could almost hear the American population screaming “build it! build it! build it!”. And build it they did, but in a cruel twist that seemed to slap the automotive media (as well as the young buyer Lincoln was hoping to lure) in the face,  Ford built the car on the Taurus FWD/AWD chassis and made the proportions bulbous and porky. You can imagine folks at Cadillac laughing their collective asses off.

To make matters worse, Ford took the same architecture that formed the basis for its Flex crossover (again, based loosely on the Taurus platform) and reworked it to produce the hideous MKT, a crossover/hearse thingy they claimed would compete head on with the likes of the Audi Q7, BMW X5 and Mercedes GL. It seemed with every misstep, the Lincoln brand was losing more and more precious ground and customers. The fundamental problem Ford has is that no matter how differently it tries to differentiate Lincoln products from its own mainstream portfolio, the underlying chassis will always give it away. Take a look:

All perfectly nice riding vehicles with great interiors but it begs the question: is the price premium Lincoln charges over the Ford equivalent worth it? This leads to the next problem: Ford’s mainstream products are becoming so good that they’re starting to eat into Lincoln’s slice of the market. As an example, a 2013 Ford Fusion with every available option can retail for as high as $36000. This is where its new MKZ brother starts off and, with options not available on the Fusion (fancy dampers, gi-normous panoramic sunroof and a 3.7L V6) can sticker for well over $50k. Now for that price, are you really getting a $50k experience? This high price point is Audi/BMW/Mercedes/Lexus territory and here is where the comparisons start. Is the interior as premium as Audi? Does the technology rival that of the BMW? Are the features and driving experience as good as that Mercedes? Lincoln’s track record proves otherwise. Ford is trying to be to Lincoln, in essence, what Toyota is to Lexus. Didn’t know that for a long time the Lexus ES300/350 was just a dolled up Camry did you? Or that the RX350 was a Highlander in disguise? The same is true of the Taurus/MKS twins. When you can have a Taurus SHO for over $50k, why would you spend an additional $5k on a MKS when you’re not going to feel $5k richer? Lexus solves this problem by making its products feel premium. Step out of a Camry and into an ES350 and you instantly feel richer. The driving experience might be somewhat similar, but the material and parts quality do not lie. Is it no wonder that the ES and RX are two of Lexus’ best selling products. It also doesn’t hurt that Lexus’ first ever vehicle was the vaunted LS400, a car that was so good at the time that it send Mercedes back to the drawing board.

Lincoln is currently at a crossroads. The 2013 MKZ needs to be the automotive equivalent of a slam dunk if the Lincoln brand is to survive. Ford claims they’ve thrown everything it can at the MKZ to differentiate it from the Fusion; a difficult task when the Fusion is already such a striking car, both to look at and to drive.At first glance, the MKZ is markedly different with an almost futuristic design that is in a wholly different class than the Fusion. A good start but the market will be the ultimate test. If the MKZ does well, then Lincoln needs to build on that success with products that can legitimately compete with the standards of that class. How about a RWD platform with which Lincoln can then build its products around moving forward? Ford will be introducing a new Mustang on a lighter RWD platform in about a year and, if they want to spread costs around, Lincoln can take advantage by using it to enhance its premium message. The old LS was a great car that suffered due to misdirection and a lack of steady progression. Ford has the ability and the resources necessary to make Lincoln into a world class brand. If its mainstream products can mount such an assault on their individual segments, there’s absolutely no reason Lincoln can’t do the same.  But with a fully loaded Fusion being just a few mediocre options away from the MKZ (the Fusion’s European brother Mondeo can be optioned with these MKZ-exclusives), the questions start being asked: is there really more substance beneath the skin of Lincoln’s products? With Ford’s mainstream products starting to become more premium with features and design, is it just a matter of time before Lincoln becomes just another money pit and suffers the same fate that befell Mercury?

Mother Ford, if you want your son Lincoln to be his best, give him the tools to compete with the best. Cadillac’s long and successful renaissance didn’t come about because General Motors gave it a Malibu to re-badge. Cadillac’s mom gave it a dedicated RWD chassis to call its own and, through this tool, Cadillac gained a distinctive personality and image that centered around sportiness as well as luxury. One with which it has given those snooty classmates BMW and Mercedes a collective run for their money. No longer was Cadillac seen as the Palm Beach geezer-mobile of choice for retirees. It now has a more youthful appeal and products that compete on every level with the established blue bloods of the luxury market, leaving Lincoln in its dust. Just look around: the only Nissan sharing the FM platform with Infiniti is the 370Z. Lexus? Every car they make is RWD save the aforementioned ES/RX/CT and you won’t see that platform with a Toyota badge. Shouldn’t Lincoln receive the same opportunity? Give it its own chassis, mother Ford. You have an Australian arm that specializes in RWD architecture to draw from and a vast European arm to handle the luxury appointments, not to mention a deep well of technology that can rival anything else out there (side note: please, either fully revamp MyFord/Lincoln Touch or ditch it entirely). You’ve proven with the old LS that when you want to, you have the capability to do this. With steady improvements and an eye set on a fixed target, Lincoln can become a successful brand. Or you can quit doing the half-assed job you’ve been doing for years, take Lincoln around the back and just end it.