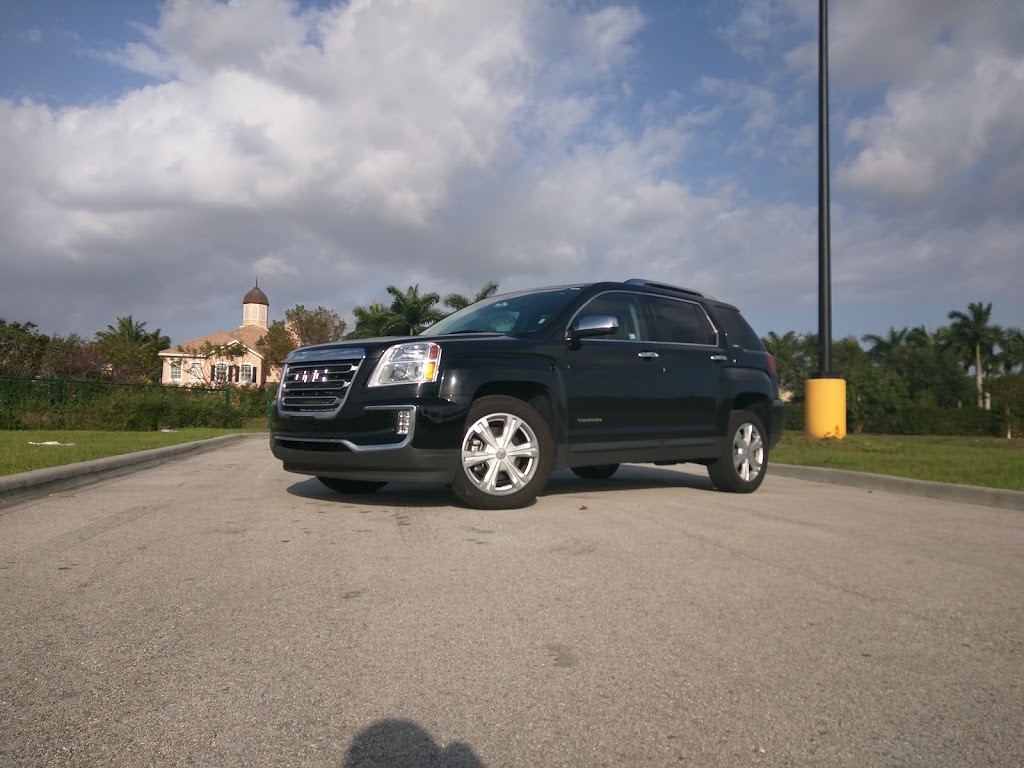 Here’s a head-scratcher for you.

What does it mean when a vehicle strikes you as merely subpar? All flash and little substance? To be honest, I struggled to write this post on the 2016 GMC Terrain SLT V6 I’d been piloting for just over a week. Compared to most other crossovers I’ve been either driving or riding in, this one is an odd thing. Being on the market for six years with nothing but an exterior nip-and-tuck to keep it fresh really doesn’t do anything for its appeal. After the first few days, I wanted to like it. But as time passed, the more I thought I might find something that impressed, the more I found the negatives overshadowing what little positives there were. Let’s take a look see.

The Terrain was introduced in 2009 as GMC’s entry point into its all truck/SUV lineup which previously, only consisted of the Sierra pickup and its Yukon SUV brother. The full sized, three-row Acadia was launched in 2008 followed by it’s midsized, brother Terrain. Bear in mind, all of GMC’s products started life as a Chevy product at some point. Back in General Motor’s bad ol’ days, it was nothing to take a Chevy Silverado, replace the bow-tie badges with GMC logos, sprinkle some chrome on the exterior and interior and call it a new new product. Cost cutting was the strategy and it worked in terms of, well, cutting costs. Nowadays GM has learned it ain’t foolin’ anybody and today’s customers who buy GMC products want to make sure their extra cash gets them a product that, while it may have common platforms, looks nothing like the Chevy that’s across the street. The same can be said of the Terrain. However, GMC might have gone a bit too far in my eyes to differentiate this small crossover from its Equinox brother. Where the Equinox has smooth curves and corners, the Terrain is blocky and straight-edged. In profile from the sides, its borderline handsome and I’ll admit, the black paint does wonders to accent the acres of chrome slathered on the exterior (and this isn’t even the top, chrome-out dog Denali trim!). But, looking head on, the styling can come off as a bit polarizing, especially from the front and rear where the chrome surrounding the lower fascia is akin to applying glitter lipstick to a pug. No one is going to call the Terrain pretty. Overwrought maybe, but a beautiful thing this ain’t.

Inside, my eyes were assaulted even more by the bright, shiny stuff lathered around the cabin. The front seats felt comfortable and easily provided support on the long commutes I’m currently doing for work. But comfort couldn’t make up for the amount of chrome that attacked my eyes during the bright Florida afternoons. The stuff surrounds the gearshift lever, the cup holders, even the top of the transmission had a thick bar surrounding the edge. While striking at first, getting past the chrome trim reveals low quality material on the dash and area below the instrument panel. Even though the interior feel is a let down on quality, it is still very spacious. Loading up for a DJ gig, all my gear fit in the cargo area and the rear seats folded down to accommodate even more gear. The infotainment system’s placement is angled such that in direct sunlight, you can look at it, but good luck making out the buttons for the climate control. The instrument panel was nicely done, simple to read but a bit odd in that to manipulate the trip information display between the main gauges (which looks like an 80s Atari display next to the larger touchscreen) the controls are on the central stack instead of where you’d normally find them. Like, oh, the steering wheel?. Perhaps the most frustrating part of the interior was the 6-7 inch infotainment display. While bright and legible and using every available inch of real estate, the touchscreen’s placement is deeply inset under an “eyebrow” and makes for difficult use. For example, supposing you want to get to the previous menu. On the screen, the back button is in the top left corner and, while in motion, takes too much aiming and concentration to place your finger accurately. Now try doing this while driving and without looking at the screen for more than a second or two. Yes, there are some redundant controls on the steering wheel and just below the screen but, if you’re going to give customers the option of using the screen, at least make it user friendly (see Chrysler’s very intuitive UConnect system).

On the road, the Terrain is anything but dynamic. The steering is heavy and lifeless with no communication to the driver as to what the front wheels are doing. The six speed automatic is dimwitted, never confident about its gearing and always taking a few seconds to make up its mind as to whether my foot stomp on the go pedal really meant full throttle. At least the 3.6-liter V6 makes the Terrain feel somewhat alive. Sending 301-hp and 272 lb-ft of torque to the front wheels, from a dead stop, the Terrain responds admirably. Until that is, its asked to pass slower traffic once underway. The transmission hesitates for a few seconds as if conducting a committee to analyze the placement of your foot on the throttle. Then once it confirms you really want full power and starts to feed it in, you’ve already let off the gas in agony because that the hole in traffic you were aiming for is now gone. While making good power, (way more than the gutless 3.0L it replaces), the 3.6L is quite thirsty: I averaged 18 mpg with most of my drives being on the highway. And lest you think this is the same sonorous sounding 3.6-liter Chevy drops in the Camaro, well, it ain’t. The engine note is coarse and grainy when accelerating hard. Once settled in cruise, the V6 quiets down and the transmission, eager to get to top gear, lopes the engine along at about 1500 rpm at 70mph. In this state, the Terrain is a pretty good highway cruiser. Once off the highway however and the roads turn twisty, it’s easy to make the front tires howl in understeering protest. Plus, at over 4100 lbs, it doesn’t like being thrown around anyway and will remind you of that with its aggressive traction and stability control system in a “what’s your rush?” sort of way.

Despite being GMC’s second best selling model after the Sierra pickup, the Terrain is in need of a major redesign. Being on the market since 2009 only adds to how aged the design is, especially with every automaker now dipping their toes in the red hot crossover market these days. With newer crossovers coming to market from seemingly every corner, each more advanced in some way than the other, the little GMC is slowly being displaced as an also-ran. Nothing less than a complete overhaul of the Terrain’s interior, dynamics and styling will do to ensure it stays relevant without the need for massive incentives to woo buyers into GMC’s showroom. If you’re looking for a roomy crossover with good power and loads of cash on the hood, GMC’s entry crossover might be worth a look. But being far from the top of class (read mediocre) makes spending an as-tested $33,245.00 on a Terrain without eyeballing the competition seem like a sour deal. GMC likes to tout its products as being “Professional Grade”, but in this class, GMC needs to literally apply some professional grade TLC to the Terrain.