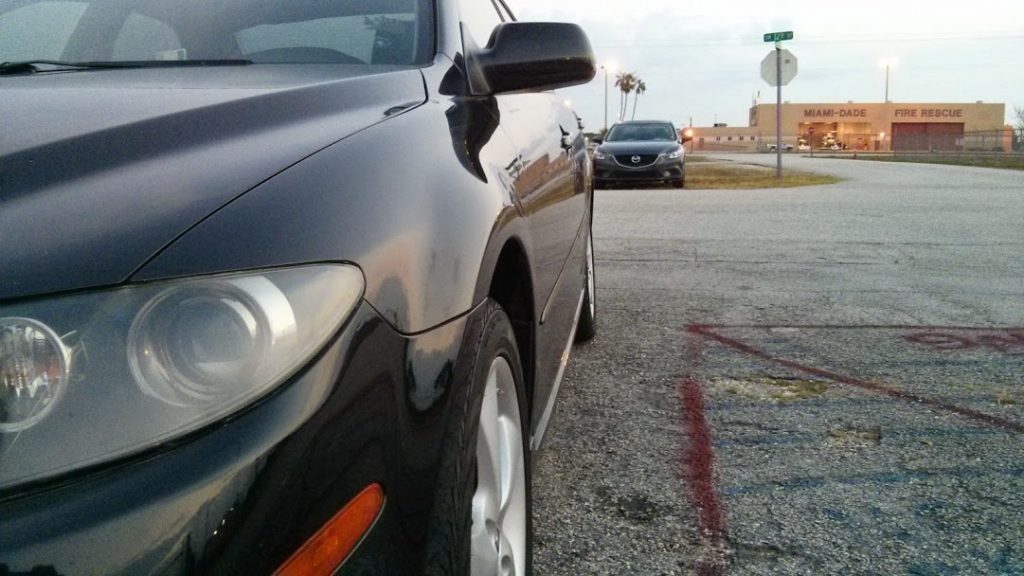 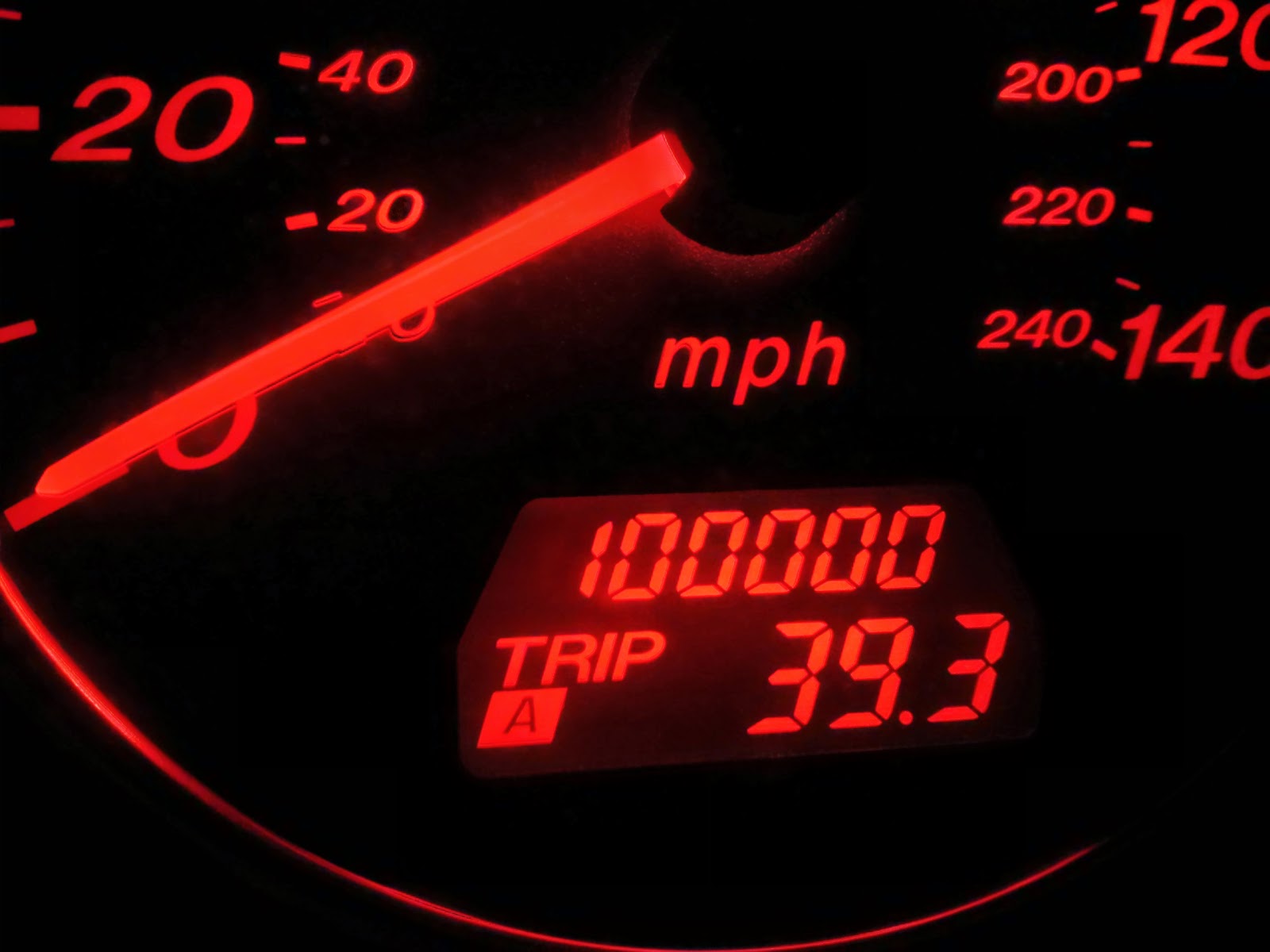 The STEED has finally hit the100,000 mile marker, after an ownership tenure that has spanned just over 5 years. The momentous occasion happened, rather low key, the night of Memorial Day on my way back home from a food charity event. Having left the church, I looked down on the odometer and noticed I was a few miles shy of the milestone and I could potentially hit it that night. Opting for the long way home, I careful managed my routing with the result being the odometer turning to the magic number just as I pulled into my complex. I’ll say this though, getting there over the last half decade has been mostly a smooth affair with moments of hair pulling thrown in. 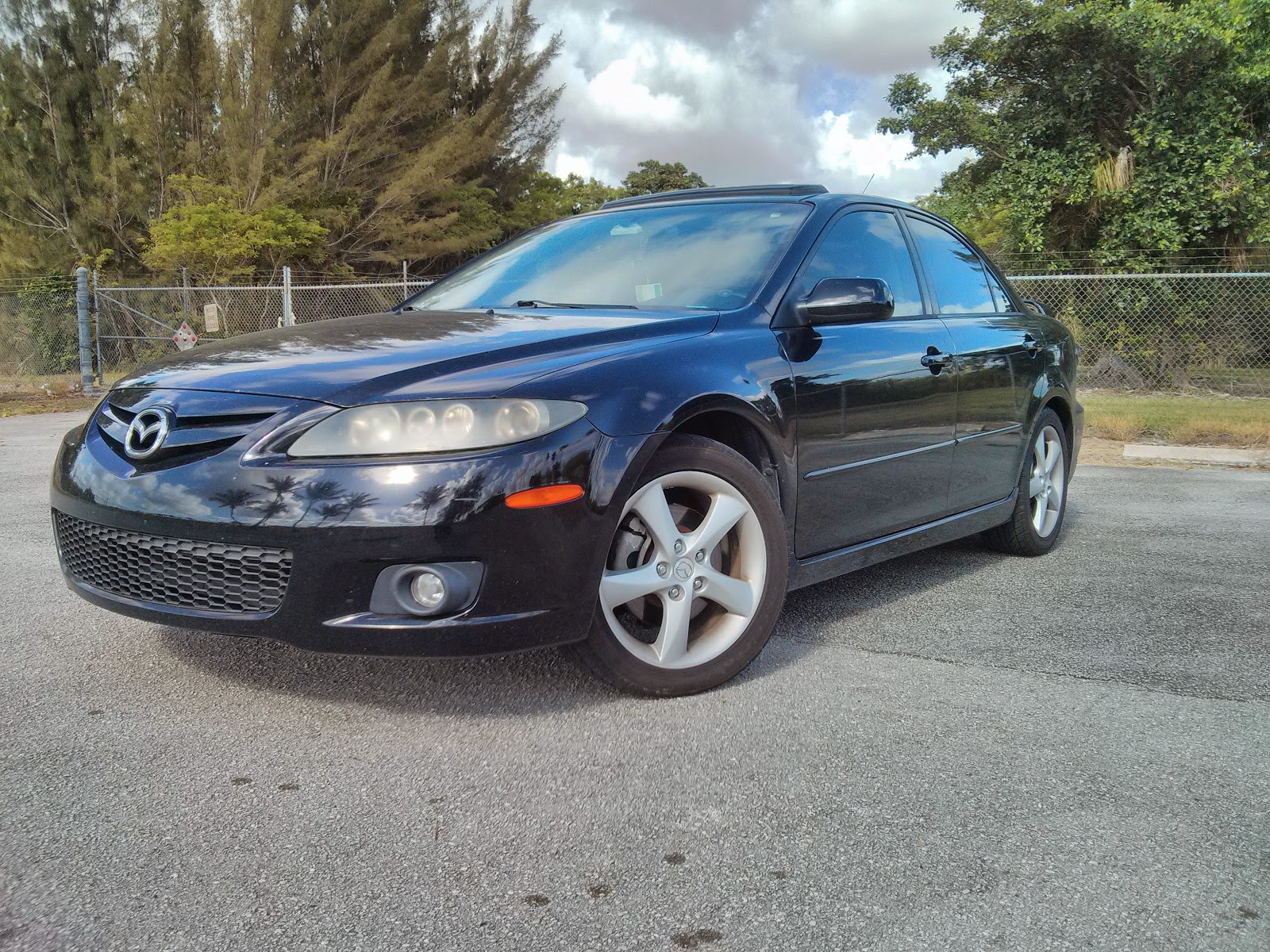 As I’ve stated in my last long term update (which was, yes I know, the first), most of the maintenance was hands on with the more difficult, complex tasks left to the experts. Oil changes were done strictly at 3000-5000 mile intervals and with only synthetic oil, a coolant flush was done at around 75,000 miles and the brakes are still pretty strong, even after not being touched since the 85,000 mile marker. Overall, the STEED still feels tight as a drum, rides like a champ and the transmission still snickety-snicks from gear to gear with rifle-bolt precision and action. That’s not to say all is well with her though.

Let’s start with the engine. Even after five years of exuberant driving, it sounds pretty much how I got it. Which is to say, as throaty and balanced as a port injected, Duratec 3.0L V6 can sound when attached to a manual transmission. However, since the 81,000 mile marker, I’ve noticed the engine tends to lug when at low speeds between 1000-2000 rpm. If you’ve ever tried to accelerate away from a slow speeds in high gear (say 4th or 5th) without bringing the RPMs up, then you know what I mean. Only this happens even in 1st or 2nd gear. If I goose the throttle too heavily before bringing the revs above 2000 rpm, the STEED will hesitate as if the engine is misfiring, before smoothly going up the rev range. While upshifting I’ve had to be careful not to let the revs fall below 2000 rpm, lest I go through another round of apparent cylinder misfiring and ‘check-engine-light-flashing’ before the engine finds its voice again. Delving through the Mazda forums, I’ve read up a few reasons for this. One specifies bad spark plugs, another suggests a vacuum leak and still another thinks bad ignition coils. First thing I’ll try are the spark plug replacements which (according to a DIY Youtuber) aren’t as simple to do. Why? The first generation Mazda6 was not originally designed to have a V6 engine. Then-partner Ford insisted on having a V6 engine to satiate US consumers and as a result, the Duratec 3.0L V6 was shoehorned into the bay. This doesn’t leave a lot of space under the hood to perform DIY work (still a lot easier than a Volkswagen GTI though). 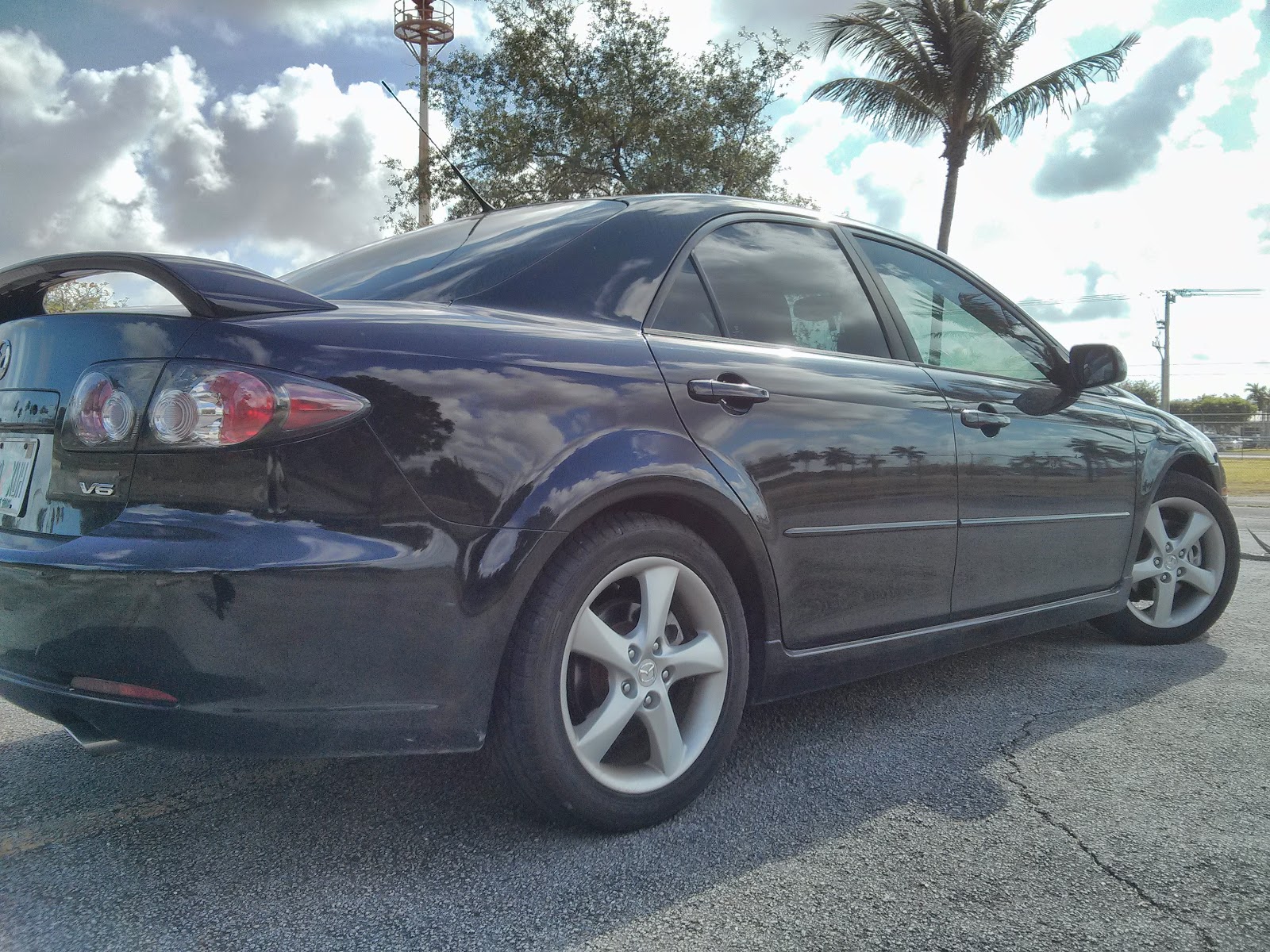 Another, particularly annoying, item on my to-repair list is the climate control system. It conked out about 2 years ago around the 70k mark and when I took the car in for diagnosis, I was told it needed a new compressor (!). Hearing that such work along with the parts themselves would cost just shy of $2,000 I opted for a second opinion which slashed the repair cost in half. The cost was slashed even further when the mechanic noticed that the clutch which engages the compressor was at fault. This led to a very cool 2013 summer season….right up to Thanksgiving when the AC went kaput, yet again. With the repair warranty already expired I’ll be taking the car back to the repair shop and hope (and pray) that it’s just the compressor clutch again. Seriously, it’s not even fully summer yet and already daytime temperatures are exceeding 90 degrees. There’s only so much that driving with the windows down can do; which, interestingly enough, has lead to the next item up for repair: the headliner.

Yes, the mouse-fuzz material that lines the ceiling of the roof is slowly starting its downward journey towards my noggin’. It’s not as bad as it sounds, and a dose of 3M glue has stymied the deterioration somewhat. But before long, the central area around the sunroof is going to start sagging and I’ll have no choice but to replace the entire headliner.  Besides, it looks wrong driving and seeing the material flapping away in the breeze. 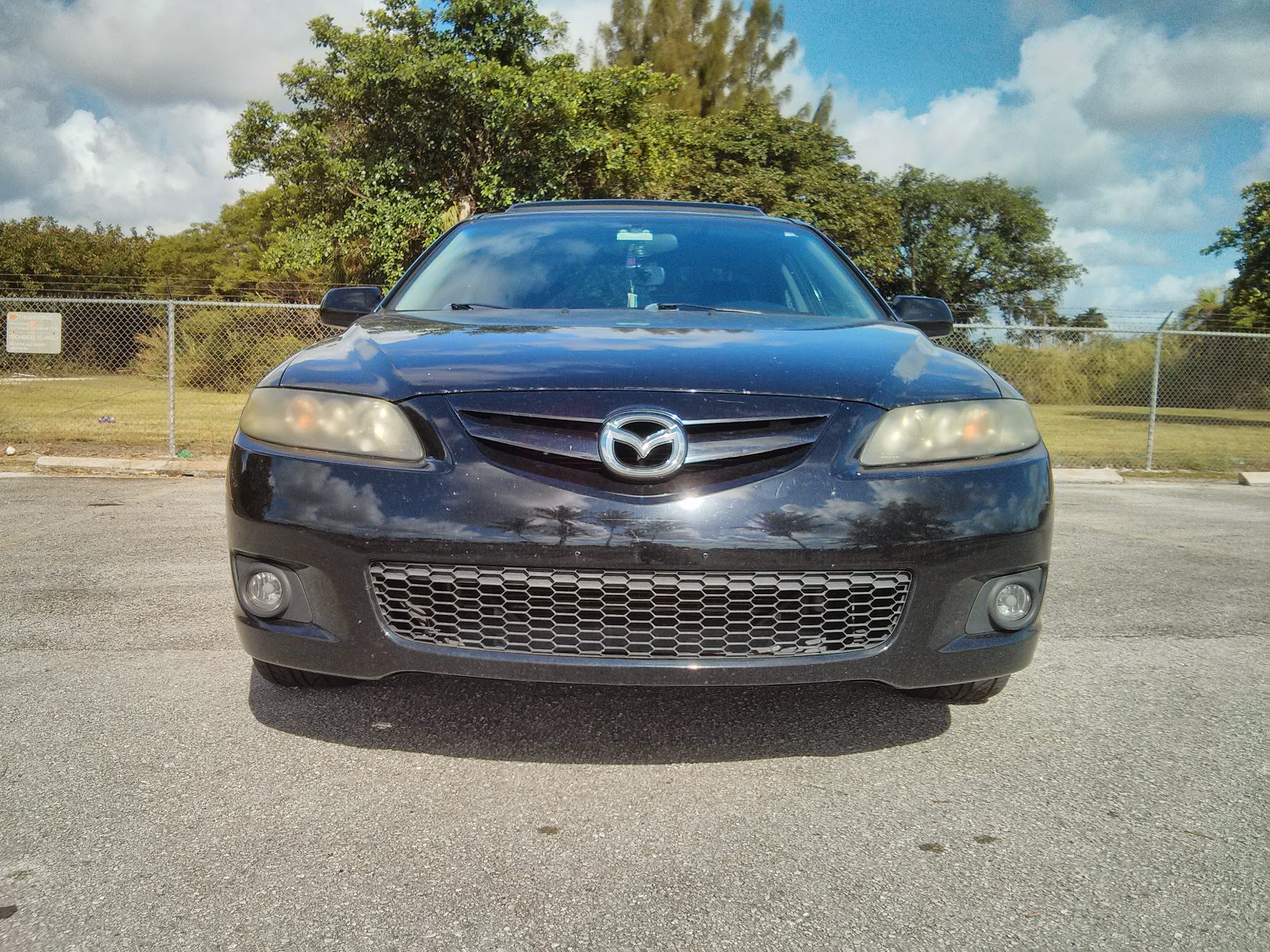 Other items? Well the headlights have become clouded and hazy, this despite repeated uses of ‘headlight restorer’ products. I’ve been toying with the idea of replacing the headlights outright with new, state-of-the-art LED units, IF they can be acquired at reasonable cost (swapping them should be a no brainer). One particularly annoying (and ill-timed) repair I had to make was to the water pump, which failed just over 98,000 miles (the same day and literally a few hours before my flight to begin the West Coast Road Trip). It was one which I had meant to coincide with the timing belt replacement, the two big-ticket items that are usually performed around this time. Despite all these, I still thoroughly enjoy driving her and she has been otherwise very reliable. Passengers never stop gaping at the fact that this is a manual transmission (one of my flight students apparently has never seen one before…kids these days). The performance minded drivers that have also been passengers have expressed a hint of jealousy that a 4 door sedan with a V6 can be had with three pedals. At the moment, I have no desire to part with her and I’m hoping with a bit of luck and time that all her present maladies will be repaired. Don’t get me wrong, it’s hard not to be tempted by newer metal (the new Mazda 6 has certainly caught my eye) but the fact that the six cylinder/three pedal sedan combo is no more sort of compels me to cherish what I have.