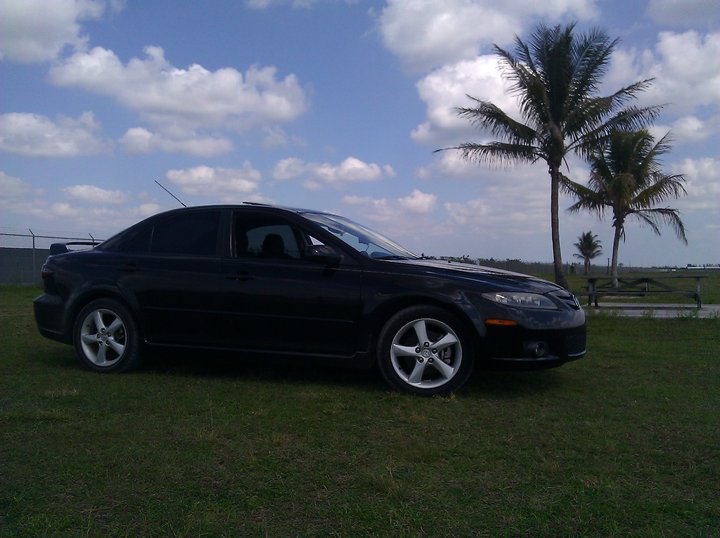 There comes a time in everyone’s life when a car comes along. It doesn’t matter if you’re a lover of automobiles or if you see cars as just an object to fill transportation needs. Doesn’t matter if it’s your first car, or your fourth. There’s a slight feeling of anxiety when you leave it in the shop for repairs, or  (heaven forbid) you lend it to a friend for use. Just driving from A to B is an experience that no other car can provide. That sense of fellowship, of oneness, of knowing that this isn’t any ordinary car. This is your car. Your baby.

Car enthusiasts are a peculiar lot. We speak of our cars as if they are living, breathing organisms. Sentient beings that seem to communicate on a level that only their owners can understand. When something is amiss, the owner can instantly tell. “The steering doesn’t feel quite right,” an owner would say, his front seat passenger looking on with puzzled eyes. “She’s not pulling away like she usually does.” Later on, he parks in the garage and an open-hood, on-the-lift session commences. Sure enough after some poking and prodding he finds the culprit: a small, hole in one of the vacuum lines. To other drivers, this wouldn’t be noticeable, but to a car enthusiast in tune with his vehicle, every unknown nuance is mentally noted.

This is a long-winded way of me saying that, as of March 24, 2016, my pride and joy, my baby, my 2006 Mazda 6s, affectionately known as the STEED, is no more. While stopped in traffic, a distracted driver speared into the back of the car, sending it into the rear of the car in front. Two huge impacts which left the STEED in a slightly accordion-ed state. Luckily she was still able to start up, despite a heavy coolant and oil leak, and move to an open lot where the emergency services did their thing. Surveying the severe damage, I anticipated my insurance deeming my baby a total loss and, a few days later that was exactly the result.

I had refinanced the loan to pay for my flight instructor course and had just over a year left, after which, I planned to keep her around till the wheels fell off. During the last 20k miles (she was at 137k at the time of the accident), I was mulling replacing her after the lien had run its course. However, I became so involved in her maintenance, doing everything myself, that I felt a sense of ownership with her. Other than some HID headlights installed a few years ago, I elected to keep her stock. No fancy wheels (though I did consider some nice 19″ RX8 wheels), no suspension alterations, no engine upgrades, no kajillion-watt sound system or body kits. She was elegant enough in her black paint and tinted (legal) windows. The slight paint defects and chips only added to her character. Perhaps the crowning jewel in my affection was that she was a rarity: how many four door sedans today can you buy with a V6/stick shift combo? Maybe a few BMWs, the old Infiniti G37 (before it became the Q50) but that’s it. Even then, you’re talking upwards of $40k brand new. No one buys a manual transmission anymore. Not even the used car market is rife with may options. Sure you can find the odd 4 cylinder/stick shift combo in some compact/sub compact offerings, but in the mid-sized category? Fuggedaboutit.

Mazda did an excellent job in designing the first generation 6. Even today, the styling still looks sleek and purposeful despite the lack of detailing in the sheet metal compared to current mid-sized designs. Low on power compared to current engines, 215hp was plenty when I had a manual transmission to play with. Driven in anger, the 6 was alert, playful, composed and a joy to drive when twisty roads presented themselves. Freeway ramps were huge fun, the steering communicating just how much grip was left as I approached the adhesion limit of the tires. Once understeer showed itself, backing off the throttle tucks the nose back towards the corner. Mulling along in a typical commute, I could easily average around 27mpg on the highway, once I kept it at 70mph or below. While refinement wasn’t a strong point compared to even its competitors of the day, the 6 was still enjoyable and comfortable enough on long freeway trips. Carrying loads? A breeze. I baffled many when they saw I didn’t need a truck to transport my music equipment. It all fit in the 6.

I shall miss her. For now though, the search is on for another vehicle, though there will never be another like her. In this day and age when tiny turbocharged engines are starting to replace the V6 and manual transmissions struggle to find a place in even sport cars, pickings are slim. Credit to Mazda for sticking to its guns and keeping the manual transmission alive, although even they have shunned the V6 (see the new CX-9, its V6 jettisoned in favor of a turbocharged 4 cylinder). As it stands, Mazda is leading in the poll to be the next car although I may have to put my V6/manual dreams to bed. The Ford Focus is also under consideration (an ST would be perfect if the price is right) as well as the Mazda 3 (tight backseat not withstanding) and 2008-2013 Mazda 6. A hard price cap is in place so we’ll see what the next week brings. I’ll update once a decision is made.

In the meantime, I’m trundling around in a rented 2016 RAM 1500 Big Horn pickup. Call it instant gratification, but I feel like a big rig driver whenever I haul myself aboard. And the sound that 5.7L HEMI makes on startup is glorious, which sounds even more so when I bury the gas pedal. Of course the downside to all this is fuel economy that averages in the low teens. Currently I average anywhere from 14.5-16.1 mpg but only because I’m doing my best egg-between-my-foot-and-gas-pedal impression. Stay tuned for the full review to come soon.

If you’re not a car enthusiast, I don’t expect you to understand. As a matter of fact, I can see you raising your eyebrow in whimsical fashion after reading all of this. But that’s ok. Keep driving your vanilla flavored Corollas in indifference to what us car guys know. There will always be THAT car.

Take a look back at the STEED’s history here, here and here.