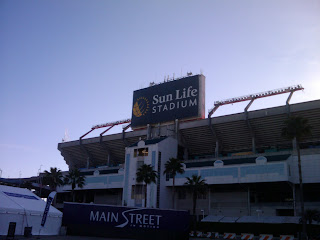 But getting up at 7am on a Sunday for what promised to be a full day of testing vehicles was something I could not pass up. Especially when all the vehicles available were from different manufacturers (nevermind this was a General Motors sponsored event). So 8:30am saw me parking and walking through the vast parking lot of Sun Life Stadium, eager to meet these vehicles and thoroughly beat, er, give them a thorough test. 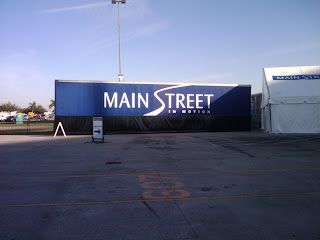 To give a brief synopsis, Main Street In Motion is a General Motors sponsored nationwide event that tours the country giving the public a chance to compare GM vehicles side-by-side with competitors such as Acura, Hyundai, Honda, Toyota, Lexus, Ford, Dodge, Nissan among others. The entire complex is divided into separate areas that include a registration hub, a welcome area for both Chevy, Buick and GMC vehicles as well an entertainment area for kids and a snack bar. Beyond this point lie driving areas which including one that pits Chevy vehicles such as the all new Chevy Cruze, Malibu, Impala, Equinox and Traverse against competitor vehicles from Toyota, Nissan, Honda and Hyundai. Behind that lies the premium area for pitting Buick and GMC sedans and crossovers against competitors from Acura, Lexus and Nissan. Two large vehicle areas are also included for trucks and large SUVs that pit Chevy and GMC vehicles against others such as the Toyota Tundra and Sequoia, Ford F-150/250 and Expedition and Dodge trucks. The new Chevy Volt plug-in hybrid car was also on display and available to the public to drive, provided that they test the new Cruze first. This, according to one of the officials, allows one to compare both models in terms of driving characteristics, comfort and practicality. 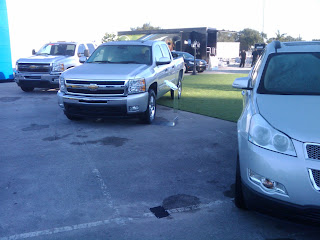 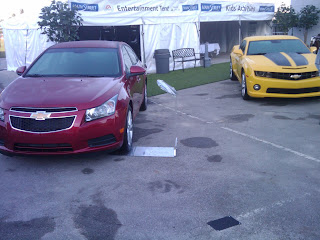 Finally, GM provides a high-performance area that allows the public to test Chevy’s high-performance vehicles, namely the Camaro in both RS V6 and SS V8 versions and the Corvette Grand Sport, this time in Coupe and Convertible versions, in an autocross, high speed setting. However, unlike the other areas where drivers have unlimited turns on vehicles, the high performance section limits drivers to just two turns, this in order to give each attendant equal chances and ensure the lines moved quickly. Also, each Camaro and Corvette comes with a racing instructor in the front seat to ensure no attendant manages to get these high powered cars wheels up. 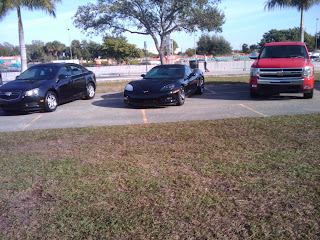 I managed to drive 98% of all the vehicles gathered (thanks to a mild turnout) and, that being said, it would be impossible to cover each vehicle in this one entry so for the next week or so I’ll attempt to condense each experience based on the areas I visited above and give a brief review on aspects of each of the cars gathered. Before doing so I’d like to thank officials like Sonja, Vivian, Matt and Peter for answering all my questions regarding the vehicles gathered and considering my feedback as well.