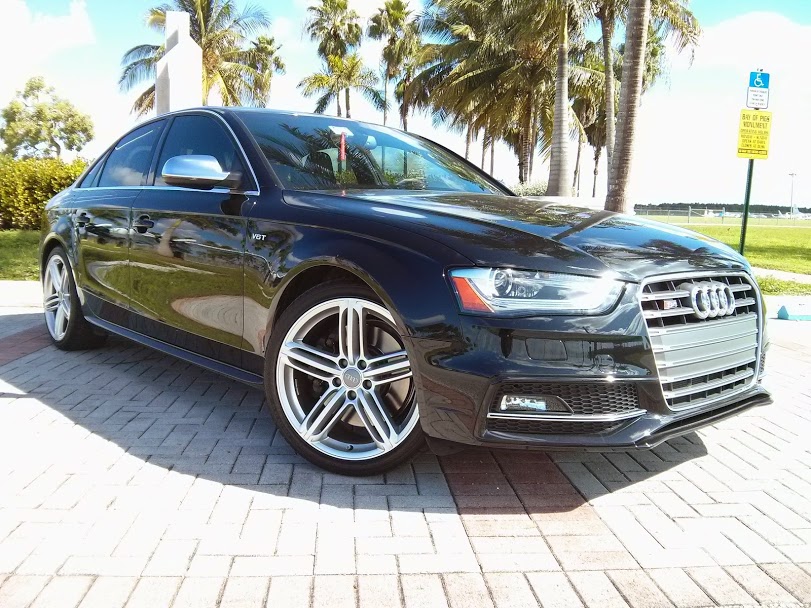 “Wow! That was oversteer!”

Just counter-steered and, foot to the floor, heading to the next corner.

Corner’s coming up! Tap the brakes!

“Yeah, pitch it into a corner like this, then nail the throttle at the apex and you can make the rear end step out.”

We were approaching another tight right hand corner at an alarming rate and in my periphery, I could make out my passenger’s tense grip on the oh-sh*t handles. Stomping on the brakes, the 2013 Audi S4 easily shrugged off  the excess speed with little drama and filled the cabin with quite audible pops from the exhaust as the 7-speed Audi S-tronic dual clutch transmission blipped the throttle and initiated rapid-fire downshifts. Once mid-corner, full throttle application was followed by the sophisticated Quattro all wheel drive system shunting torque to the outside rear wheel, inducing oversteer to counter the S4’s inherent nose-heavy design. A bit too much I thought. Backing off the power a tad and applying a smidge of countersteer, the S4 righted itself instantly and flung us towards the next bend. I managed a glance over at my wide-eyed and now slightly pale co-pilot.

He was now witness to just a peek of what his car can do. The 2013 Audi S4 is not only the most expensive variant of the A4 line (until Audi decides to import the stupid-fast RS4 that is), it is perhaps the best Q-ship impersonation Audi has come up with to date. The S4 manages to straddle the line between executive cruiser and corner stormer with relative ease while being as innocuous and unsuspecting as a regular A4, except to those in the know. That is the character of the S-line of Audi’s cars and they form a bridge between regular variants and the M/AMG hunting RS models. Call it the Goldilocks-zone if you prefer. 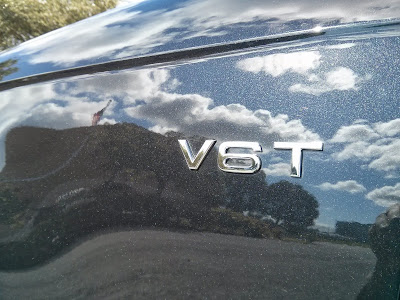 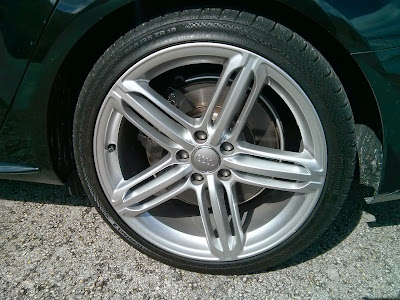 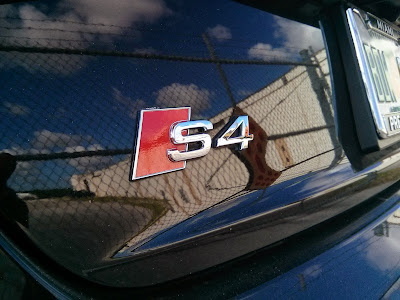 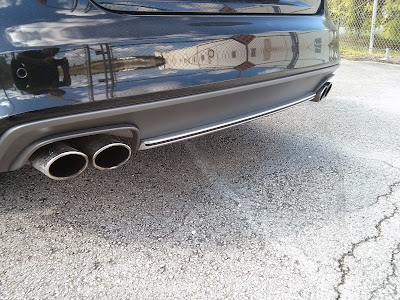 You’d have to look really hard to spot the S4 out in the open. The now classic Audi grille is front and center but features dark metallic accents on the slats that, along with the LED daytime running lights, exude a slightly meaner look. Subtle badges and other stealth touches such as the quad exhaust pipes peeking under the rear valance, slightly larger front intakes and deeper sill extensions coupled with a 1.2 inch lower ride height and brushed metallic mirror caps hint of the assassin nature of this A4. Then there’s the ‘V6T’ badges on the front fenders which will confuse anyone not familiar with Audi’s engine nomenclature. Under the S4’s broad hood sits a 3.0 liter supercharged (not turbocharged) and direct-injected, 24 valve, DOHC V6, spitting out an underrated 333hp and 325lb-ft of torque. That torque is available over a broad rpm spread from as low as 2900rpm all the way to a 5300rpm peak.and isrouted through either a standard 6-speed manual or the above-mentioned optional 7-speed dual clutch transmission. Audi’s Quattro all wheel drive system puts the power to the road and, in my Prestige tester, is able to direct torque between the rear wheels through a sport differential when cornering to cancel out understeer and give the S4 a more neutral attitude. My tester was also fully kitted out with the 19″ wheel option and 255/35 summer tires as well as an adaptive suspension that is managed by Audi Drive Select through the Multi Media Interface (MMI). 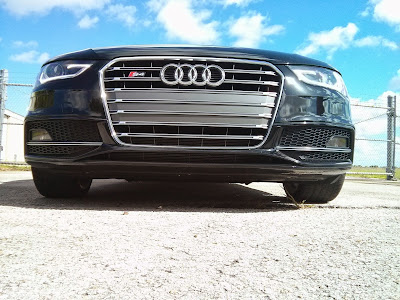 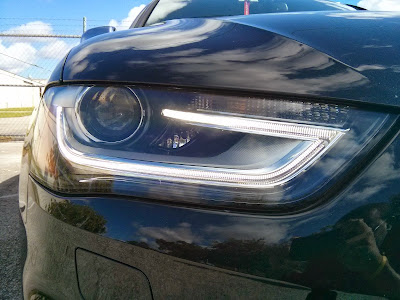 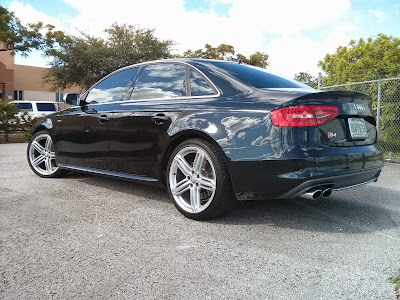 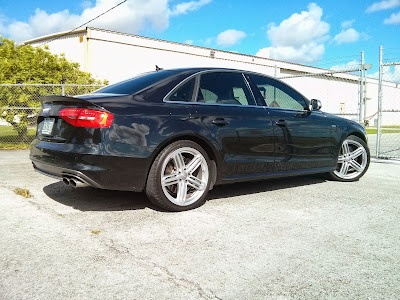 Four modes are available here. Dynamic mode stiffens the dampers, quickens throttle response, opens up the exhaust for wonderful pops and burbles, and increases weighting on the electronic steering. The 7-speed dual clutch transmission also quickens shifting in almost bolt-rifle fashion, holds gears to redline and blips the throttle on downshifts. Comfort mode dials everything back to a level that transforms the S4 into a docile machine doing its best undercover disguise. The suspension is still a tad firm but supple enough that bumps picked up by the aggressive wheel/tire package don’t filter into the cabin and the 7 speed shifts imperceptibly and smoothly. Auto mode will monitor the driver’s piloting and adjust the systems to suit his style accordingly while Individual allows the driver to mix and match the different system settings and store them for use. While most cars offer similar systems that aim to change their character, not many alter personality the way the S4 does. Switching from Comfort to Dynamic mode at speed, I could literally feel the car tightening up around me. The suspension got noticeably firmer, allowing the S4 to corner flatter while the sport differential did its best to keep the car neutral. The steering rack also quickened its ratio and went from fingertip-light to sports car heavy (although information from the road surface was pretty lacking) and the transmission went psychic, anticipating the next gear need while holding on to the selected gear to achieve the best Saturn V-like launch from corner exit. Seriously, the paddles on the steering wheel that allow manual control of the gearbox were superfluous. I tried them once, but the transmission was so well tuned to my driving that I never touched them again after. I’m a huge fan of manual transmissions and though a 6-speed manual is standard fare, I’d have to think long and hard about passing up on this excellent dual clutch transmission. It’s that good. 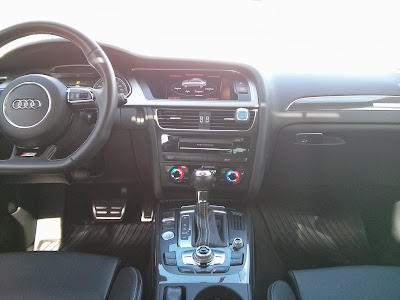 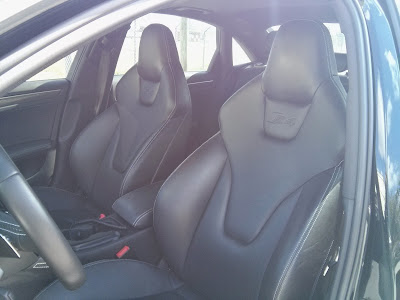 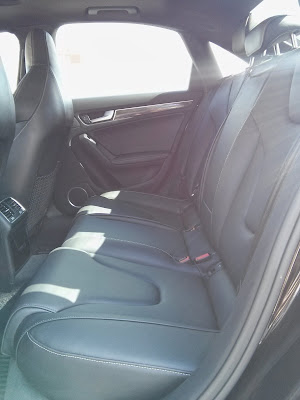 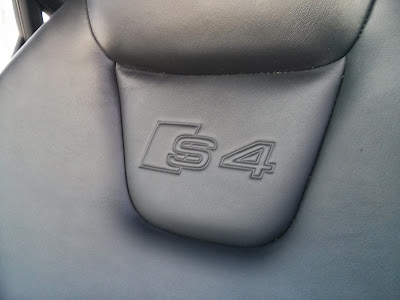 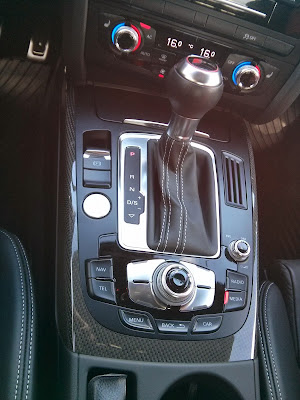 Inside, the cabin is typical Audi-gorgeous, if a bit German-cold in ambiance. Sumptuous black leather and suede covered the seating areas and the dashboard was premium feeling to the touch. Everywhere the fingers went, the materials were rich and high quality. The flat-bottomed steering wheel was properly racy and the driver’s dials featured highly visible gray faces with red accents. The seats were very supportive and heavily bolstered, holding me in place during some pretty violent maneuvering and, from other sources, were comfortable during long distance road trips. The S4 was also plenty roomy in the back, far roomier than it’s predecessor and space was abundant enough for two people on long trips, though three might be a squeeze. The controls on the center console house the MMI interface and it was pretty straightforward in operation though some functions such as the radio settings are buried deep within sub-menus. A rotating knob between the front seats allows navigation through the various menus while hard buttons surrounding the knob offer quick selections of main functions on the large screen. The screen itself has clear graphics and, equipped with navigation, displays impressive Google Earth imagery. Standard features include Bluetooth wireless music streaming and voice calls, an excellent Bang and Olufsen 14 speaker, 505 watt sound system, HD radio and a WiFi hotspot capability. 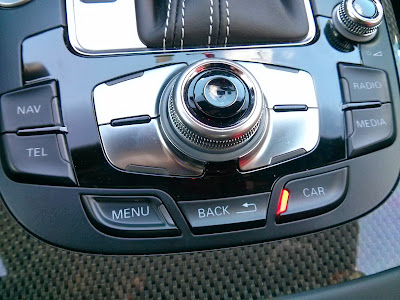 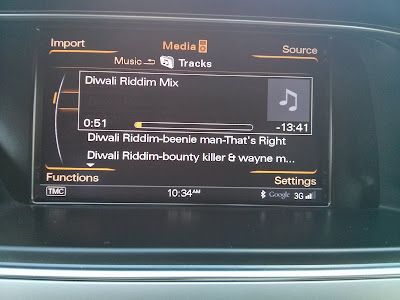 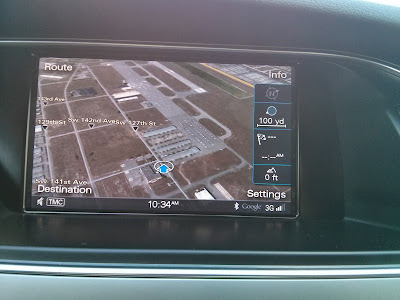 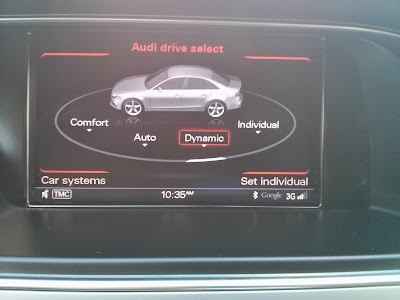 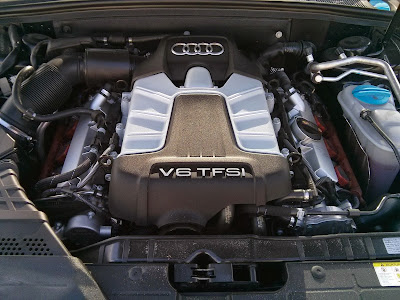 Base price for the S4 is $48,000 but my Prestige tester starts at $54,000 ($55,400 with the dual clutch transmission factored in). With options such as adaptive suspension, 19″ wheels, the Driver Assist package (which includes Dynamic steering and adaptive cruise control) and the sport differential, my tester topped out and just over $60k. Comparisons can be drawn with the BMW 335i xDrive, Mercedes C350 4Matic and Acura TL SH-AWD but in my opinion, the BMW is its closest competitor. I’ve yet to drive a 335i equipped with xDrive (and it’s no less a rocket ship) but I’ve no doubt the S4 would best it or at least give it a bloody nose when given the beans. For the executive pilot who relishes the art of driving quickly while being swamped in luxury and remaining anonymous, the S4 suits rather nicely. 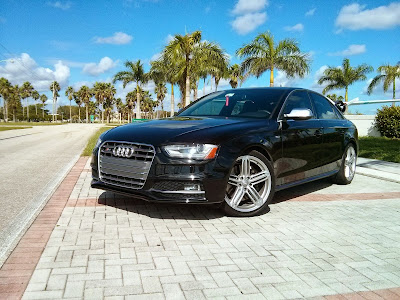 Special thanks to Mr. Riaz Khan for helping to facilitate this review!