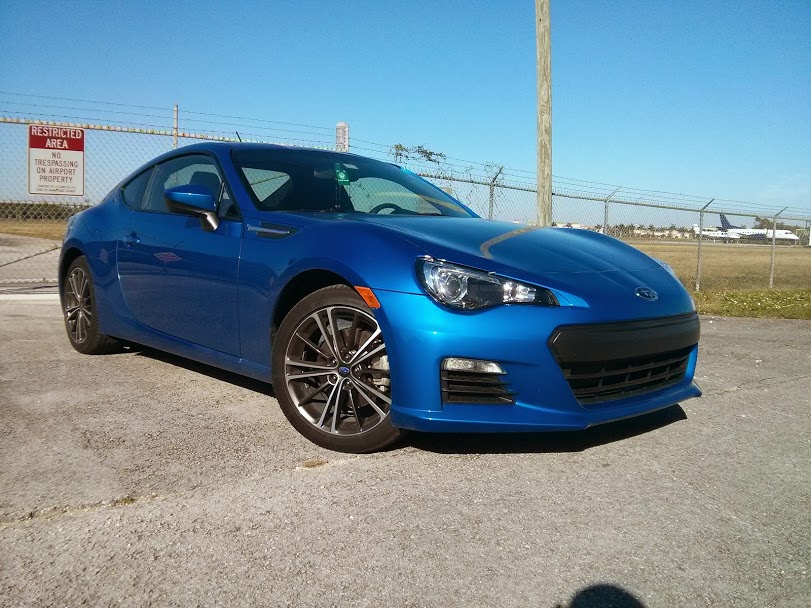 Not anymore though. In Toyota’s quest to become a more sporting, emotional brand and create exciting new cars (and under direct marching orders from Toyota CEO, Akio Toyoda) the Toyota GT86/Scion FR-S was birthed. However, it took the industrial strength of Fuji Heavy Industries (parent company of Subaru and partly owned by Toyota) to bring this amazing car to fruition.

Not that they were particularly thrilled with the concept at first.

And why would they? Ever since Subaru developed their signature all-wheel-drive vehicles, that’s all they’ve been known for, with the sportiest of them being the turbocharged WRX rally monsters. So you can imagine the shock they got when Toyota approached them with a rear wheel drive project to be shared between the two automakers.In any case, enthusiasts can rejoice for now we have two, affordable rear wheel drive coupes on the market. Today’s focus will be on the Subaru BRZ. It’s a small car, this BRZ. Its Impreza cousin is slightly bigger in comparison with a far roomier cabin (though to be fair, the Impreza was designed to have a people-sized back seat). Despite this, the long hood, short deck and wheels-to-the-corners proportions betray the BRZ’s true nature. It is unmistakably sporty looking, especially in Subaru’s signature WR Pearl Blue paint. As far as body panels go, the BRZ may look identical to its Toyota/Scion counterpart, but Subaru goes its own way, A trapezoidal grille give it familial ties to its AWD brethren and signature “Hawk Eye” HID headlights give a slightly more upscale look compared with the FR-S. Underneath, the 17″ dark wheels shod with summer tires are mounted to a rigid chassis comprised of MacPherson struts with offset springs up front and a double wishbone set up at the rear. A Torsen limited slip differential comes standard as well as an anti-roll bar that ties both front struts together. 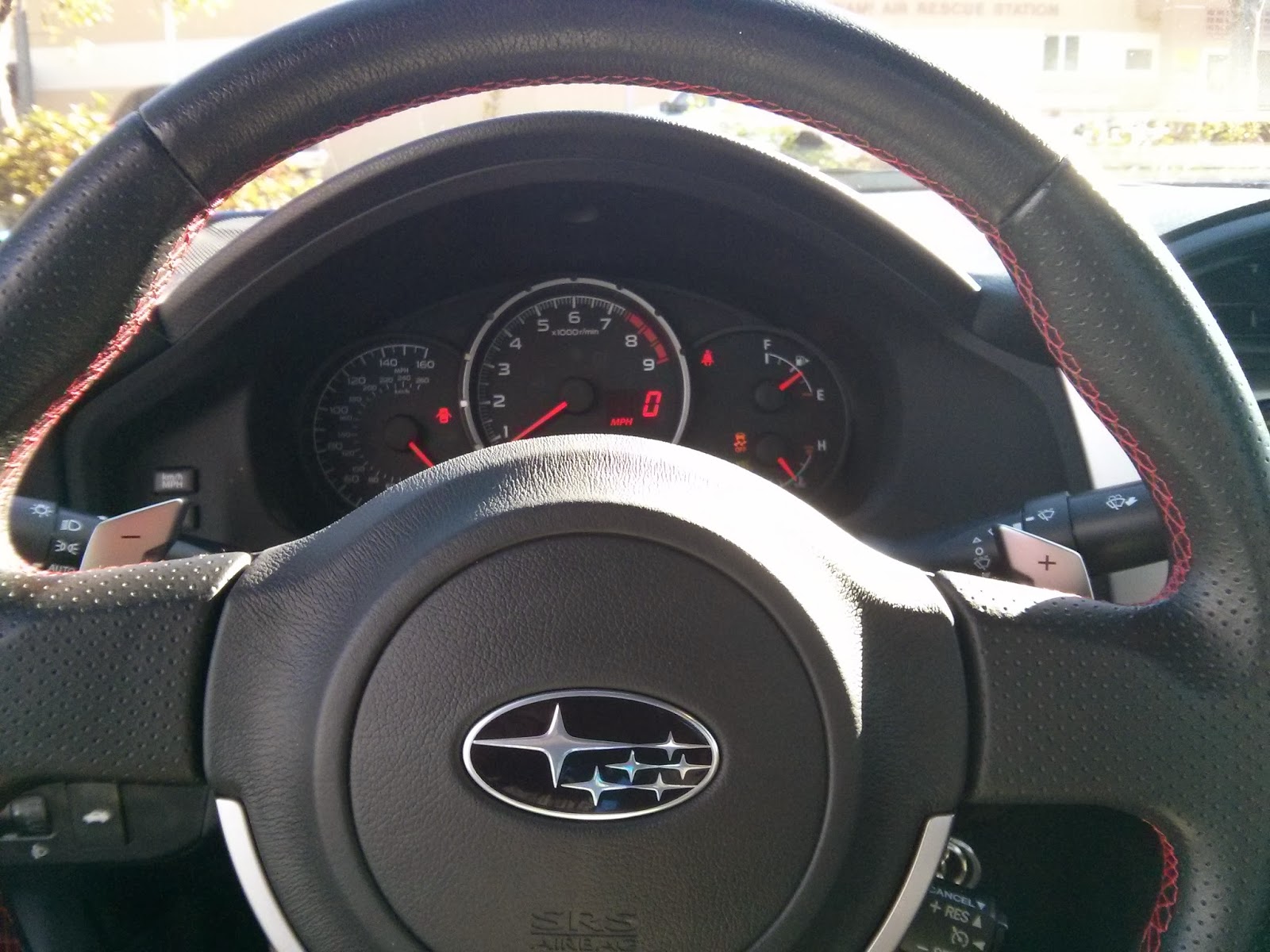 The cabin is distinctly driver oriented and my 5 foot 10 inch frame was snug but comfortable in the driver’s seat, manually adjustable in six directions. It wasn’t difficult to find a comfortable driving position and, once found, everything fell right to hand. The seating position is low slung, but the BRZ is blessed with excellent vision in all directions. The shifter for the Aisin six speed automatic with manual shift gate was well placed for quick shifts when manual control was needed and the simplistic steering wheel (devoid of any secondary controls) is fitted with shift paddles if you don’t feel like touching the shifter. The gauge cluster puts special emphasis on the tachometer being front and center, the speedometer and fuel/coolant ancillary readouts flanking left and right. Climate controls were no-nonsense knobs just ahead of the shifter and below the standard infotainment system. Navigation is standard fare and the 6 inch touchscreen is simple and easily manipulated with quick responses and logical layout. This is a 2 + 2 car but with my seat positioned for driving, a look back in rear gave no indication of rear passengers having any legs to speak of. I suppose a car seat could fit, but getting it in would be a challenge. Subaru does say that with the rear seats folded, an owner who uses his BRZ for track days can fit four racing wheels with mounted tires, plus all necessary tools behind the front seats. With the trunk itself being modest in size I’ll give them the benefit of the doubt. 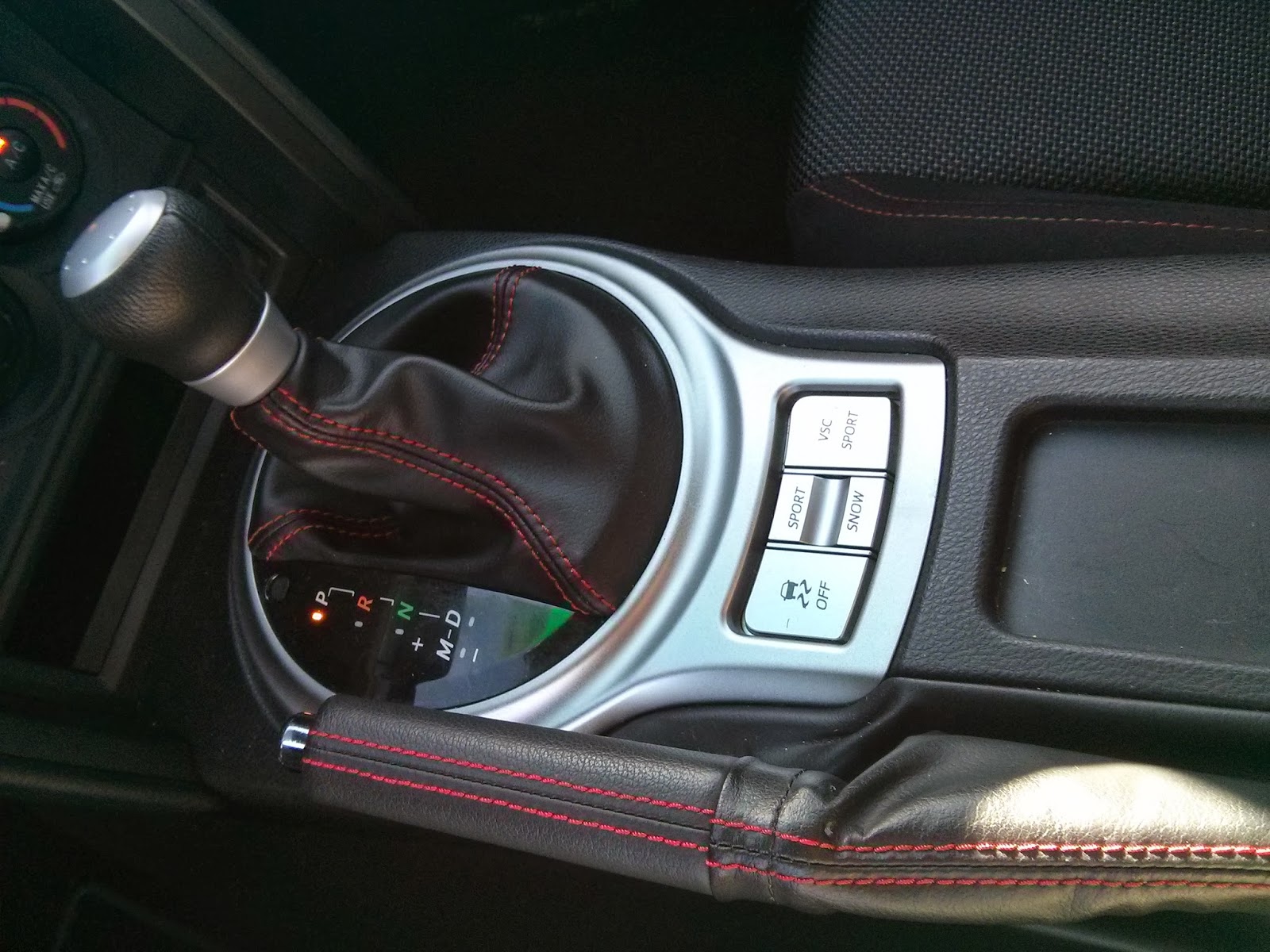 What’s the BRZ like to drive? Well anyone who’s ever driven a Mazda Miata will be at home. Powered by a 200hp 2.0L boxer four cylinder (chosen for its ability to be placed low in the chassis), the svelte 2700lb car does have sprightly acceleration but 151lb-ft torque isn’t eye-popping by any measure. A six speed manual transmission is standard and any enthusiast worth his heel-and-toe measure would be stupid to pay the extra $1100 for the automatic. Don’t get me wrong, the Aisin slushbox is quick enough to answer manual shift calls and for someone who doesn’t do track days is quite suitable in the daily grind. Puttering around airport B roads, the automatic does earn its keep in dulling gear changes and always reaching for the highest gear when you’re not caning it. Slotting into Sport mode does quicken throttle response and forces gears to be held for longer periods than normal. When you really get frisky however, nothing beats having a manual at your behest. The ride itself is firm, befitting the BRZ’s role but not too uncomfortable (you’ll feel severe road irregularities) and the steering is very responsive. Directional changes are just a flick away from center and the car will eagerly dart into corners. 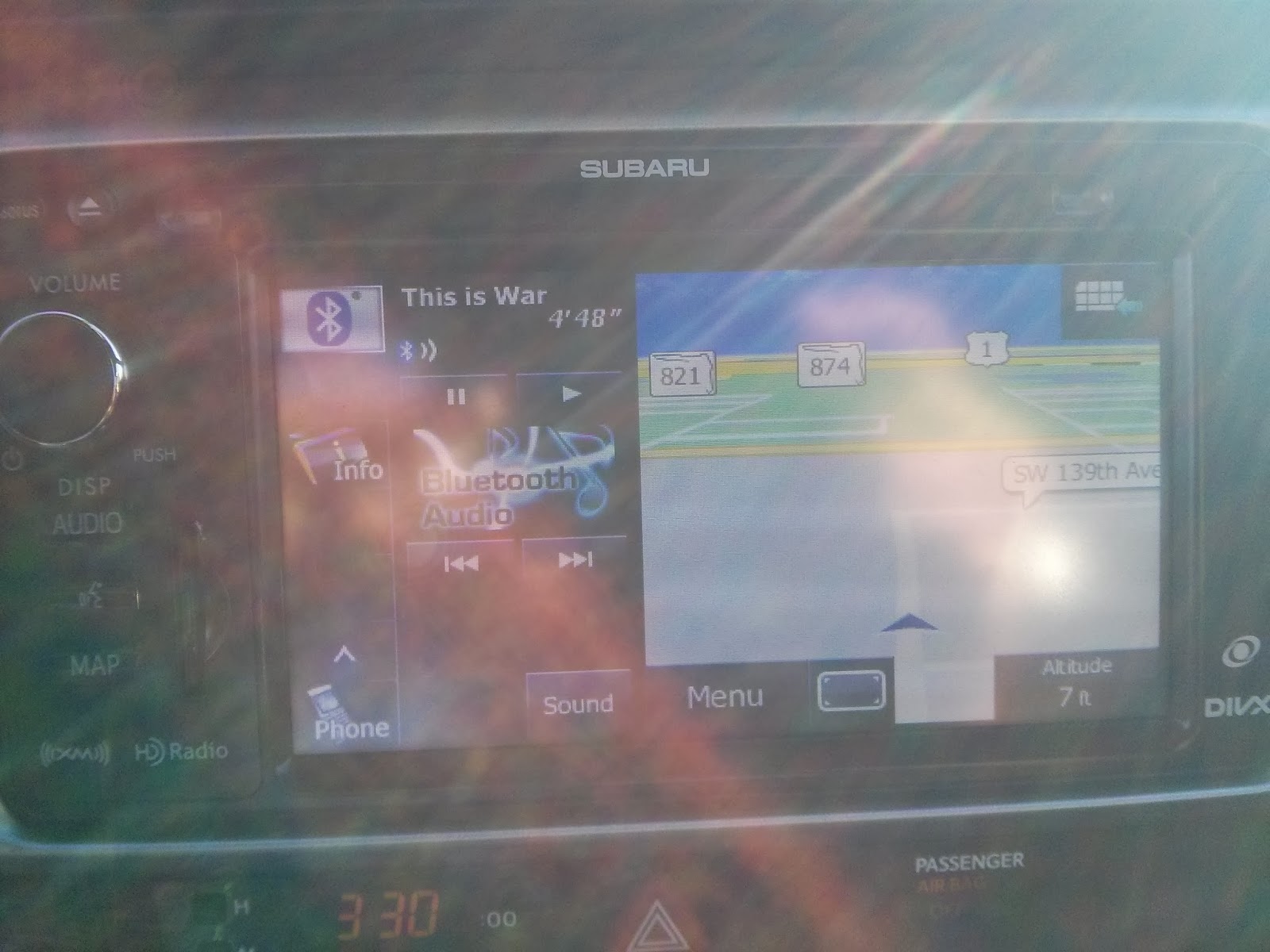 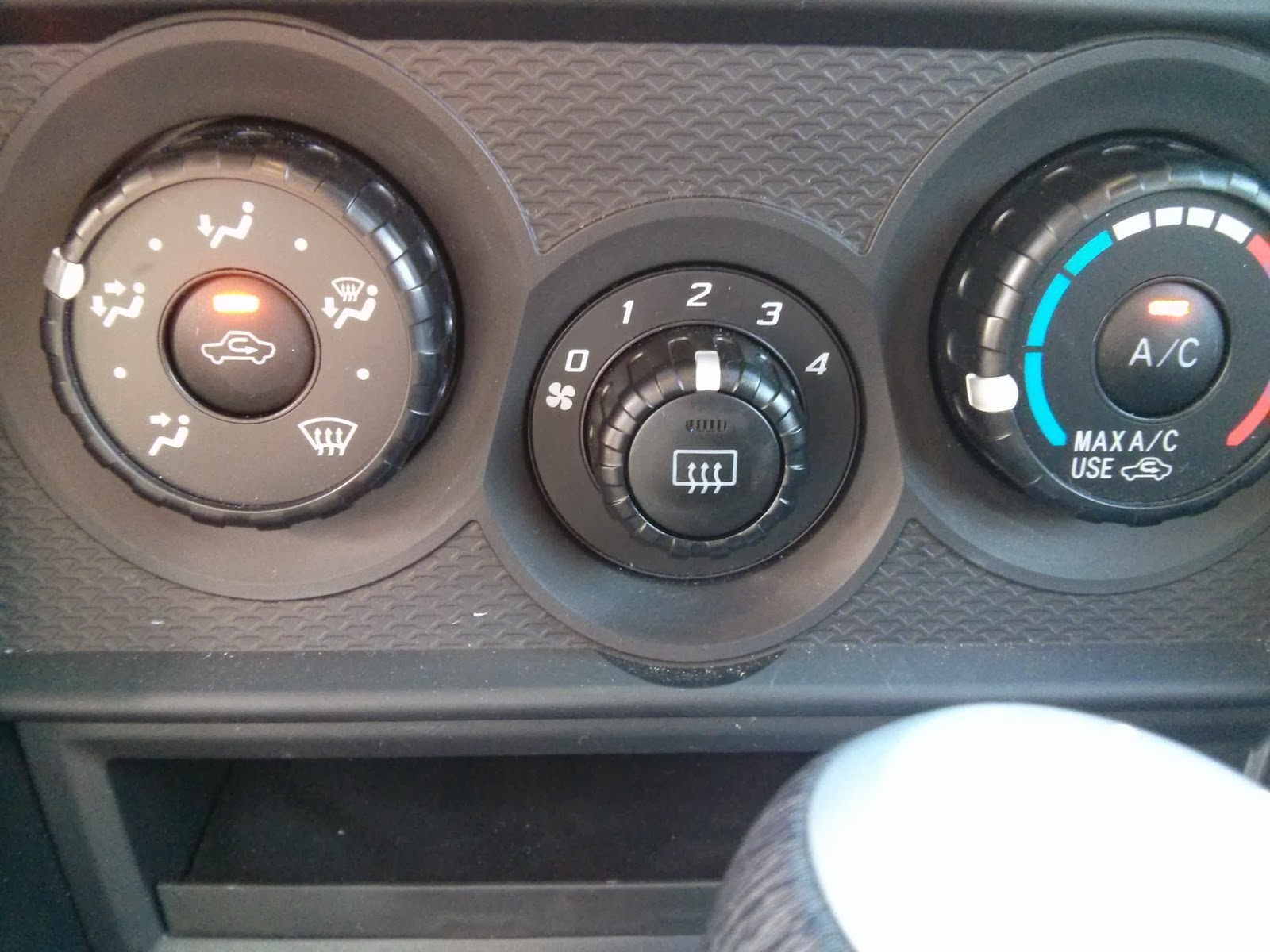 My passenger (the car’s owner) was along for the ride but wasn’t quite knowledgeable about the BRZ’s abilities. First, I explained, there’s a reason why the car feels low, wide and stable. Subaru’s engineers were able to place most of the weight  low and rearwards, particularly the flat four engine. This results in excellent balance and a low center of gravity, giving the car great dynamic handling qualities. Secondly, power is modest. It’s enough to enjoy the car’s easily approachable limits but not so over the top to as to overwhelm the driver and the car’s target audience. Third, this being a light ,rear wheel drive chassis plays into the former two reasons: drifting. Mind you, flick the BRZ into a corner and the nose will plow into safe understeer if your entry is sloppy, but goose the throttle mid-corner (make sure the Sport VSC button behind the shifter is depressed, which throttles the nanny stability and traction control systems back a touch) and the tail will predictably drift out in a safe and controllable manner. Being a flight student, the passenger understood the importance of CG limits and how easily controllable a vehicle can be once weight is positioned optimally. Frankly, he was having the time of his life. 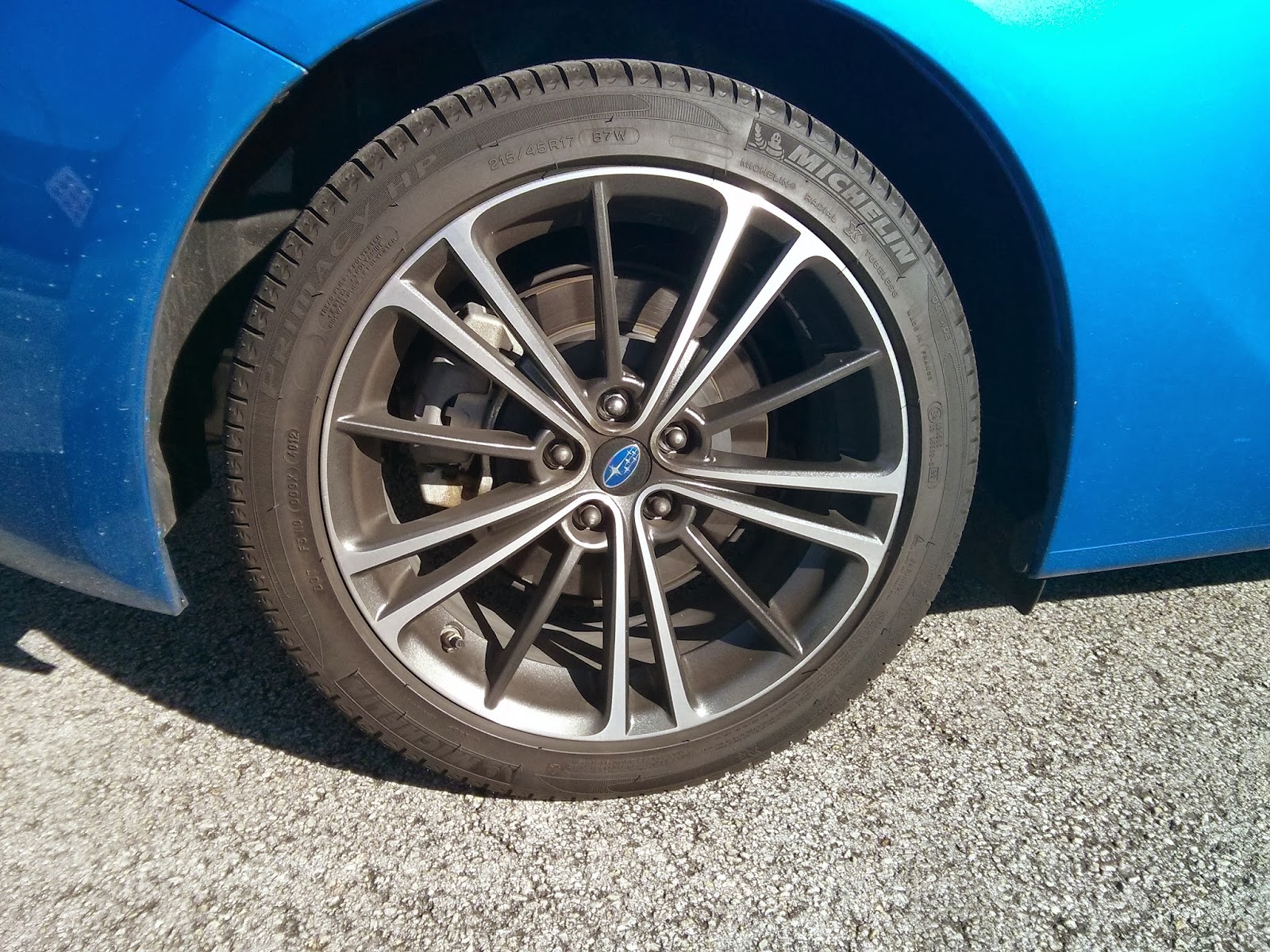 Flicking the BRZ into yet another corner, the nose instantly follows steering wheel input and the 17 inch tires find grip. Push harder and the rear gradually steps out just enough to get the tail out before the lawyer systems reel you back in by applying differential brakes and simultaneously cutting power. Depressing the left most button behind the shifter for three seconds will turn all nanny systems off, allowing you to do lurid drifts to your heart’s content (wasn’t quite able to do this within the short time allowed). I was also amazed at the feel coming through the steering, this being an EPAS (Electrical Power Assist Steering) system. Usually these types of steering offer various tunes for either quickness or heaviness depending on the application, but are almost entirely silent on communicating what the front wheels are doing. The Subaru’s steering is magnificent. Through a series of left-right transitions, steering was direct and there was very little roll and dive. Pick a pebble at the apex of a turn and not only can you nail it every time, but feel it through your hands..

My Miata comparison is no mistake. Having driven one at an autocross event a few years ago, the BRZ instantly reminded me of my time in Mazda’s little roadster. However, the Subaru is smaller, lighter and more direct in its motions. It isn’t about gobs of power or tonnes of grip (though surely, owners will want to enhance those aspects through forced induction and larger grippier tires) but about lightness, flickability and very neutral handling: the same basic goodness Mazda bakes into the Miata. The 2.0L flat four isn’t the nicest sounding engine, but a dose of induction noise piped through the firewall at high revs is pleasing enough and gives just a hint of WRX sounds. The BRZ is a grin inducing car and after my short test,my colleagues couldn’t help but notice the stupidly huge smile on my face. 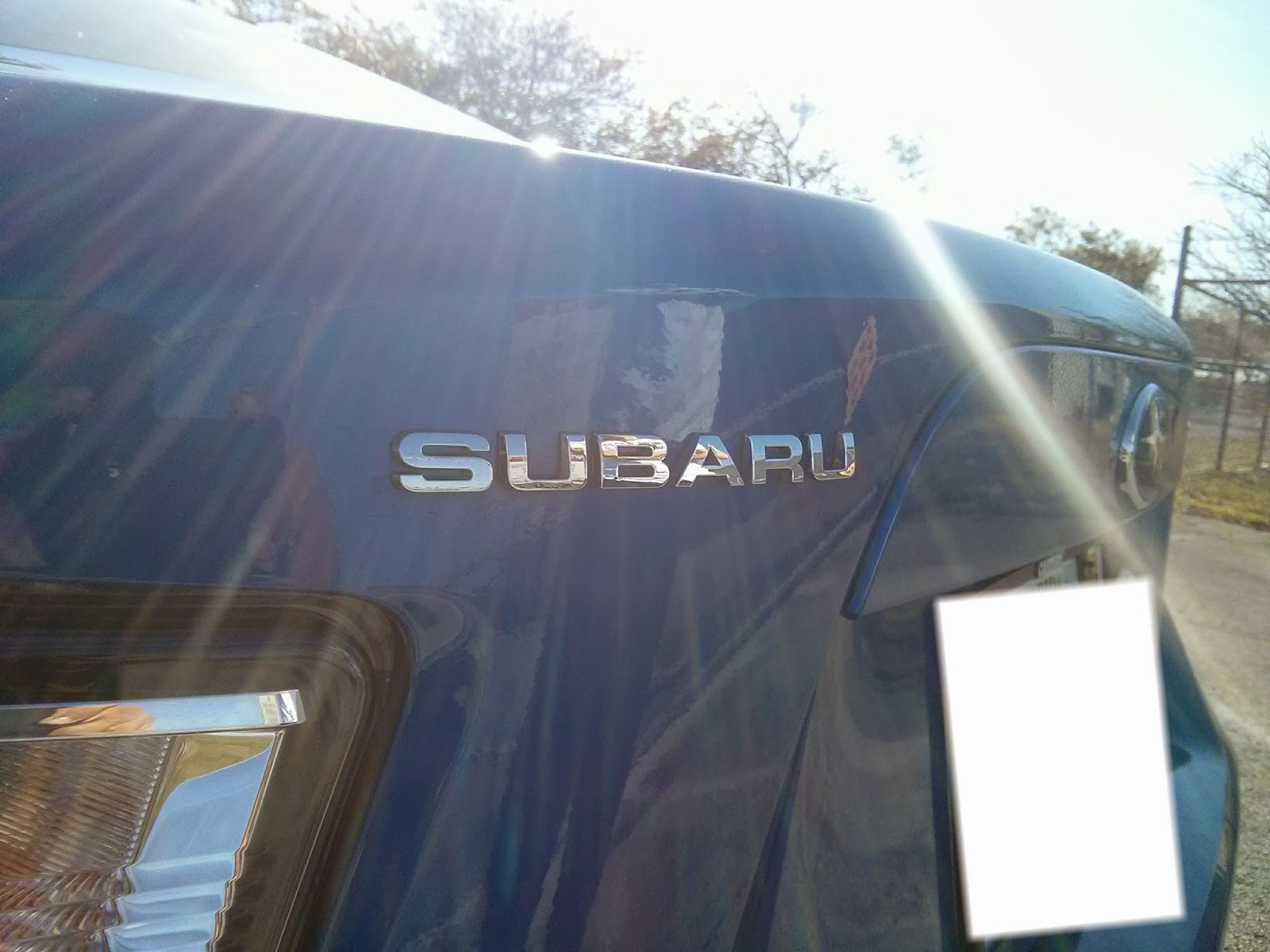 Subaru also followed along Miata lines in terms of price. As tested, this particular 2013 BRZ Premium stickers for $27,444 (including $770 destination) off the lot, but you can get a bare bones Premium for just over $25,000 and it will still come with a good array of standard equipment. Step up to the Limited for an additional $2000 and you get foglights, HID headlights with LED accents and a rear wing. Finally, an affordable and genuinely fun-to-drive RWD sports coupe has made it to market and from an unlikely source. Not that its point of origin matters, but the BRZ will do wonders for Subaru by bringing in a new type of customer to their showrooms and, as the FR-S/GT86, begin a renaissance of Toyota sports cars.

Special thanks to Santiago and Orlando!