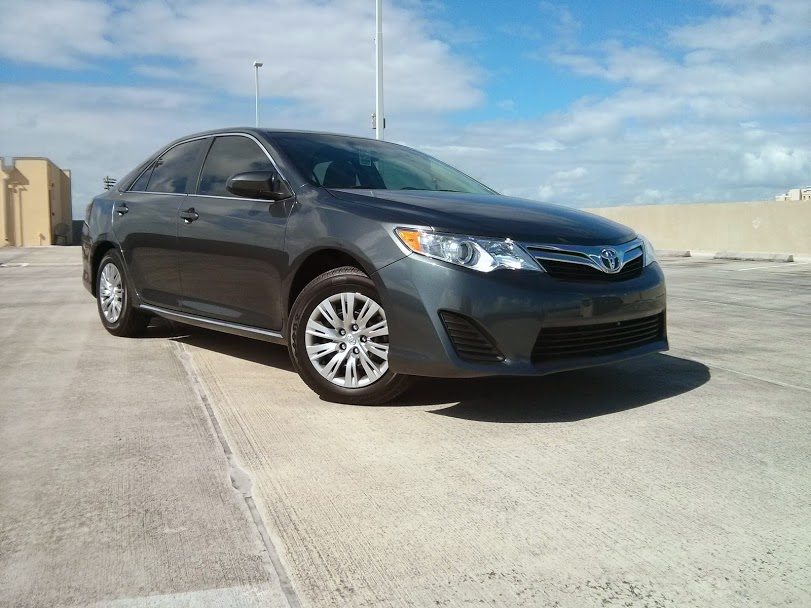 It’s the flavor of ice cream that makes no bones about being one of the top flavors you can order at your local ice cream shop. It’s neither flashy nor does it call attention to itself but it satisfies the masses by being simply…ice cream. When something just works, no one argues against it and that my friends, is the essence of vanilla ice cream. As far as cars go, the Toyota Camry is the vanilla flavor of the mid-sized car segment (yes, yes, not a very exciting segment…the vanilla segment if you wish). Though some manufacturers try to at least make their competing products interesting (read Hyundai Sonata, Mazda 6 etc), when something is as successful at being plain and inoffensive as the Camry, you don’t mess with the formula, which is why for years and years, Toyota has sold boatloads of the things. As a matter of fact, the Camry is, and has been, the best-selling mid-sized car for a number years (only losing out to the cross-town rival Honda Accord one or two of those years). Why is the Camry so successful you ask? Just ask your neighbor…or your mother…or your aunt. 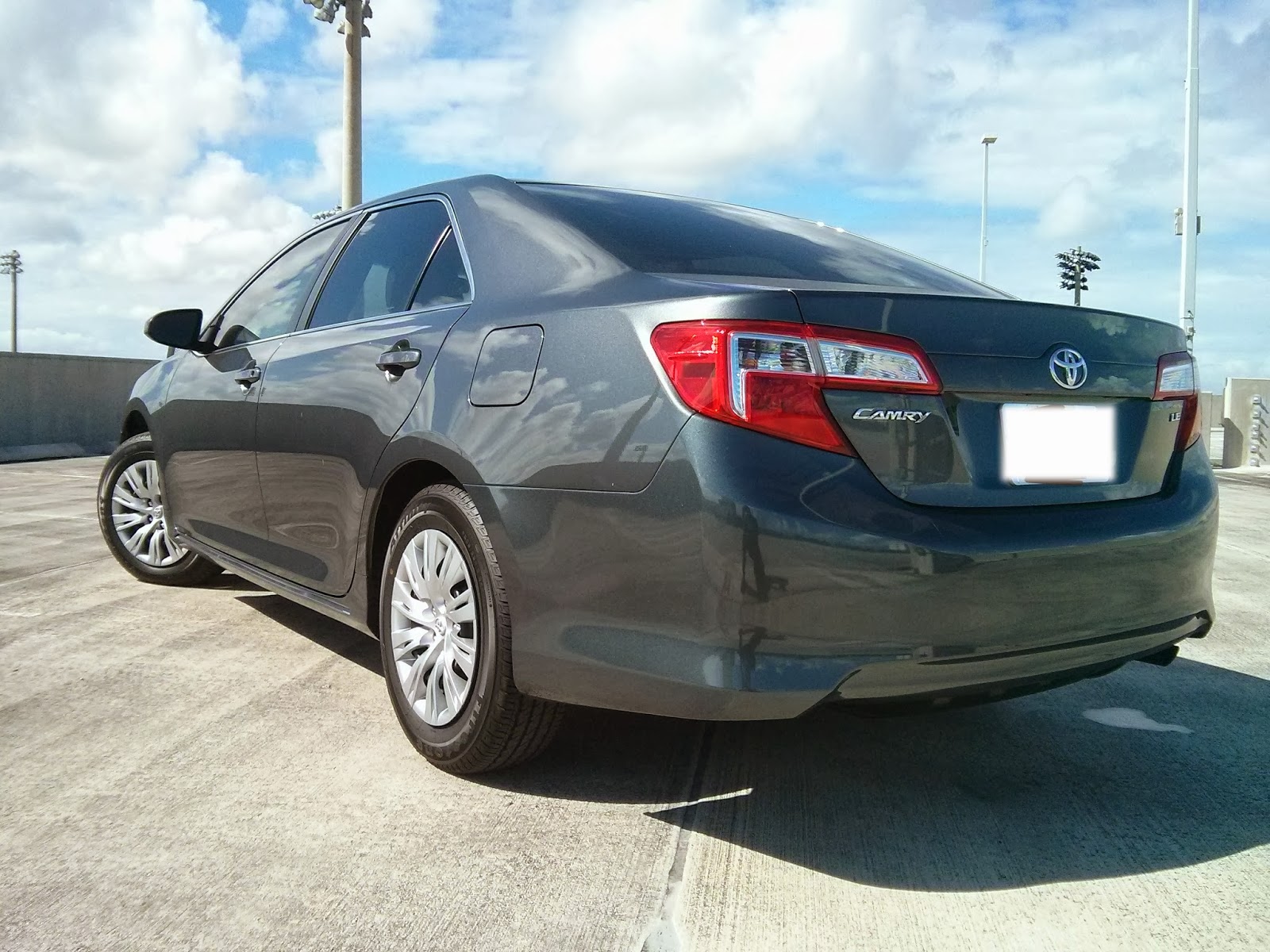 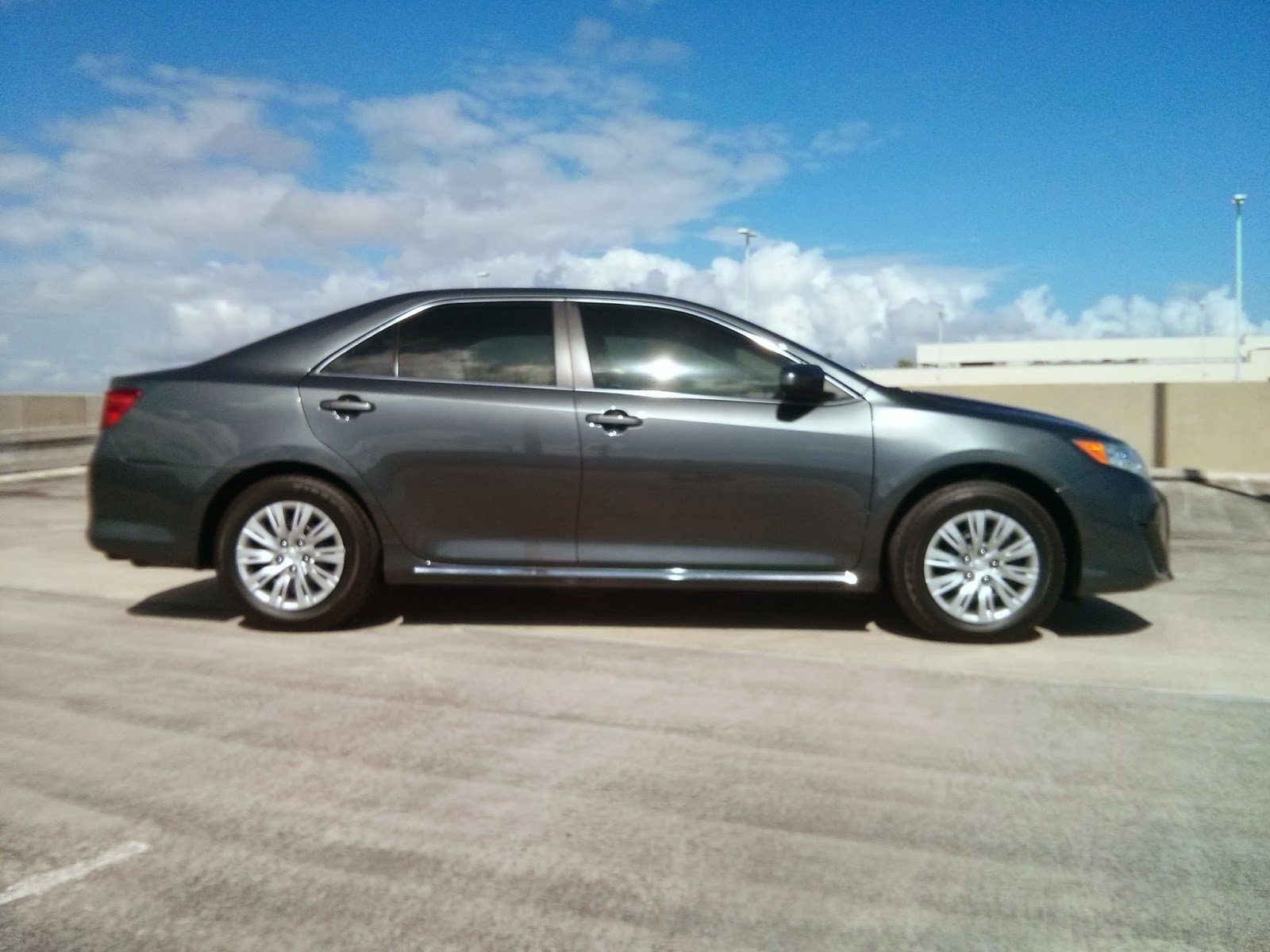 The Toyota Camry was most recently redesigned for the 2012 model year and, rather than do a ground-up change of things, Toyota left the essential parts alone and decided to spice up the exterior a bit (a dash of sprinkles?). Gone is the pudgy, rounded look of the 2011 car, giving way to sharper edged sheet metal with creases and angles. The face is just ever so slightly more aggressive while still very much approachable. The body sides are plain and void of any styling while the rear end features scimitar-shaped brake lights. The overall look is different enough from the outgoing Camry to elicit some visual interest (per CEO Akio Toyoda’s mandate to invoke “emotion” into Toyota’s products) but safe enough that the familiar Camry DNA is undiluted. Inside the cabin, all feels intimately familiar. My family has had Toyota products for years and a two-generations-down Camry (codename XV30) was very recently gracing our garage so it’s no wonder. The interior was roomy, spacious and airy with good quality materials on all the touch points. The front seats were comfortable with good support for long distance cruising though, like our old Camry, lacked lateral support. The rear space was also plenty roomy featuring loads of leg space and head room. If the new Corolla is any indication, Toyota knows how to make the most passenger room for a given space. 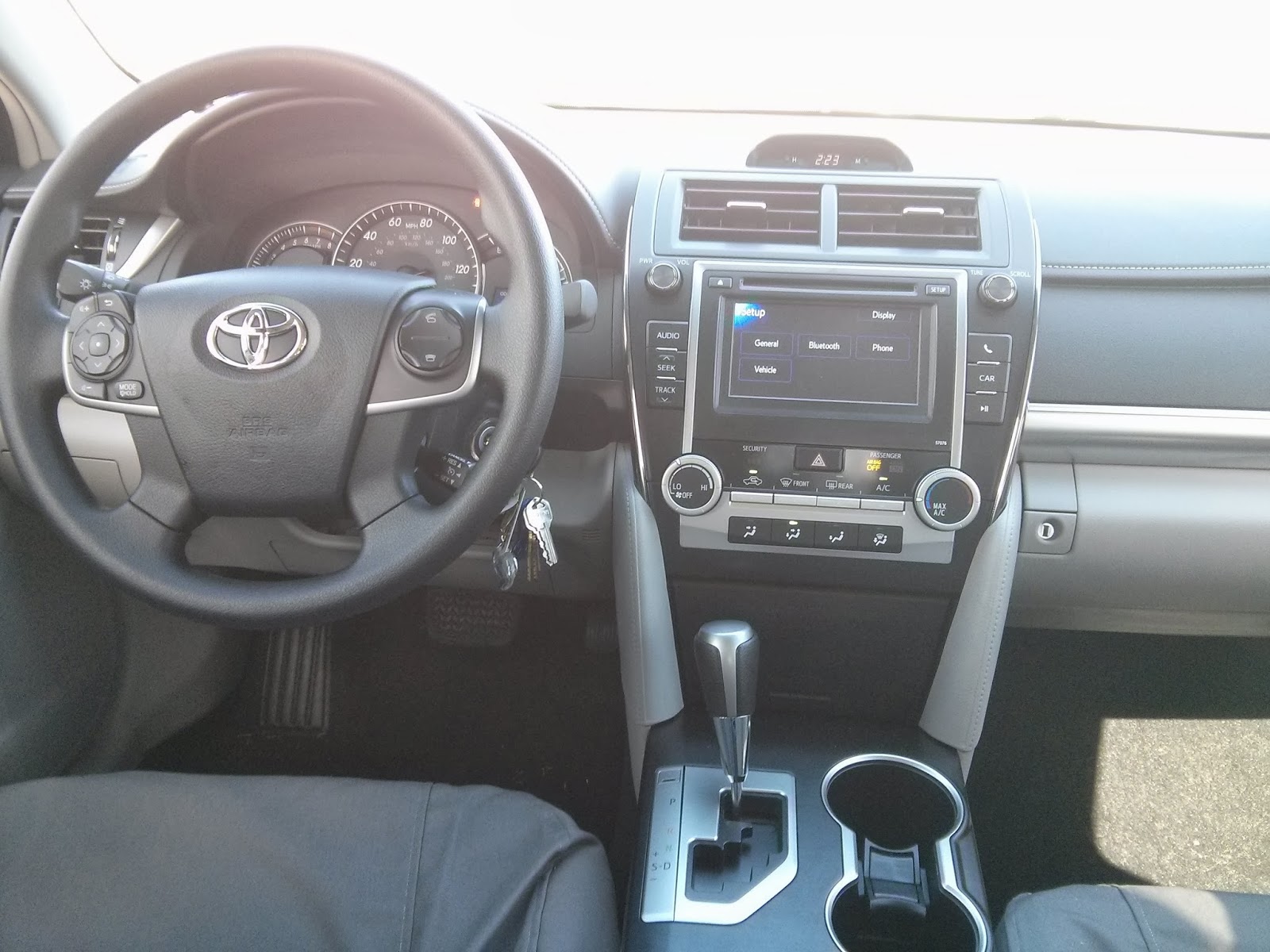 Powering my LE tester was Toyota’s ubiquitous 2.5L inline four cylinder hooked up to a six speed automatic. The engine’s adequate 170hp and 178lb-ft of torque won’t set any records and a look at the Camry’s competitive set indicates the base four banger is well, competitive (a robust 268hp 3.5L V6 is uptick option). On my short test, the Camry offers no surprises. Like that toaster you simply put your bread in and engage the lever, the Camry drives in a similar fashion. The ride is comfortable and smooth, though body roll was extreme during some vigorous driving. The all-strut suspension has been a Camry hallmark for many years and aids making the ride very supple. The transmission would rather you didn’t ask for a kickdown from the fuel sipping 6th gear for a lower one when passing and hestitates, although the engine offers enough go to suit the vast majority of the people buying this car. Noise is mostly subdued with the engine only making its presence known whenever the transmission does decide to kick down a gear or two after pinning the throttle. Again, settling into the driver’s seat was instantly familiar. This isn’t a car for enthusiasts or people who relish the drive between points A and B. Like the Corolla, the Camry aims to be as painless and unobtrusive as possible, scooting you to your destination with little fanfare. It is a car that does very little to call attention to itself….or you for that matter. 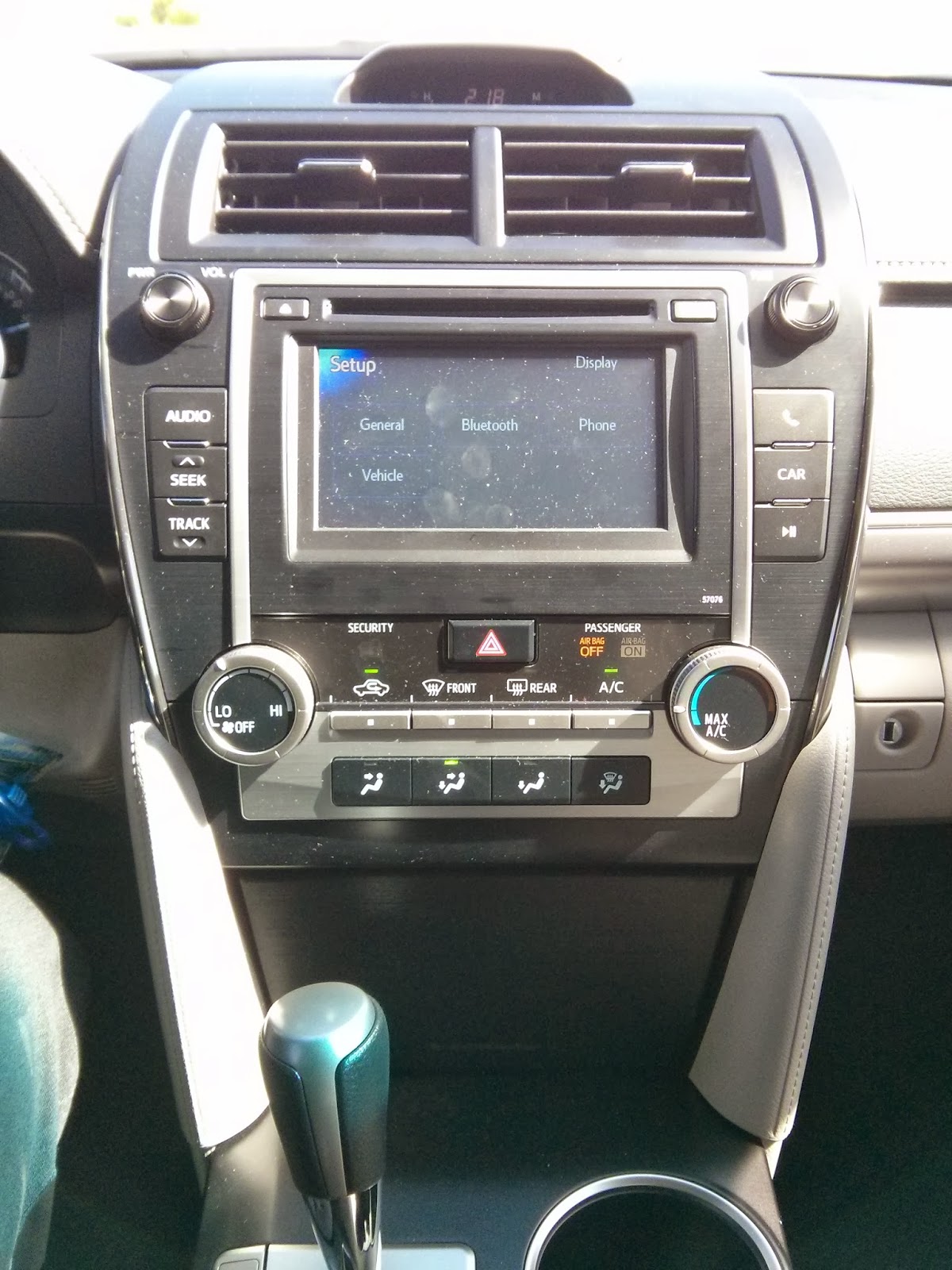 The center stack is not stylistic in that Hyundai-Sonata sense, but all the controls are logically placed and easily manipulated from either front seat. My LE tester offered a 6″ touchscreen to access the infotainment system. Bluetooth (both phone and audio streaming) as well as AM, FM and a CD player but Toyota’s EnTune system is available on higher trims. The material quality throughout the cabin is indicative of Toyota’s legendary reliability as not many surfaces I touched were offensive, except maybe for the strip of plastic around the touchscreen that exhibited a sense of cheapness. 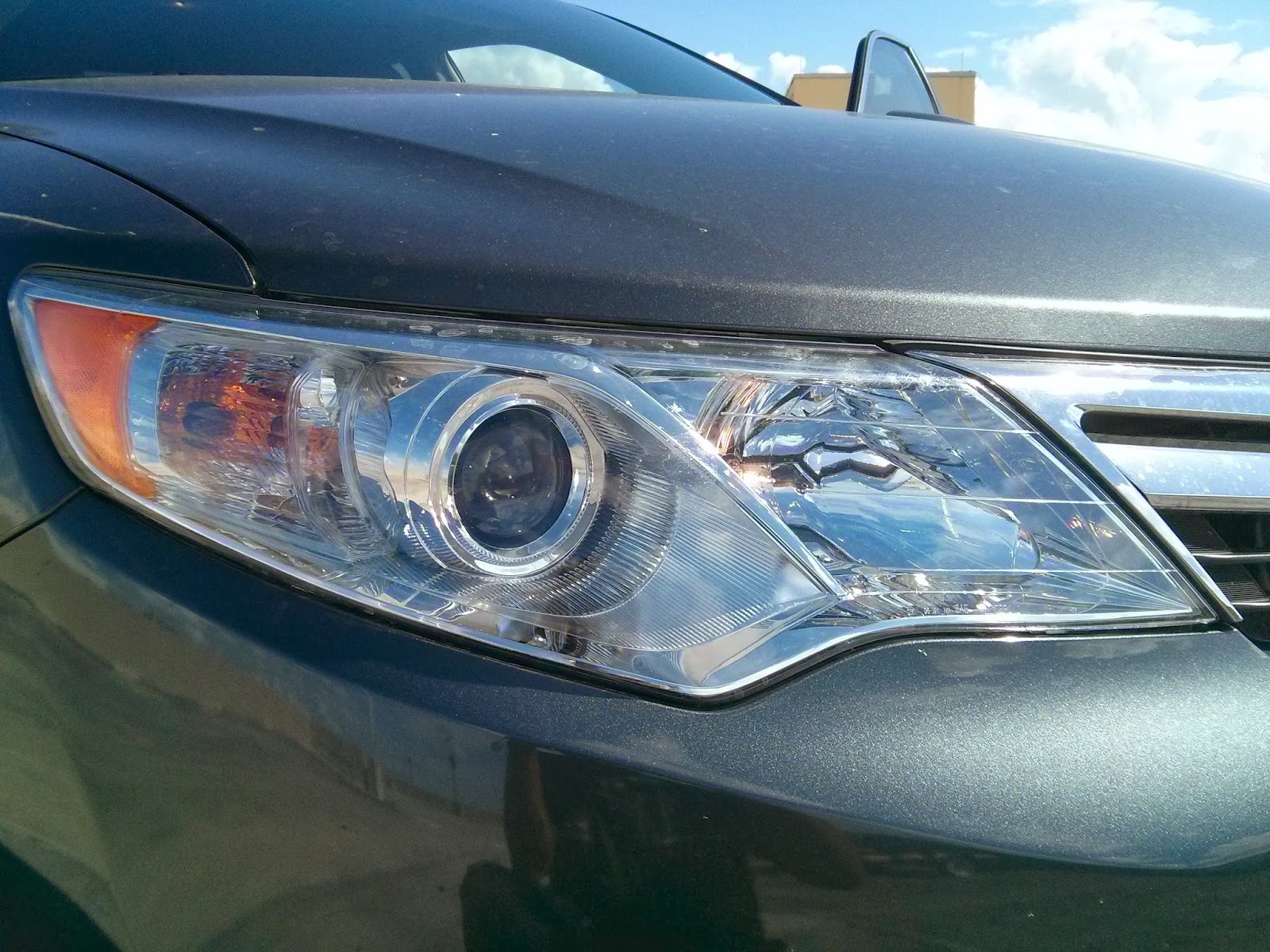 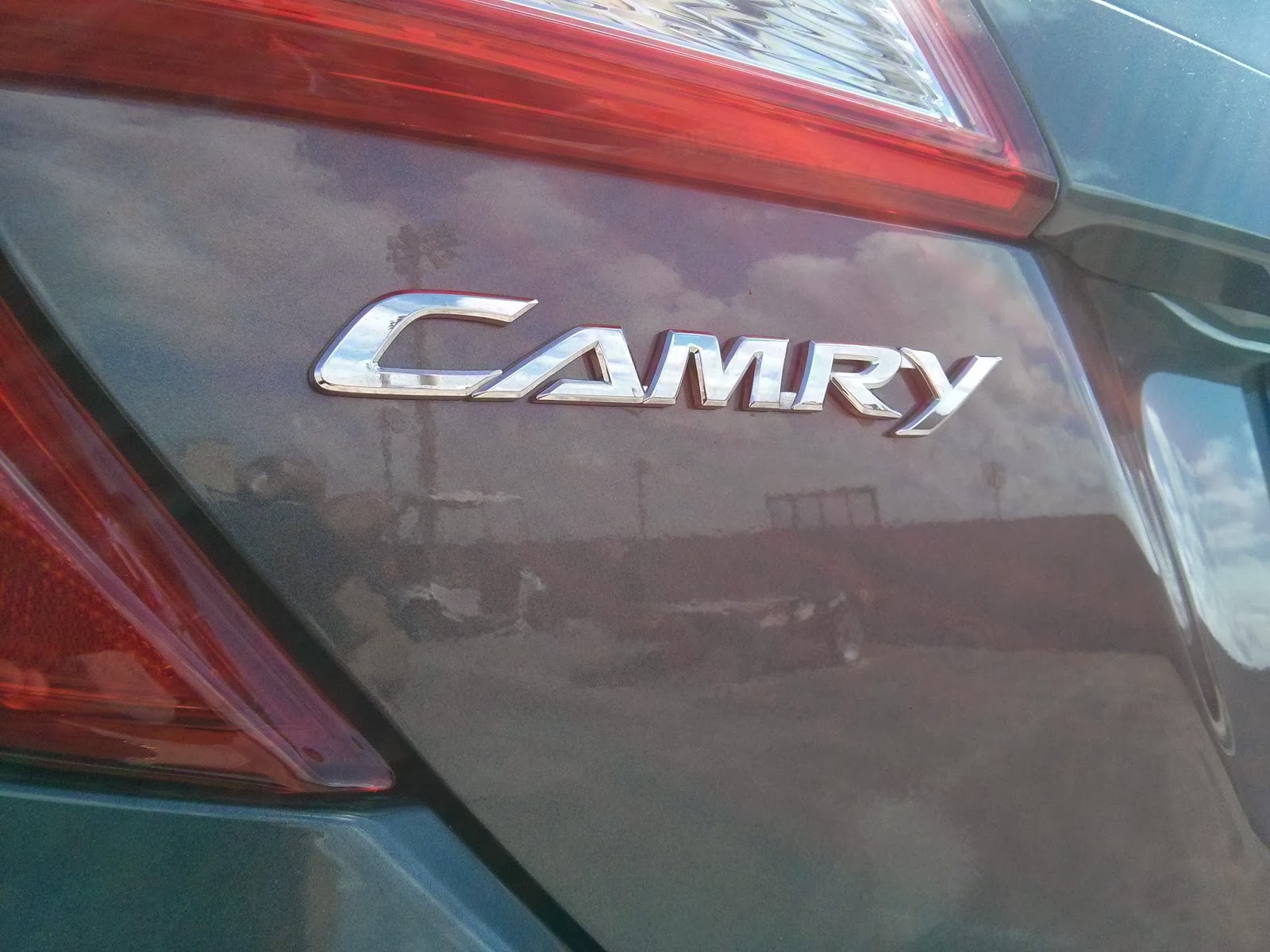 In all, the Camry is a pretty good car and will satisfy the needs of the many. It is an honest, no-brainer buy for someone who wants the space of a midsize car with good fuel economy and Toyota reliability. As someone who has lived with Toyotas for most of his life, I wouldn’t hesitate to recommend the Camry. Plus, with other variants on offer (a sporty SE model for the man who wants a good drive without upsetting the wife and a hybrid model for tree huggers who need something larger than a Prius) the Camry does most things well. Sure, you can’t really go wrong the reliability of vanilla ice cream, but there are simply too many other excellent flavors to ignore.

Special thanks to the R.P.E. Foundation for aiding in facilitating this review!