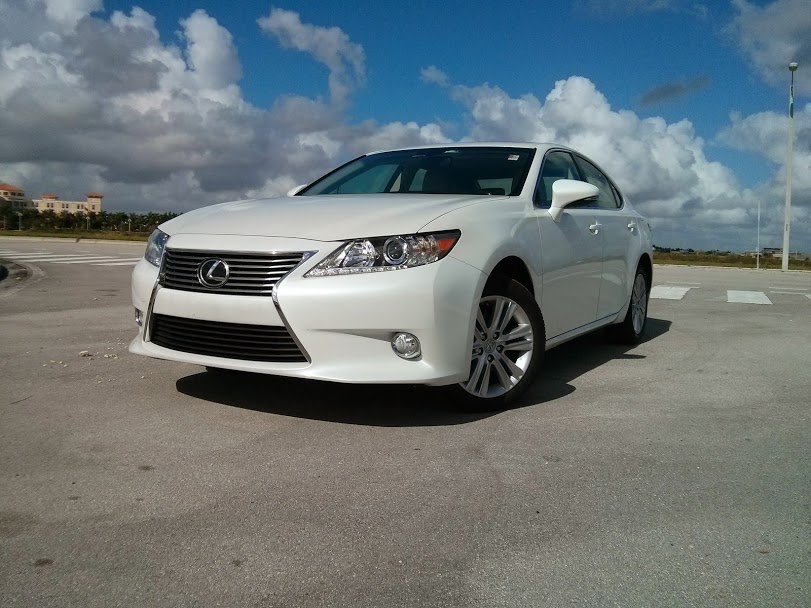 Lexus began selling its wares 25 years ago, spearheading its assault on the German luxury institution with the shocking Mercedes S-Class competing LS400 and the smaller Toyota Camry-based ES250. No doubt when examined, the LS has been quite the success, putting the German marques on notice and providing a distinctly Japanese alternative in the luxury game while providing Toyota levels of reliability and quality. However, it is the ES that really contributes to Lexus being the giant it is today, offering buyers an affordable way into the Lexus lineup with most of the bells and whistles of the pricier LS at a more attainable level. Just how successful is the ES? For every full-size LS sold, seven ES sedans leave the showrooms.

Before the CT200h arrived to anchor the entry point to the Lexus portfolio, the ES has been the car that Camry drivers aspired to eventually give up their humble Toyotas for. Continuing that tradition is this newest iteration, the 2014 ES350. While past generations have had jelly-bean proportions and staid (read: cautious) exterior styling, the new ES350 looks slightly more interesting with the adoption of the corporate spindle grille that’s been proliferating throughout the Lexus lineup. Headlights are slightly more angular than before and integrate Nike-swoosh LED DRLs for a look that resembles the next-rung-up GS350. In fact, from a distance, it would be hard to tell the two apart were it not for the dedicated brake-cooling ducts of the higher-performance GS. Unlike the previous model, the new ES features a level of creasing along its sides and stylistic treatments to its rump that try to ape its more exciting GS brother. This is a bid to encourage a younger audience to give the ES a try. While the other models have been getting more aggressive engineering and styling to reflect Lexus’ new role of chasing BMW’s skirt, don’t expect any of that LFA-magic to find its way into the ES. In fact, the only thing linking the ES to the LFA really is the big ‘L’ on the nose. Lexus isn’t stupid enough to forget what makes the ES such a sales success so the model carries on with a quiet, elegant, no-frills nature. 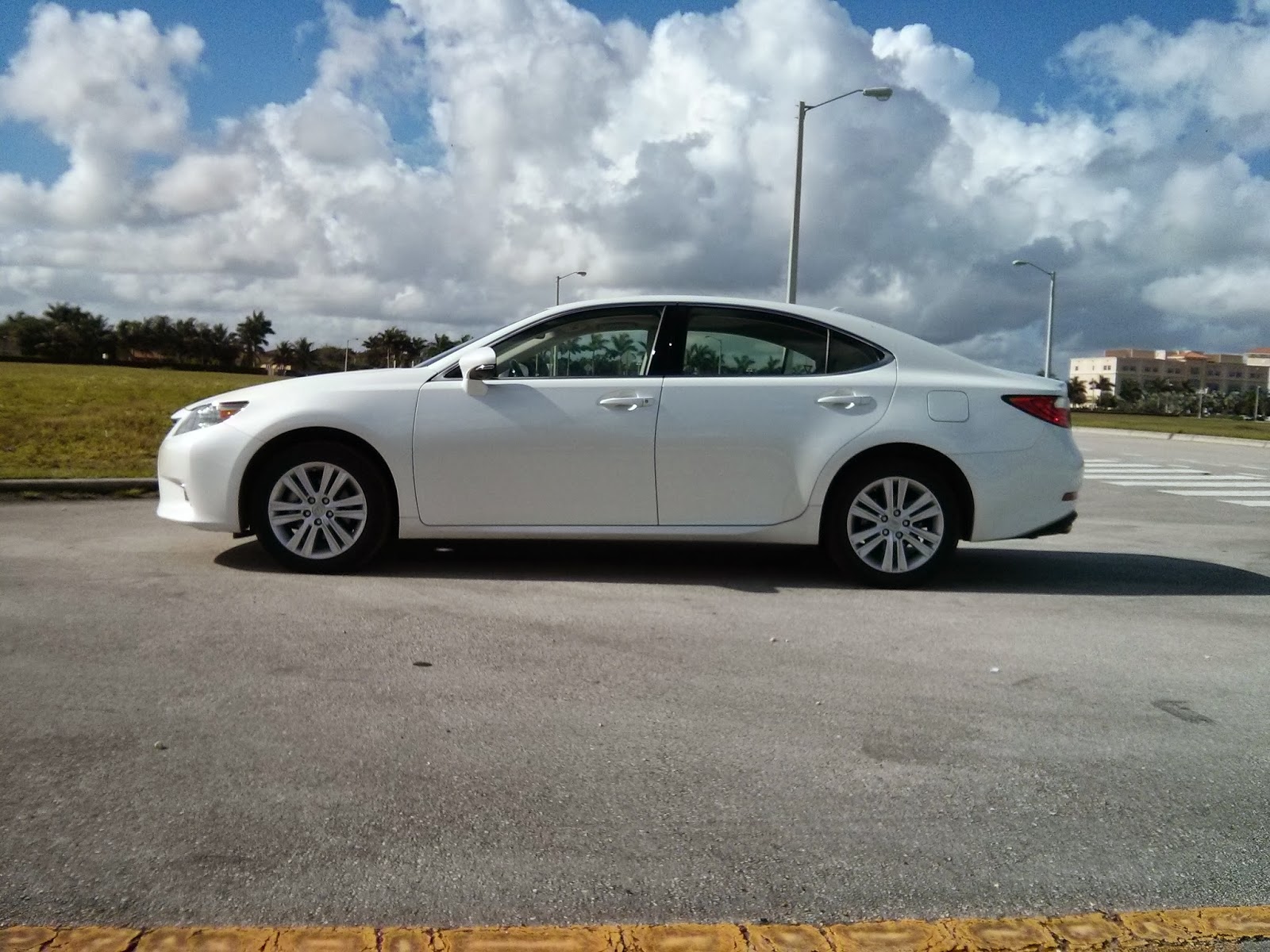 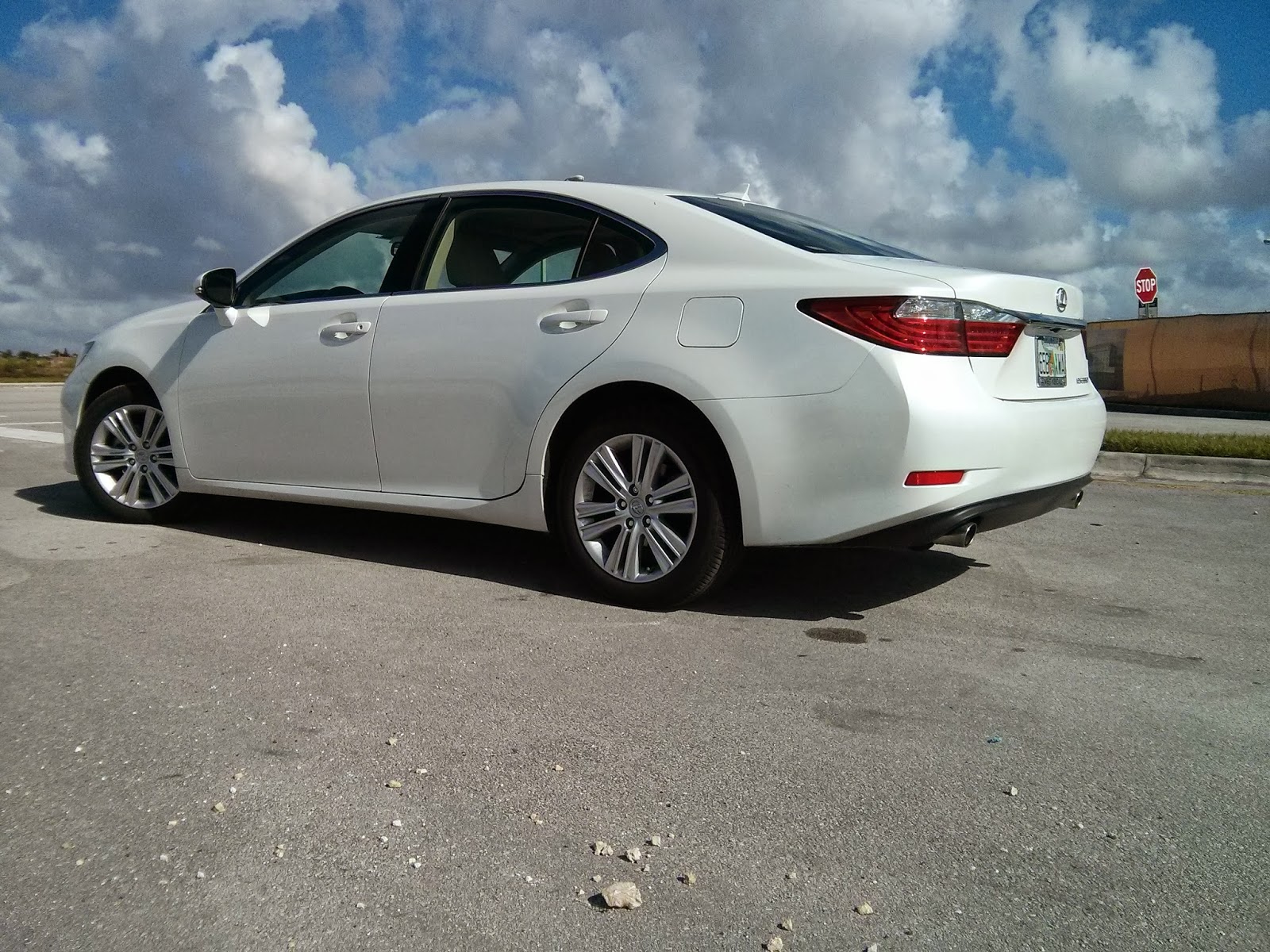 If the 2014 ES350 looks slightly larger in person, well, it is. Finally dropping its Camry roots and switching to the larger Toyota Avalon platform, the ES350 grows slightly in every exterior dimension. The move to the Avalon platform does wonders for the interior. Now, properly a large luxury car, the ES has more than enough room to suit its role as the Japanese take on the classic Buick. Legroom is good for front seat passengers while rear seat passengers yield the most gains in interior space. Both front seats are 10-way power adjustable so finding a good driving position wasn’t difficult. Bolstering in the driver’s seat was a bit unexpected but welcome when the time came to show the ES some corners. Want to know the easiest way to spot a driver’s car? If you don’t feel cocooned in the driver’s seat, then chances are the car isn’t built for the enthusiast driver and the ES350 has never alluded to such. This one is no different; the dash is flat and horizontally spans the width of the cabin albeit with quite supple materials. At the top of the dashboard lies a 7 inch screen for the infotainment system with redundant buttons and knobs below for the sound and climate control systems. Between the front seats lies a rotary controller to manipulate the infotainment screen (I found this more preferable than the Remote Touch system in higher trim models) and the Lexus Drive selector that offers three modes for the transmission: Normal, Eco and Sport (more on this later). The interior build quality is typical Lexus elegant and nothing squeaked or rattled. 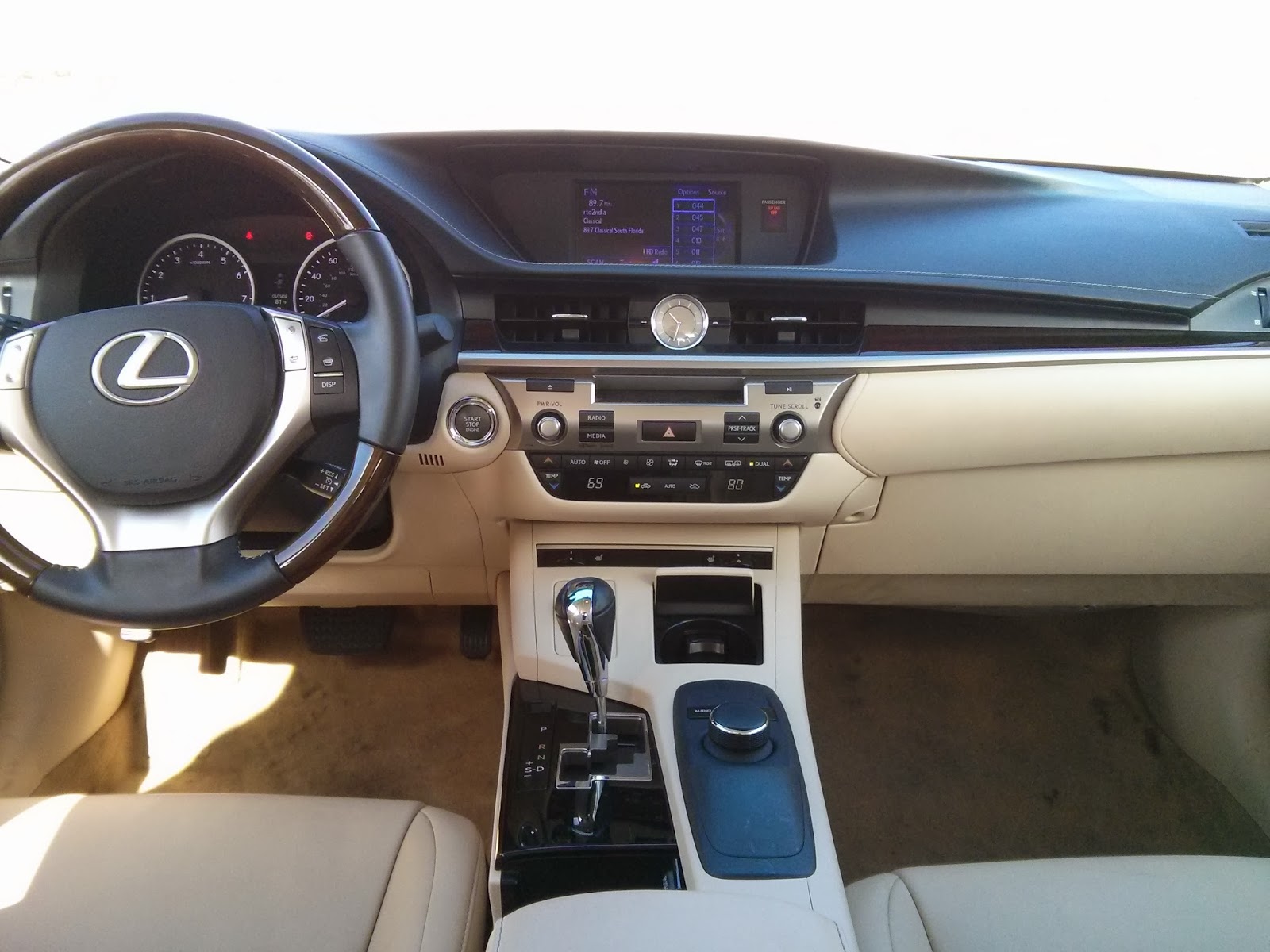 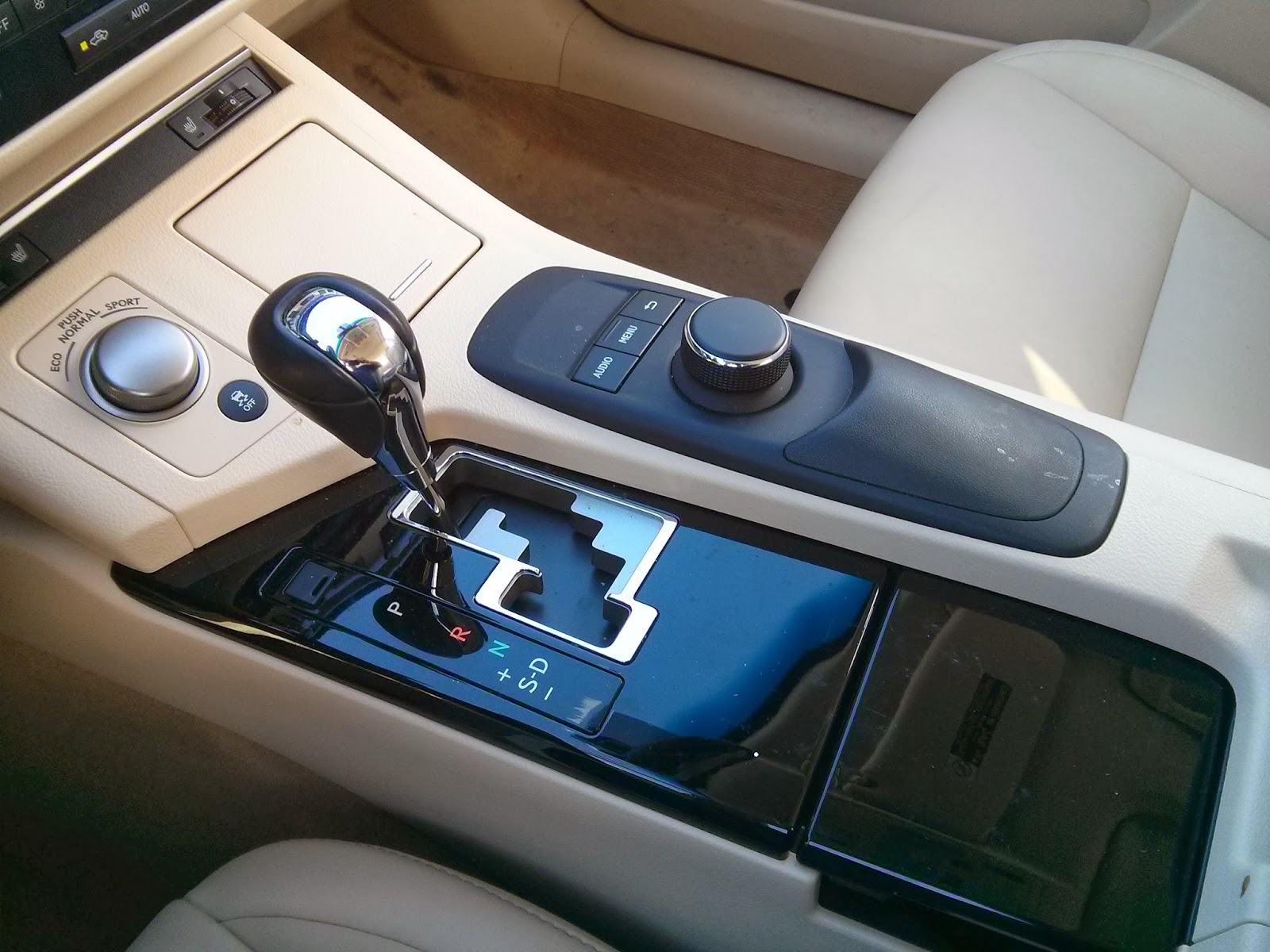 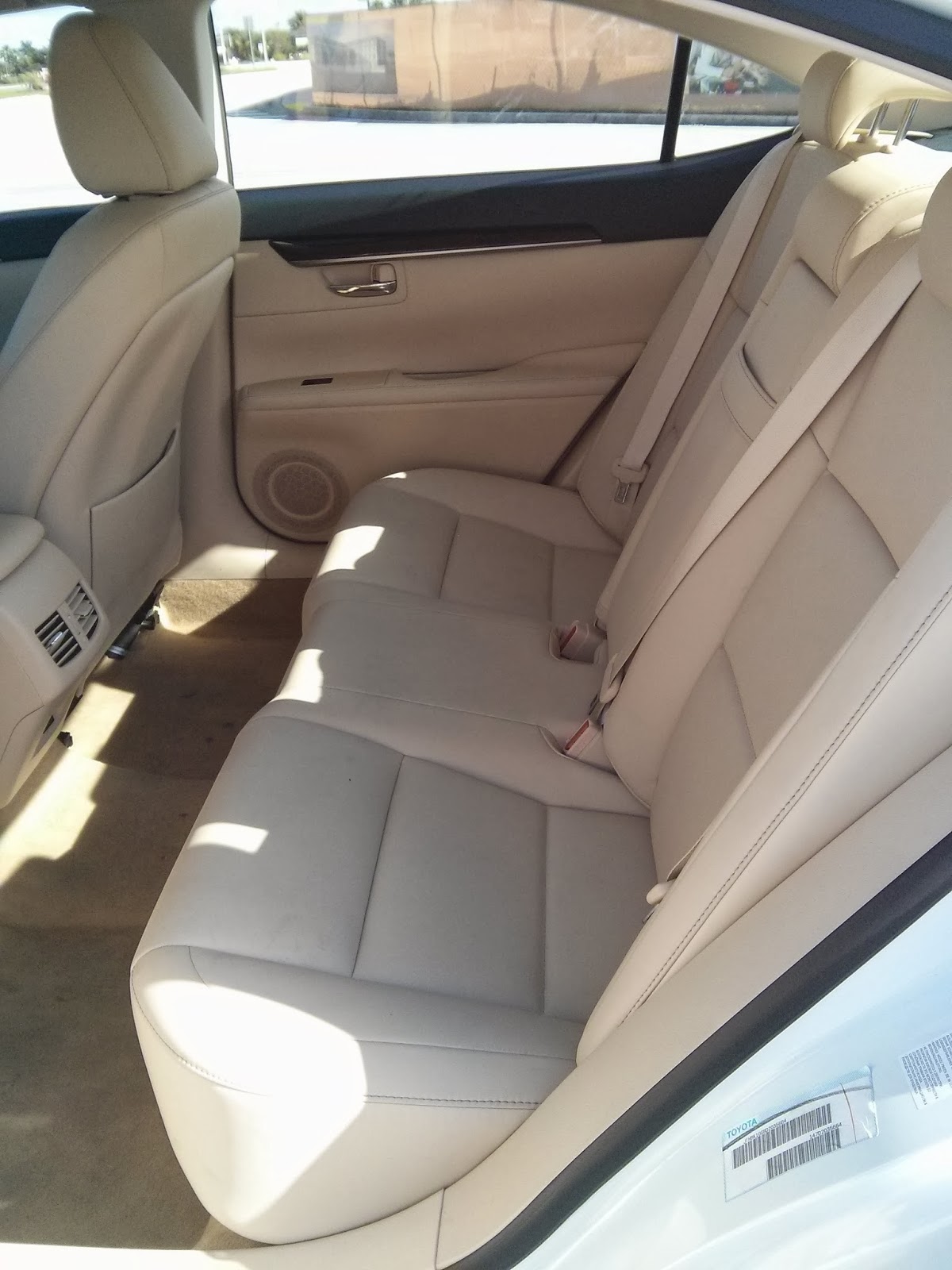 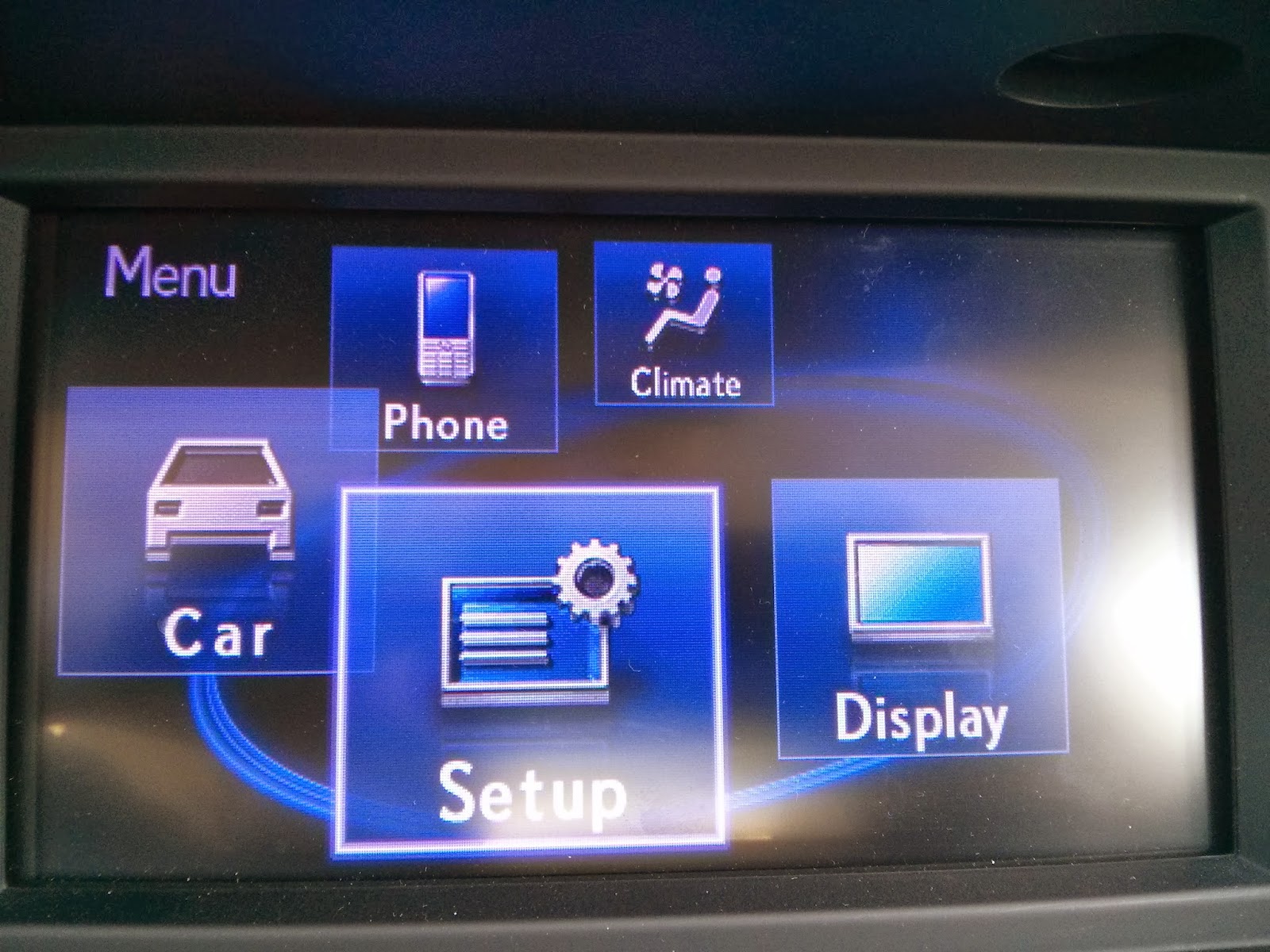 Powering the 2014 ES350 is a carry-over 2GR-FE 3.5 liter V6 with 268hp and 248lb-ft of torque driving the front wheels through an also carry-over six speed automatic transmission. So quiet is this powerplant that I had literally strain my ears inside to make sure it was running. Active engine mounts as well as acoustically laminated glass are responsible for the engine’s operation being masked from the interior. Underway, acceleration was strong if not pin-you-to-your-seat quick and torque steer was kept to a minimum. The six speed automatic slurred away through the gears with a deliberate prod to the accelerator resulting in a quick downshift and an authoritative if subdued growl from the engine bay. Befitting its mission, the electric power steering offers quick and easy turn ratios but lacked in feel, responsiveness and isolates the driver from the road. At highway speeds, the ES350 glides along in a composed and quiet fashion, tracking dead straight. Bumps and potholes are registered with a distant thump that is heard but not felt through the seats. Putting the ES through its dynamic paces however, the all-McPherson strut suspension took even moderate cornering with the same enthusiasm the Pope has for the Red Hot Chilli Peppers. The ES never feels completely settled during quick maneuvers, protesting with almost cruise ship-like levels of body roll and the all-season 17 inch tires howling away. Which brings me to the Lexus Drive selector. Bearing the ES350’s target audience in mind, it baffles me as to why Lexus would offer a Sport mode in this model, not to mention two other modes. Starting the car, Normal is the default setting and a switch to Eco dulls the transmissions shifts softens throttle response and quickly aims the slushbox for the highest gear. Sport mode on the other hand, quickens throttle response, holds gears longer and increases steering effort. During my time with the car, Sport mode was almost always engaged as it was just more usable in everyday operation. With Normal mode selected, the ES350 seemed perfectly fine, until a call to the engine room was made for more power. The transmission would think about it for a second or two (committee-choice?) before finally deciding to kick down a gear, then another as it realizes you really DID want the power in the first place. Sport mode largely mended most of this (though I wish it would remain engaged whenever I started the car). 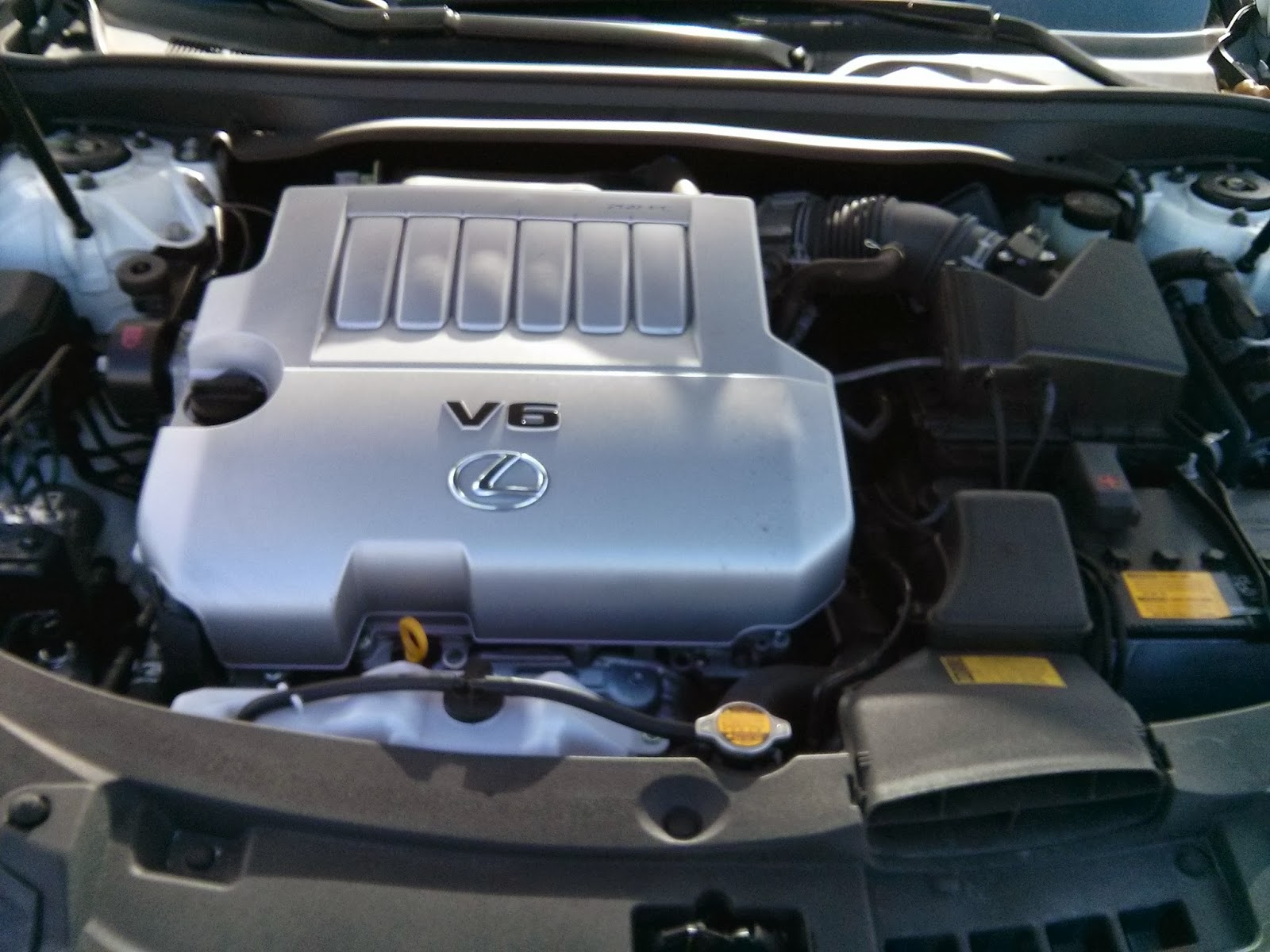 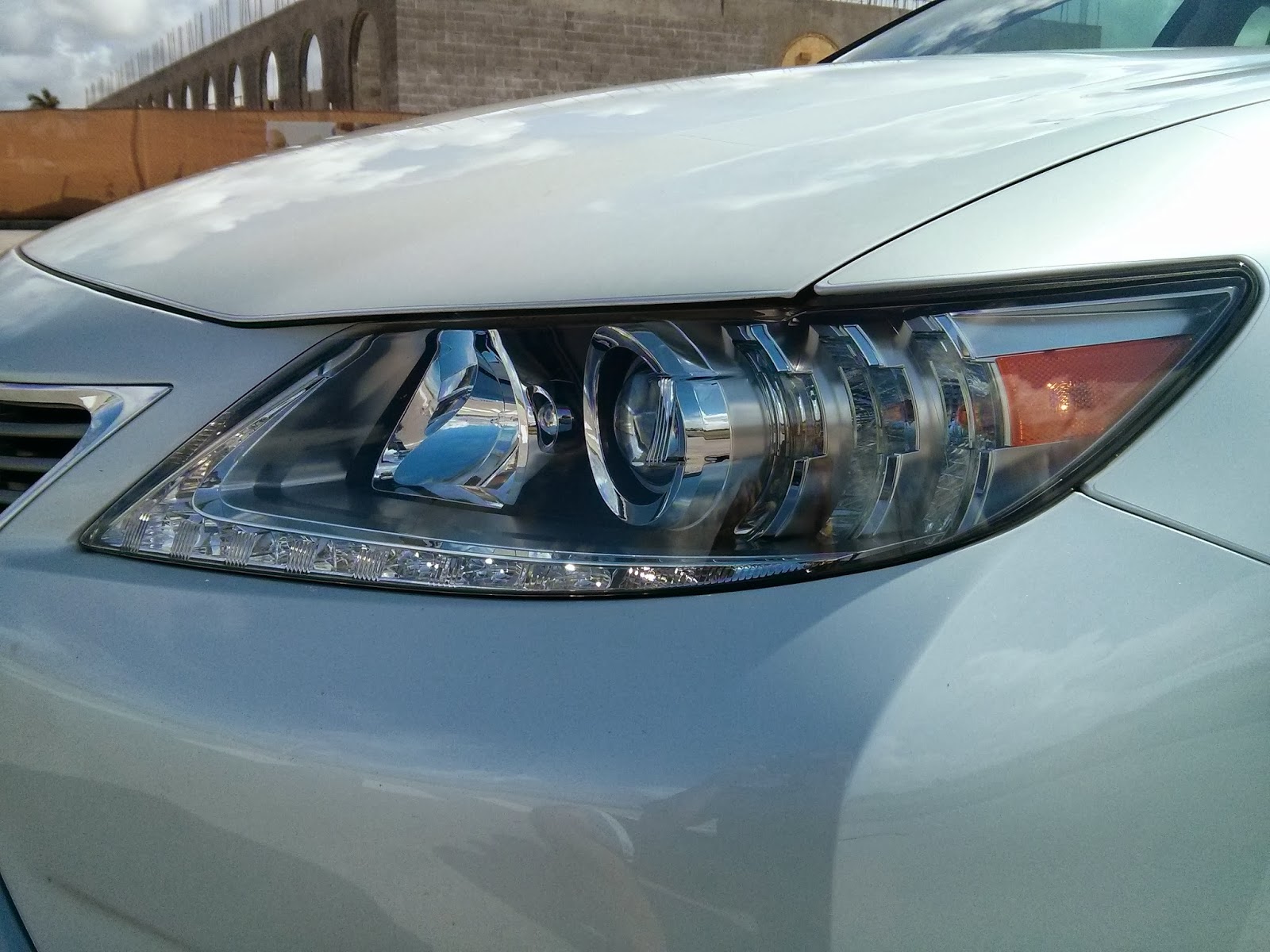 My 2014 ES350 tester was a base model priced at $37,530 ($910 handling fee included) and included the $3923 Premium package which featured Expresso Bird’s Eye maple wood trim, backup camera, the 7 inch infotainment display, an eight speaker Premium sound system, Intuitive Park Assist, Blind Spot Monitor system, Bluetooth Audio and Phone, heated front seats and wood on the steering wheel and shift knob. As tested, the price was $41,453. Luxury and Ultra Luxury packages are available that bring features such as Semi-Aniline leather surfaces, navigation with traffic and weather, Sirius/XM satellite and HD radio as well as the Lexus Enform Apps suite and a host of other goodies that will ring the register near the $50k mark. 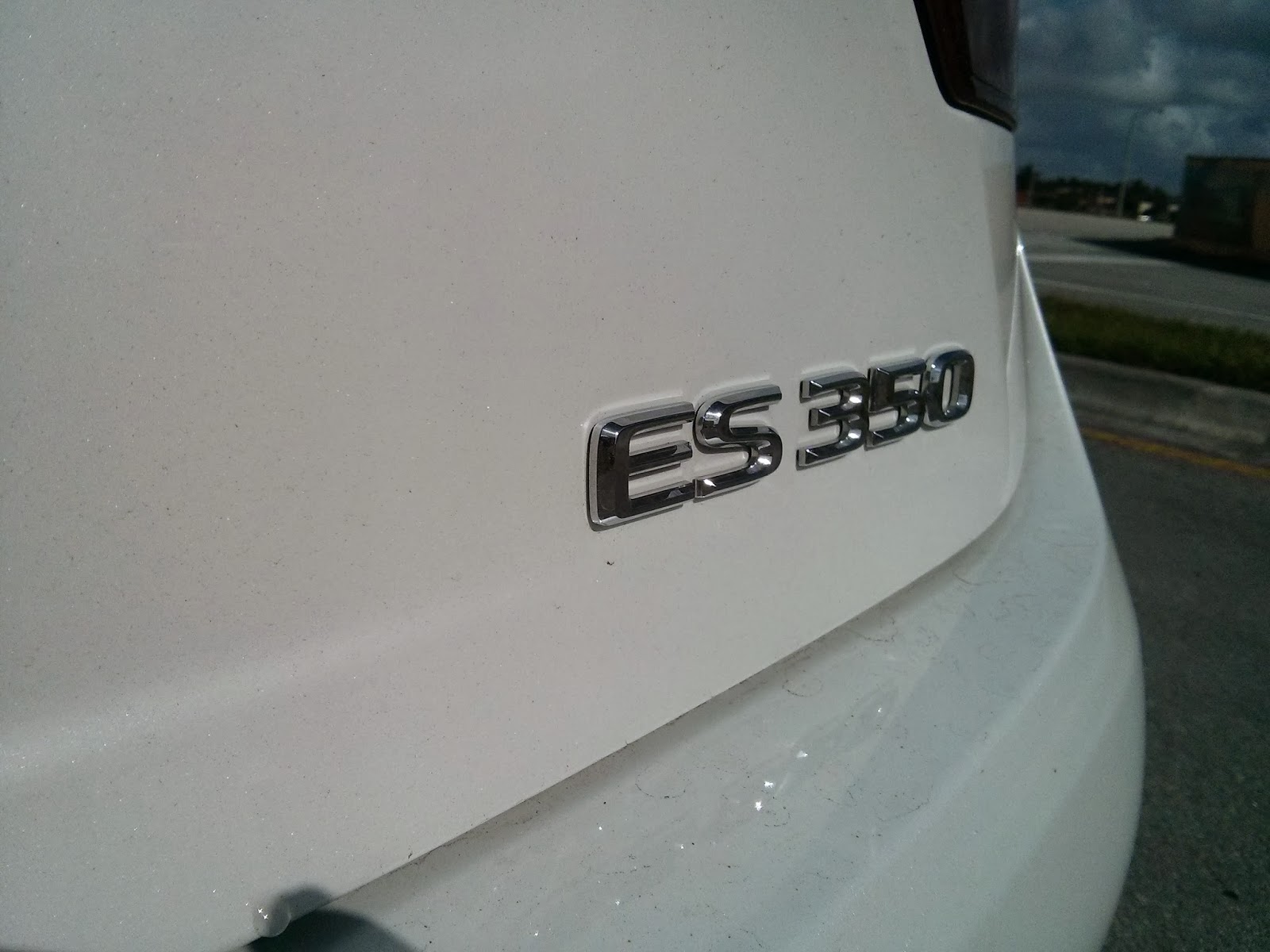 Even with Buick and Lincoln aiming directly at the ES350 with their LaCrosse and MKZ sedans, Lexus will still find continued success here. It would be unfair of me to judge the ES350 for not being an enthusiast car as that isn’t (and perhaps will never be) it’s intended mission if Lexus is keen on not messing with its formula for high sales. On the merits of transporting its occupants to their destination in a cocoon of refinement, luxury, isolation and cushiness, the 2014 ES350 excels at its purpose. It will no doubt continue to find success with the kind of people Cadillac more or less left behind to be America’s version of BMW. For the enthusiast driver however, Lexus would be glad to sell you an IS250/IS350 sports sedan.