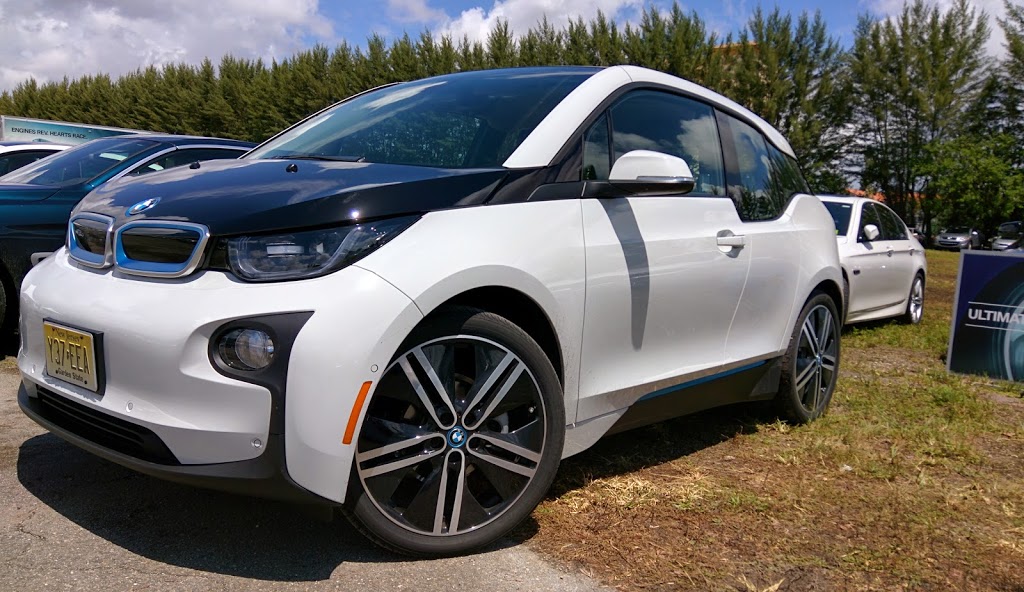 If you’ve noticed BMW’s products getting a tad soft and pudgy, you’re not alone. I recently had the chance to drive a 428i Gran Coupe (yes, that’s a thing now) and, comparing it and it’s turbocharged 2.0L four cylinder engine to an E90 328i sedan drive some years ago, the difference was stark. The silky, snarling naturally aspirated inline six of that old 328i and the nimbleness of the chassis coupled with the telegraphic steering wheel were all now masked by a noticeable layer of fat. Sure the 428i was still nimble and sporty enough, but you had to work more to extract that signature BMW driving magic as opposed to having it right at the surface with the old 328i. And while the turbo four was plenty powerful and much more fuel efficient, it’s character was one of indifference.The driving press was left scratching their collective heads. Has BMW lost it way? Now with the launch of its new i brand, the signs were even more ominous.

How was BMW going to explain this seemingly blasphemous course shift?

What started with BMW dipping its toes into the hybrid market has now turned into a headfirst dive into the electrified driving future. Purists will cry foul and point to this car as clear evidence BMW has lost its “Ultimate Driving Machine” wits, but the manufacturer isn’t budging. Rather than think of the i3 as blasphemy (hard as that was for me not to do), I decided to be open-minded as I was handed the keys at a recent driving event.

Approaching the i3, I couldn’t help but notice how futuristic it looks. Imagine a utopian future where mobile pods are the primary means of transport, now place this car in that thought and it’s not completely out of sorts. Even if the roundel wasn’t pasted on the hood, the kidney grill (which isn’t really a grill) and the shaped headlight stack as well as subtle design cues still point to this curiosity being a product of Munich. Tall 19″ wheels are promising until you notice the ultra skinny 150/90R19s wrapped around them, all the better for the least rolling resistance possible. The i3’s upright stance and design are as unconventional as they are intriguing. The door entry has no B pillar and the rear door is side hinged, suicide style The rear hatch area is one piece glass with the tail lights sitting underneath. The belt line is similarly funky with an, ‘up, down, up, then down again’ style that’s bizarre yet eye catching. This isn’t a beautiful car, but then again neither was the 2nd generation Toyota Prius and we’re pretty much used to that car’s styling.

Where the i3’s looks are, well, unique, it’s structure and chassis are remarkable for sheer engineering prowess. Utilizing what BMW calls its “LifeDrive” (yes, really) construction process, the manufacturer was able to bring a concept called the “skateboard platform” to production. Here, the chassis is one unit while the passenger cell is another. Simply put, it’s the next generation of body-on-frame construction involving aluminum and carbon fiber reinforced plastics. The skateboard, or Drive Module, houses the 450lb 22kWh lithium ion battery pack while the electric motor is housed as the rear and supplies 170hp and 184lb-ft of torque at zero rpm.  The entire Drive Module is made of lightweight aluminum with only steel components being some suspension bits and pieces. The passenger cell, called the Life Module, is fashioned from carbon fiber with the side panels made from composites. The entire car weights just over 2600lbs (without an optional range extending gas engine) and, with other BMW models, the weight is split 50/50 front to rear.

The i3 is marketed as a city and as such, my drive was done around the streets of central Hialeah. In this setting, the i3 is in its element. Torque from the electric motor is right-now there and give the car a peppy feel. See that hole in traffic? Prod the gas, er, throttle and the i3 will make it The ride was pretty compliant and visibility was excellent. Too excellent on some occasions. Driving the i3 through the city is almost like driving a Lamborghini Aventador in terms of the looks and stares you’ll receive. On one occasion, I was stopped at a traffic light and one of the street vendors who was walking between the cars, selling bottled water stopped directly in front of the i3 and looked it up and down. After about four minutes of intense scrutiny, he gave me a nod and continued on his way. This happened about three more times during my drive and while a bit unnerving, is something an owner should get used to.

The tinny feeling I was half expecting while sauntering through town never materialized. The structure is vault-rigid and doesn’t feel or drive like a science experiment. The steering, while electric, is quick and precise, imparting good response without feeling darty and while the skinny tires make no pretense to be sporty, they otherwise were grippy where it counted. Turn hard enough and the rears will skip through corners (not enough contact patch) but non-defeatable stability control will kick in to right the car. At normal speeds, even though there’s a brake pedal next to the throttle, it is quite easy to drive the i3 using the throttle alone as long as you can anticipate stops. Lift off the throttle and the electric motor’s regenerative braking will kick in to slow the car to a stop, during which energy is recaptured and routed back to the battery. The torquey nature of the electric makes stoplight drag racing addictive, but you’ll only end up depleting the battery more rapidly.

Unlike other BMWs, there’s no Sport or Sport+ mode to select as, this being an electric city car, only EcoPro and Comfort modes are available with an EcoPro+ mode new. In other words, if you want get hooliganish, Comfort mode is your best bet as the car provides full power. EcoPro trims off throttle response, increases regen braking and EcoPro+ shuts of the air conditioning and uses a display on the dash to remind you that the i3 isn’t an M3 so quit the tomfoolery. Another quirk about the i3 is that, unlike conventional cars, there’s no creep if you ease off the brake. If your feet are completely off both pedals, the car won’t move unless you tease the throttle.

Inside, the i3 is a tad less polarizing than the exterior, but still a bit aloof. The column mounted shifter requires a learning curve, in that it doesn’t move up and down. Rather, the capped end of the stalk rotates: forward for drive, back for reverse. A button on top of the rotating end engages park while another on the fixed portion turns the car on or off. Having driven other BMWs that day that have their own fiddly shifters, this was almost infuriating. I had to concentrate on the display to make sure I was in the correct drive mode before moving the car. The rest of the interior is quite airy and spacious, almost like a living room. This being a zero emissions vehicle, most of the interior materials are fashioned from recyclables. There were some surfaces that I thought looked a bit cheap but the strip of wood that lines the dashboard looked pretty good and, running under the infotainment screen and driver’s info screen give the car a techy, yet classic feel. This might be a city car, but it’s a quality interior and is almost concept car-cool.

Starting at $42400 sans destination ($46250 with range extender), the i3 isn’t cheap by any measure although federal and tax incentives can sweeten the deal. As long as you’re prepared for an alternate lifestyle, the i3 could very well be the easiest EV to live with on a daily basis. The charge time is a reasonable three hours plugged into a 220 volt circuit (in your garage), or 30 minutes from a fast DC charging 440 volt circuit and yields a range between 80 and 100 miles. And even if you’re of the range-anxious sort, the iDrive navigation system can learn your driving style and predict whether or not your destination is feasible given the amount of charge the battery has. As always, your mileage will vary based on your driving style and while the i3 has a 93 mph top speed, highways aren’t the its ideal environment. While the i3 may sit at the polar opposite of BMW’s other models, it is no less a BMW as all of manufacturer’s core values such as lightness, solidity, driving dynamics and quality are present and accounted for, except that they’re encapsulated in a completely different concept. No, the i3 isn’t the Ultimate Driving Machine in the sense of canyon carving, tire smoking dynamics. Yet, on my short drive, I couldn’t help but find the concepts that make those same canyon carving, tire smoking dynamics possible. Look at is this way: while the M5 is perfectly capable of driving in the city, it will always keep you aware of the nuclear bomb under the hood and will you to take it to the track where all 560hp can be unleashed in full. The i3 on the other hand, will handle a track (if you ask nicely) but would rather you keep it within city limits where its quick responses, demure size and efficiency are able to shine.

The i3 is indeed an impressive piece of engineering from BMW and as their first ground-up EV offering, hints at what the German outfit has in store for the market. Now if only I could get the keys for the i8….

Many thanks to Rich Beam, Byron, Julien, Clippy and the entire staff for putting on an impressive day. Special shout out to Byron for his exceptional coaching and knowledge!