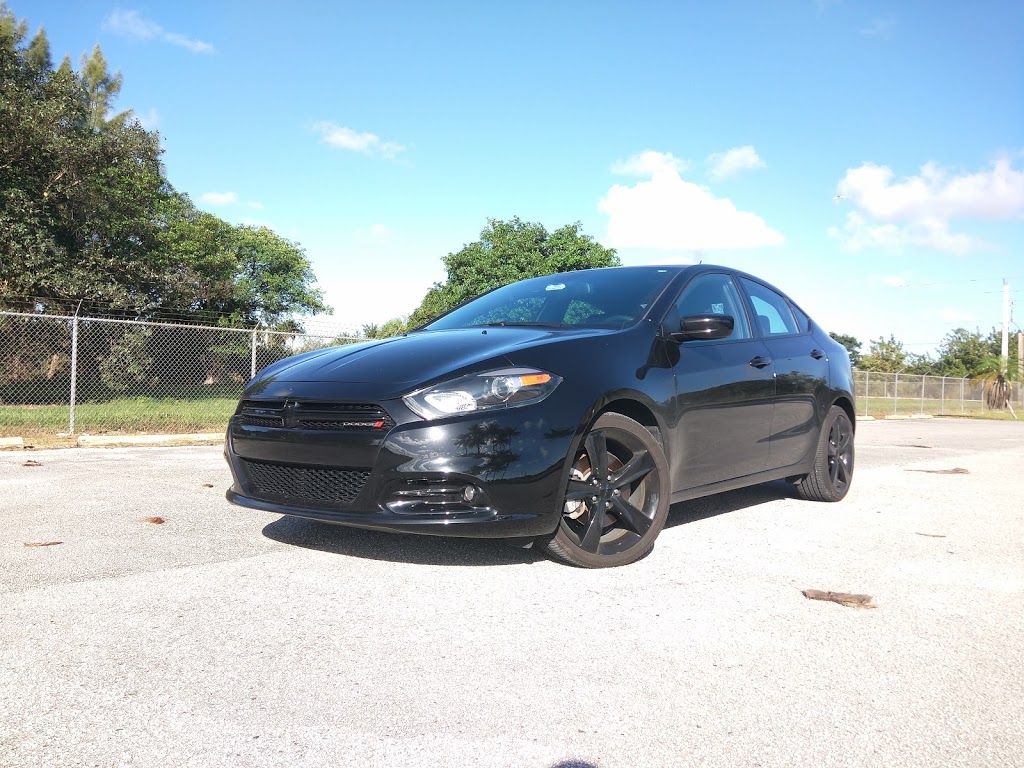 Ahh, the Dodge Neon. The automotive equivalent of a caveman, next to the more advanced Japanese set (to say nothing of the equally ancient Chevy Cobalt), it was a decent runabout of a compact car. However, in SRT form, it was the king of the sport compact car segment. What it lacked in the finesse of the Honda Civic Si/VW GTI set, it more than made up for in brute force. Whereas the Si was a high rpm VTEC screamer and the GTI brought a high tech 2.0L turbo, the SRT4 was armed with a large bore, fire spitting 2.4L with a large turbocharger. Like bringing a sledgehammer to a katana blade fight. So American.

But alas, the Neon was too rough-edged a thing to survive for long, popular as it was. Enter the quasi-SUV Dodge Caliber to take up the reins in 2007. But the Caliber came to market at a very weird and hostile time, not to mention it couldn’t hold a candle to the quality of its competitors. From 2007 to 2012, the Caliber soldiered on, holding the compact candle for Chrysler while it divorced from Cerberus Capital Management Group (who we’re pretty sure abused the company) into the welcoming arms of Fiat. Finally, we thought, here’s a chance for Chrysler to finally get the love and tender care it needs to shine. The first product of this marriage would be a compact car based on the excellent platform of the European Alfa-Romeo Guilietta compact, slightly altered for bulky Americans (i.e. wider, longer).

Built on the Compact U.S. Wide (CUSW) platform, the Dart is on the larger side of the compact segment. However, designers did a fine job in differentiating it, not just from the Guilietta, but from pretty much everything else in the segment. If you squint really hard, you can see some elements of the Neon design in the body. From the rising belt line and large windshield in the front 3/4 view to the neat rump and large glass area. Resplendent in black paint and murdered-out black wheels, my tester was, err, murdered out. Tint the windows and you’d have a properly sinister, yet handsome looking compact. The headlights are large, yet (again blacked out) squint into a squashed Dodge cross-hair grille with a gaping maw down below, flanked by brake cooling ducts with integrated fog lights. Around back, the brake lights from Dodge’s now signature ‘race track’ pattern that are unmistakable for anything else but a Dodge. Taken as a whole, the Dart looks purposeful and while not exactly pretty, is a good looking car.

Inside, things get even more interesting. The race track pattern on the tail lights is reflected in a lighted ring around the instrument cluster. The instruments themselves are large and easy read and feature a large LCD between the speedometer and tachometer for trip and vehicle information. The 8.4″ UConnect system was large and as user friendly as the automotive press suggests. Bright, clear and with quick response to touch inputs, the system was a joy to use (take note Ford). The seats featured premium black cloth and while the fronts were wide and offered good support, I was a bit surprised at how little space there was in the back. For a compact car than on the larger side of the class, the Dart’s backseat was short on legroom, despite having good width for elbows and shoulders. For comparison sake, the Toyota Corolla offers a huge backseat with limo-like legroom. Headroom was on the low side compared to others in the segment, but at least the materials were quality. Everywhere you’re likely to place your hand felt decent to the touch, if not plush and luxurious. Occupying the driver’s seat, all controls fell readily to hand. Interior wise, the Dart is a huge improvement over the Caliber’s Rubbermaid-like cabin and felt like a larger car than it was, which some buyers will appreciate.

Under way, the Dart also drives like a larger car. Powering the front wheels is the ‘Tigershark’ 2.4L inline four cylinder, mustering 184hp and 172lb-ft of torque through a standard six speed manual transmission (a six speed automatic is optional). On an empty stretch of road, I timed a 0-60mph run from a standstill in a tick over 8 seconds, right in the thick of the compact segment. On the outside, revving the engine gave a somewhat pleasant exhaust note but cresting 4500 rpm the note turned thrashy and coarse. Though the 2.4L will rev willingly, it’s not an engine that sounds particularly good doing so (see Honda Civic for that).  On some curvy roads and long sweepers, the Dart’s Guilietta-based platform shines though. The strut-front and multilink rear suspension take a set and the Dart hunkers down through the corner. This being the SXT model, the suspension is softer but with a hint of Euro firmness that fought body roll at the limit. Understeer ultimately prevails, but the Dart didn’t urge me to push it harder. Opt for the GT model and the suspension is even starchier though ride quality may suffer. Grab it by the nape and the car will play along, but it doesn’t have the always-willing-to-play character of the Mazda3. While the Corolla will insist that you DESIST from any shenanigans behind the wheel, the Dart will prove entertaining and willing. However, the Dart is in its element loafing along at 70mph, the suspension doing its best Dodge Charger impression, soaking up bumps and giving a big-car ride. The steering is quick but was at times lifeless with little feedback on how far I was pushing the Dart. The six speed manual had long throws and I’d sometimes catch 4th when downshifting to 2nd.

While the Dart’s driving dynamics aren’t top of the class, it will satisfy the technogeek with it’s veritable list of standard and optional equipment. I can’t say enough about the user friendly nature of the UConnect system and the availability of things like heated seats, satellite radio, rearview camera, Bluetooth, navigation and heated steering wheel. My black SXT tester came standard with the 2.4L/six speed manual and from there, was equipped with the Blacktop Package (black 18″ wheels, black fog lamp surrounds, black exterior mirrors),8.4-Inch Touch Screen UConnect Group (Illuminated Instrument Panel Surround, iPod® Control, Remote USB Port as well as the aforementioned 8.4 touchscreen) and elements from the Rallye Appearance Group (Active Grille Shutters, black Crosshair grille with black surround, dual rear exhaust with bright tips, fog lamps, leather-wrapped steering wheel, touring suspension, rear stabilizer bar, underbody aerodynamic treatment). As tested price is $21,128 (including $995 destination). As value or money, the Dart ix excellent for the price. It’s a decent drive and includes a plethora of technology that nowadays is essential for any modern car buyer. If you’re looking for a driver’s car, you could do worse (ahem, Hyundai Elantra) but as an all around daily driver, the Dodge Dart is a great choice. Mopar fans clamoring for a return of the SRT4 will have to wait till 2017.

Hat tip to Doug for helping to make this review possible!