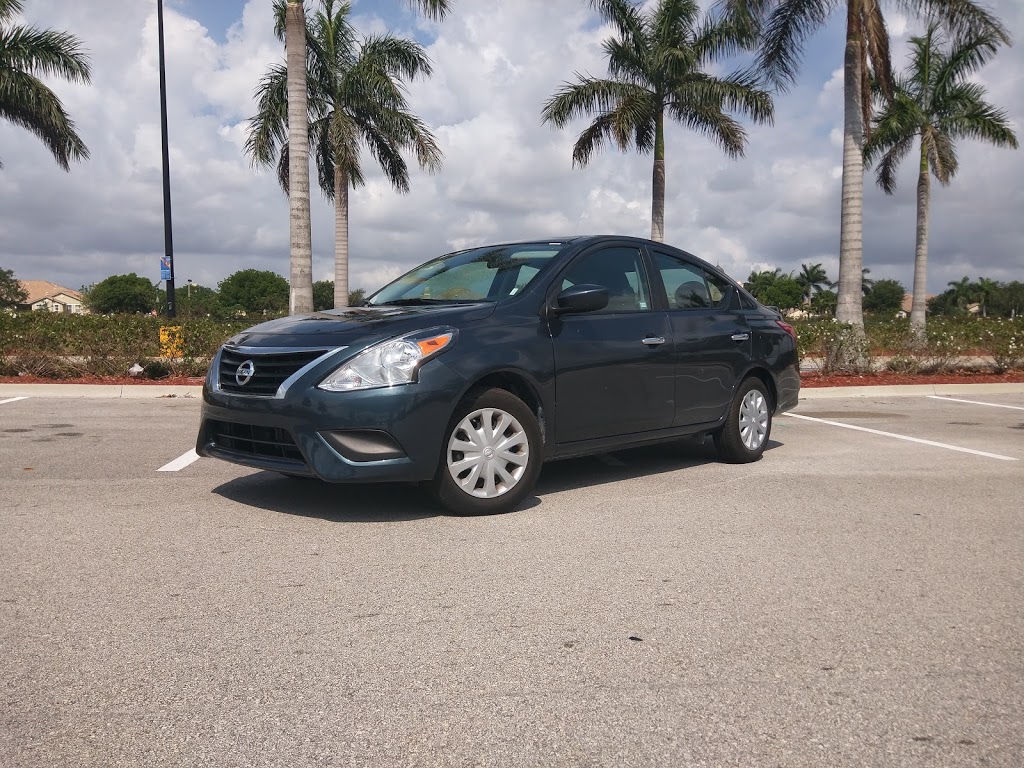 A lot of cars have passed through my hands in the many years this blog has been alive. Sports cars, family sedans, crossovers, pickups, you name it. However, the subject of this entry represents a first: the subcompact. In this category, which rose to prominence after America’s first brush with $5/gallon gas sent its citizens scurrying for more efficient vehicles, sits the Nissan Versa. As a car that lays claim to the lowest new-car MSRP in the country, the Versa screams a good deal to anyone who wants a brand new set of wheels and not a lot of cash to spend. But just because something is the cheapest, is it really the better deal?

First, this Nissan Versa, redesigned in 2012 with a mild refresh for 2016, anchors the Nissan lineup at the entry point. Thus, it has to do battle with other subcompacts like the Ford Fiesta, Honda Fit and Chevy Sonic. Approaching the Versa, Nissan’s design language is apparent, if overly done. With its mini-Altima-like appearance, the body is amusing in the sense that it looks one size larger than the wheels, almost as if it’s on stilts. My mid-level SV came with a looks-tacked-on spoiler on the trunklid and 15″ steel wheels wrapped in high profile rubber. One of the longer wheelbases in the segment leads a few of the Versa’s selling points: a cavernous interior and trunk. I had room enough in the front seat but it was difficult to get comfortable. Try as I might, I could never get my seat positioned where I could comfortably sit behind the wheel. This was exacerbated by the hard plastics that usually signifies cheapness. Pretty much every interior piece, save the carpet, seats and headliner was hewn from the industrial grade stuff that aggravates your skin when touched. I could never imagine taking this car on trip more than hour and if a 300 mile trip had to be done, frequent pit stops to stretch would be in order. The driver’s gauges are legible with bright back-lit LED lighting and the dashboard controls are easy to reach and manipulate.

Get in the backseat, however and there is legroom for days. Three people can sit there comfortably without rubbing shoulders too much, even if the front seat occupants are over 6ft tall. That said though, I don’t believe they’d be sitting there more than once. Aside from the plasticky interior, The Versa feels tinny and hollow in construction. The doors are light and have little heft to them, plus, when underway, the cabin is very noisy. It’s as if in its bid to create the cheapest new car, Nissan decided that sound-deadening material would be too expensive. For the price, this would be tolerable except for one thing: the drivetrain. A 1.6-liter four cylinder powers the front wheels through Nissan’s Xtronic CVT (continuously variable transmission). Producing 109-hp and 107 lb-ft of torque, don’t expect to get anywhere in a hurry, or quietly for that matter. Despite the Versa weighing somewhere in the region of 2400 lbs, getting up to highway speeds takes patience…and ear protection. Gunning the throttle makes the CVT peg the engine to 4800 rpm and it’ll stay there until the vehicle hits your desired speed. It sounds thrashy and the droning wears on after awhile. A 30 mile highway stint had me pulling my curly hair in agony wanting to get out.

While the front struts/torsion beam suspension gave a compliant, almost big-car-like ride, you can forget about the Versa being any fun to drive. What’s that saying, it’s fun to drive a slow car fast? Not in this case. The otherwise soft suspension gets totally upset when the Versa is driven with gusto. In hard turns, the car leans waaaay over, the tires scrubbing away and squealing at early understeer. The steering is lifeless, overboosted and numb. Quick left-right actions gave the feeling of disjointedness. Flick the steering to the right and you can count one Mississippi before the front wheels react. Ok, I guess fun to drive in a hilarious “look how much tire sidewall I can scrub off!” sense. On the highway, the Versa is at the mercy of winds (and anything larger than itself passing in the next lane), making it difficult to keep it tracking straight. At 75mph, the engine does settle down a bit but that only makes every other noise more apparent. Road and wind noise all find their way in and good luck using the stereo to drown it out. Turning the radio above the mid level makes the sound distorted, no matter what medium I was playing. Bluetooth is standard but there was always a disconnect between the volume of the radio and the calling feature. On the highway, the volume was turned all the way up just to hear the other person speaking and I repeatedly found myself shouting to be heard by the caller. Between the radio’s cheapness, the loud interior and laughable steering, I think the Versa is better suited to urban settings.

Which is a shame because, like other cars in this segment, the littlest Nissan actually gets pretty good gas mileage. Equipped as mine was with the CVT, the EPA rates the Versa at 31 city/40 highway and my average hovered around 34 mpg during my time. In that area, the CVT pays dividends by using an almost infinite set of ratios to achieve the best fuel economy. If you can’t tolerate its weird but fruitless simulation of a automatic transmission and the moaning it succumbs the engine to, you can spring for a 5 speed manual or an ancient 4 speed automatic. Which, unless your desperate, you might not want to since you’ll have to go to the bottom of the barrel where the plebian base S model resides (manual roll up windows anyone?). Sure, at an as-tested price of $16,595 (including $835 destination) the 2016 Nissan Versa SV may seem like a good buy but this is where “shopping around” comes in. I say this because there are other competent cars occupying the segment for about the same wad of cash. The aforementioned Honda Fit and Ford Fiesta for example, drive better, have higher quality interiors and boast similar EPA figures. The Korean twins Hyundai Accent/Kia Rio boast more standard equipment for the price and have better warranties.

Nissan did a pretty good job in building the Nissan Versa at a (very cheap) price. However, while other automakers have sought to make their subcompacts more desirable by making them more comfortable and refined, the Versa didn’t get the message. Against the competitive set, recommending the Versa is difficult based solely on price. Unless you’re dead set on biting into Nissan’s low hanging fruit, there are much better ways to spend $17,000.