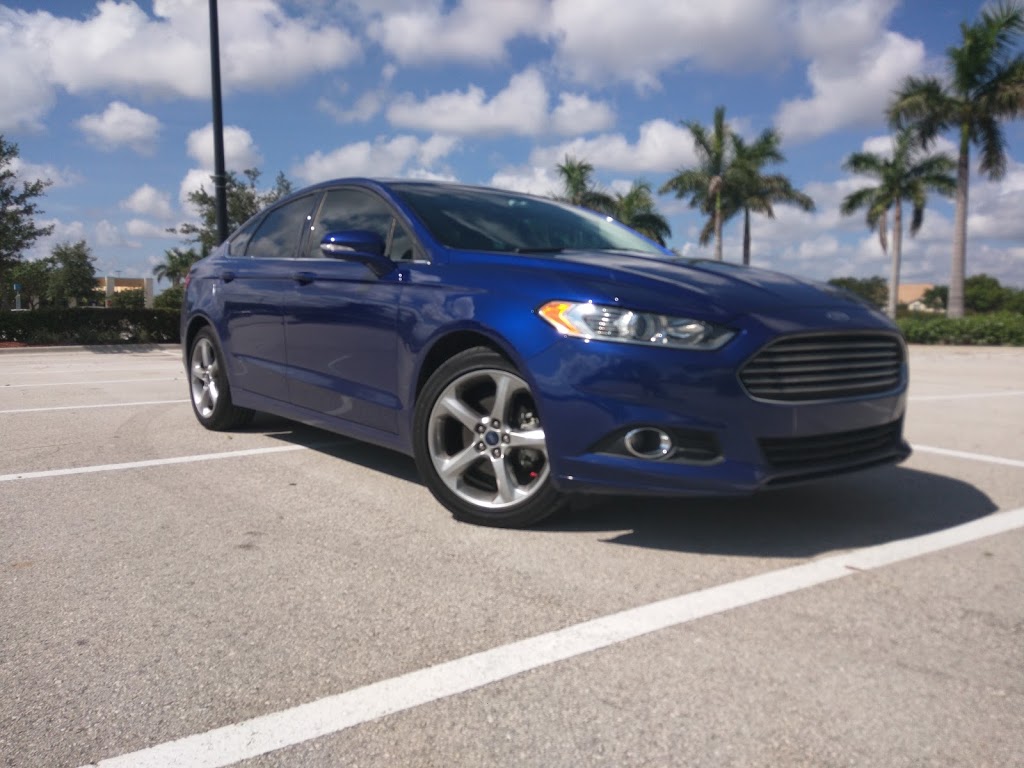 After a few months of wheeling my new Ford Fusion during the daily grind, this is the statement that defines the driving experience. There’s a solid platform underneath the car’s attractive body but merely adequate engine to keep it moving. But wait a second, what happened to that black Lexus IS300 Sportcross? What’s with the blue Ford? Let’s get to it.

After a few months of Lexus ownership the IS300, unfortunately, started showing the effects of a prolonged stint on the dealer lot. You have to remember that in this wagon-averse country we live, an IS300 Sportcross gets quickly overlooked for the crossover/SUV sitting next to it. To count the number of repairs I’ve had to do over those months, I was understandably hyper vigilant to any weird noises and cues the car would make during any drive. One example was stretching its legs on a road trip to Orlando for a family event. Having completed replacement of the timing belt, water pump, thermostat and getting the OK from my repair shop on the belts and hoses, I felt pretty good that all the IS300’s demons had been exorcised. Stopping at a rest area just short of my destination for a unscheduled bathroom break, I popped the hood to check the internals were still tied together. Turns out the car was STILL leaking coolant and from my quick inspection, the radiator (which was replaced the same day the car was bought) had a small leak. We did eventually make it to Orlando (having bought two bottles of coolant as an assurance) and on the return trip I tried a dollop of radiator leak sealant as a quick fix to get the car home.

Needless to say, my outlook on a long term affair with the Sportcross was rocky at best. Visual coolant and general engine checks became a familiar morning routine before starting my commutes. The last straw came while doing one of these checks that I noticed brown, mayonnaise-like goo underneath the radiator cap. At first I thought nothing of it but after seeing the goo pop up repeatedly, I started to become worried. Online searches indicated what I feared most, the very early beginnings of a head gasket failure. Normally this substance would be found under the oil cap but the IS300 showed no sign of this in that location and the oil was clean. Befuddled, I took the car to the repair shop where Frank (really great guy, look up his repair shop here) pretty much confirmed it as very minor head gasket leak. Yup, it’s clear, the car’s gotta go. Premature? Maybe, but noticing how my anxiety level rose ever so slightly while driving it, I felt justified. My good intentions of buying a low mileage, older car with such a rare quality ultimately backfired. Not even the prospect of upgrading the car’s systems deterred my decision to sell it. So, I sold it and I have to say, I didn’t lose too much (obviously the funds I sank into its tumultuous maintenance are lost).

Now, on to the new STEED.

Two days after selling the ill-fated Lexus, I welcomed my very first American-branded car to the garage. After browsing the usual used car websites and listings, I came upon this 2013 Ford Fusion SE located in Stuart, just over an hour away. Having had no luck the day before and almost falling victim to predatory salesmen and finance people (koff-HGREG-koff), I figured I didn’t have much to lose by venturing outside my locale. The car had relatively low miles, the Carfax and Autocheck websites reported a clean and meticulously maintained history and while it may not be the ultra luxurious Titanium model, it was otherwise well equipped. Reading and watching reviews on the Fusion alluded to a Euro-designed Ford with attractive sheetmetal, a solid chassis with pseudo-sporting intentions and great fuel economy. While I was lukewarm to the MyFord Touch infotainment system based on previous cars reviewed, I applauded the placement of volume and tuning knobs. The other gives-me-pause moment came from the engine bay. This particular SE came equipped with the Ecoboost 1.6L turbocharged four cylinder and while it got good reviews for excellent fuel economy and having satisfactory power for the mainstream buyer, you, my readers, know I’m anything but mainstream. I was hoping to bag the more powerful 240 hp turbocharged 2.0L but I figured I’d be OK with the 179 hp/184 lb-ft of the 1.6L. Wouldn’t know until I drove the thing.

And drove it I did.

The Fusion demonstrated admirably road manners. The platform was rock solid, almost Germanic in its stout and planted feel. My girlfriend came along for the test drive and she gave thumbs up for the ride quality. Taking some backroads, the Fusion wasn’t as dive-for-the-corners maneuverable as the Sportcross (or even the Mazda6) but it never lost its footing. There would be an initial body heave when diving for a corner but then the SE’s slightly starchier suspension would settle, enabling the Fusion to stay planted all the way through. Quick left-right movements of the steering indicated notable room for improvement and the 18″ wheels and tires never protested, even as terminal understeer approached. That said, the weakest link in the Fusion’s excellent chassis would have to be the engine. There just isn’t enough oomph available to take advantage of the Fusion’s good road manners. Making a comparison, getting the Lexus IS300 to accelerate at speed required the 5 speed auto to hold a town hall meeting before deciding on the correct gear before the engine came into play. On the other hand, the Fusion’s newer 6 speed automatic was a willing partner, offering decently quick downshifts, if only the engine could muster more power. Getting the 1.6L anywhere above 4500rpm results in more noise than forward motion. This results in not being able to squirt into holes in traffic I could most certainly get into with the Mazda (and to an extent, the Lexus). By the time the engine gets up to give me power, the hole would disappear and I’m left letting off gas, the Fusion suddenly lurching in protest.

Perhaps the one thing I praise about the Fusion, other than its ride quality is fuel economy. Sit back, relax and be in no hurry to get to your destination and +28mpg is relatively easy to accomplish. On regular gas. The interior is comfortable, nicely appointed and soft-touch nearly everywhere (a notable exception being the door grab handle, hard, HARD plastic). The MyFord Touch system is actually quite easy to use once you get used to the touchscreen interface. What makes it easy in this particular SE model is the absence of the uplevel Sony sound system with its touch interface surfaces. The stock radio has actually knobs for volume and tuning. To be frank, I hardly use them as the radio presets are just a touch (or two) away on the screen, not to mention the secondary controls on the steering wheel. About that steering wheel, the gauge cluster is populated by two other LCD screens flanking the speedometer, themselves being manipulated by control pads on the 9 and 3 o’ clock positions on the steering wheel. These screens are able to display loads of data such as fuel economy (instant or average), vehicle health, entertainment options and phone status. I’ve found this to be very helpful and as such, I’ve almost never had to use the touch screen.

To say the last few months with the Fusion have been a hoot isn’t entirely correct. I think this proves that Ford has a legitimate player in the mid-sized car segment and the Fusion compares very favorably with its competitors. Sure, it could definitely use more power (ahem, Ford Fusion Sport with the 325hp 2.7L V6 anyone?) but the 1.6L is just adequate and rewards a light foot (which I’m just about adjusting to, thank you). I already have plans for upgrades, such as installing LED lighting in place of halogens and maybe a trip through the Ford Performance catalog. We’ll see what the next few years brings and I will definitely try to post updates as the journey continues. For now though, not going to the gas station every few days is quite the experience!

Special thanks to Maria Tamitis at Treasure Coast Toyota of Stuart for the amazing service!