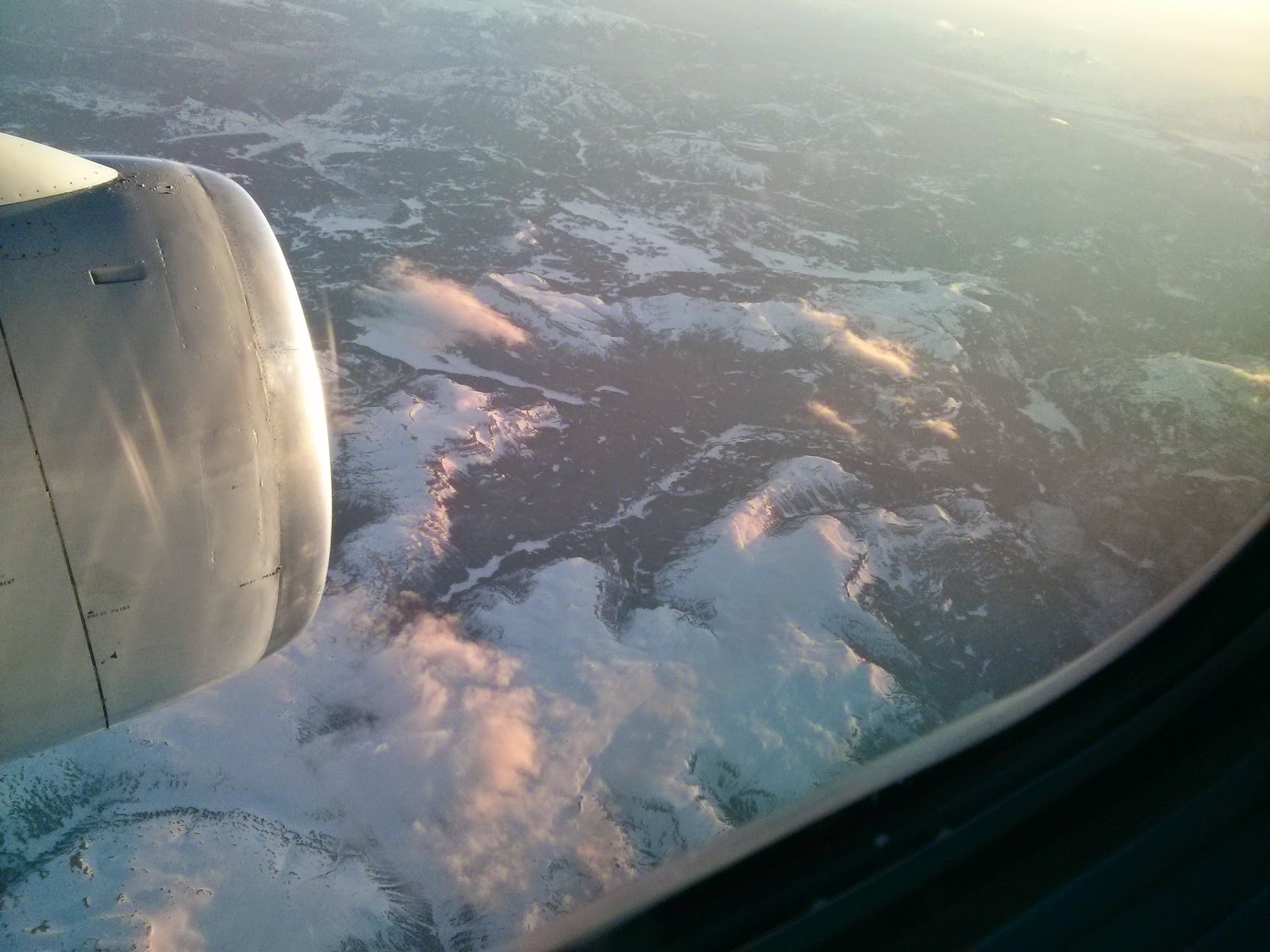 Well, we’ve arrived in Seattle and I must say, even though I arguably got the better deal in terms of having a direct flight, Roger definitely had the better experience. Now I’m not downplaying American Airlines, having traveled them almost exclusively for the better part of my life, but in terms of inflight enjoyment they’re way behind the ball. Or it could be that the aircraft I was on was just plain old. Either way, my flight was like a time travel back to the 90s’ with the only thing missing being the flight attendants actually doing the safety demonstrations live. This particular Boeing 757 still sported CRT monitors hanging from the central ceiling and no other form of entertainment, save a power outlet in select rows. Even then, mine was a bit dismal. I mean really, the heck are you supposed to plug in to that? As a result, my phone died a slow and painful death. Roger on the other hand had a fully immersed, 21st century experience flying Delta Airlines, connecting in Minneapolis (LCD display on the seat back, USB charger on every seat plus his choice of food). Anyway, like clockwork, our respective flights touched down within minutes of each other, we met up and headed to our overnight accommodation (Seattle was a strangely balmy 78 degrees with clear skies…very odd). Having not eaten much all day after checking in, we headed on the road a few blocks to grill called Sharp’s Roasters. Their late menu (it was just after 11pm at the time) featured 50 cent pulled pork/beef sliders and wings so we chowed down. Those wings were pretty tasty, arguably some of the best we’ve ever had. Full and slightly jetlagged, we lumbered back to the hotel calling it a night.

Friday morning saw us up early, we needed enough time to navigate Seattle’s public transportation system so we could meet up with our sister Marsha. After a hearty breakfast of Hawaiian sausage, scrambled eggs and white rice (trust me, sounds strange but it was SOOO good) we checked out and headed to Seattle’s LINK train station by the airport to start our journey. Roger, having done this once before, took lead with Google maps pointing the way. After an hour or so of trains and buses we eventually made it to a suburb just north of Seattle’s urban center.  Then began an afternoon of walking that saw us finding a bank, getting a Vietnamese lunch (soo good), walking off the food fatigue, then randomly deciding to see The Amazing Spiderman 2 in the downtown area. We took a few pictures (battery life was again an issue) which you can see below. Seattle’s public transport system is pretty efficient and it was very easy to find our way around. Plus, everything was in walking distance. One of the beautiful things about our present accommodations is that Seattle’s iconic Space Needle tower is directly in view once we head out door.

After seeing Amazing Spiderman 2, we briefly stopped by the Red Lion hotel a few blocks from the Pacific Place mall for happy hour at Frolik Kitchen and Lounge. The lounge’s layout had the main bar being inside with a large outdoor balcony that looks towards Pugent Sound. The balcony itself was nicely designed with a DJ in one corner spinning low volume, background music and another corner that featured two ping pong tables and a shuffleboard area. Meeting our friend Cristina there, we enjoyed a few spirited rounds of ping pong (haven’t played in years) and having casual conversation with the other attendants. Later that night, we were a bit peckish so Marsha suggested we go to this burger joint called Dick’s Drive In. The burgers and fries were pretty good, but bring cash as they don’t accept credit/debit cards. Plus, unlike Burger King, you CAN’T have it your way. Seattle has a very friendly population, eager to help and just as eager to strike up a conversation. One example was on the bus heading up to the Queen Anne suburb, complete strangers struck up a conversation that sounded like they were old friends. That NEVER happens in Miami, let alone on a bus (from personal experience). I think that typifies our first day in Seattle: friendly people, fantastic food and easy ways of getting around.

I think another random day awaits us on Saturday so stay tuned for the next update!