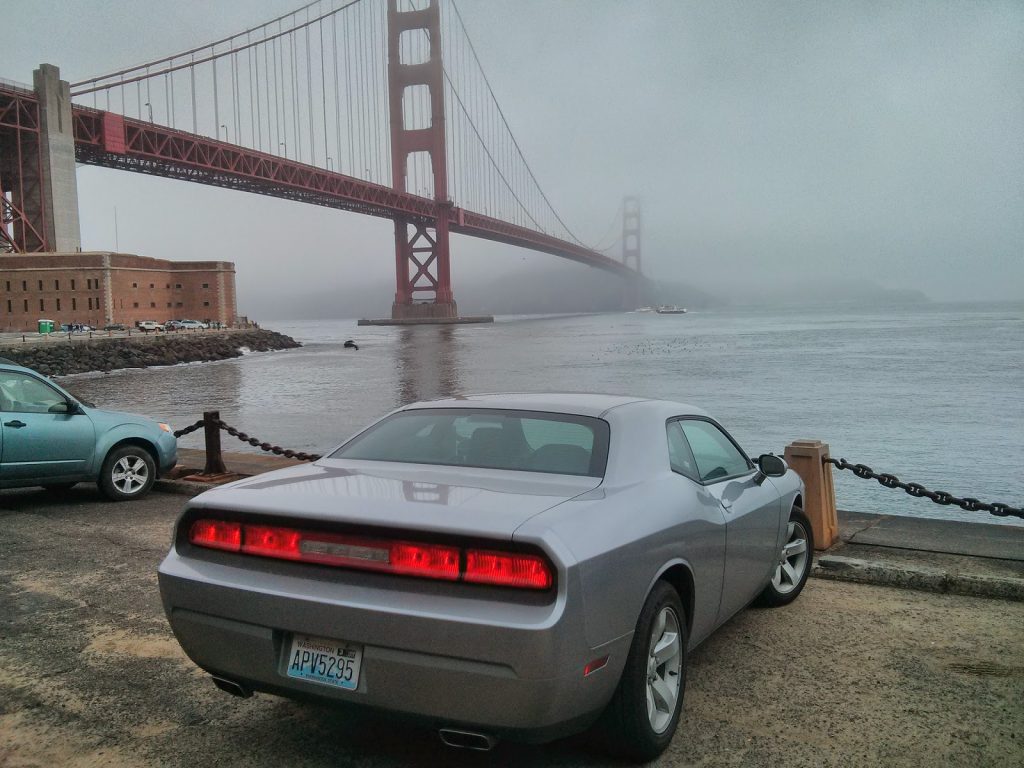 Today was going to be a great day.

No, it was going to be an totally awesome day. Long one, but awesome nonetheless.

After saying our farewells to the Golden Gate Bridge, we went in search of a place to eat, figuring we’d just start heading south (and staying true to our bond of not eating commercial…support small business folks!). Taking the I-280 and then the CA17 south, we decided to make a pit stop in Los Gatos and fuel up, on food and to top off Big Sexy Grey’s (the Challenger’s) 19 gallon tank (California fuel prices are insane but not the worst we’d seen that day…just wait). One restaurant that caught our eye was Double Ds Sports Grille since it was located just off the highway and right across from a nearby gas station. Filling our bellies on a Carne Sada sandwich (me) and Artichoke Chicken (Roger…fancy). we then topped off Big Sexy Grey and continued on CA17 with Roger at the wheel towards Monterey and the beginning point for our epic Pacific Coast Highway run.

The drive to Monterey gave us just a taste of what we would encounter later that day. Seaside farms, beaches right next to the road and undulatimg tarmac at times served to exercise the Challenger’s suspension in preparation. Monterey itself wasn’t that interesting in my view but that was probably due to my salivating at what lied beyond. So after taking a brief break at a nearby beach, we switched places and headed off. 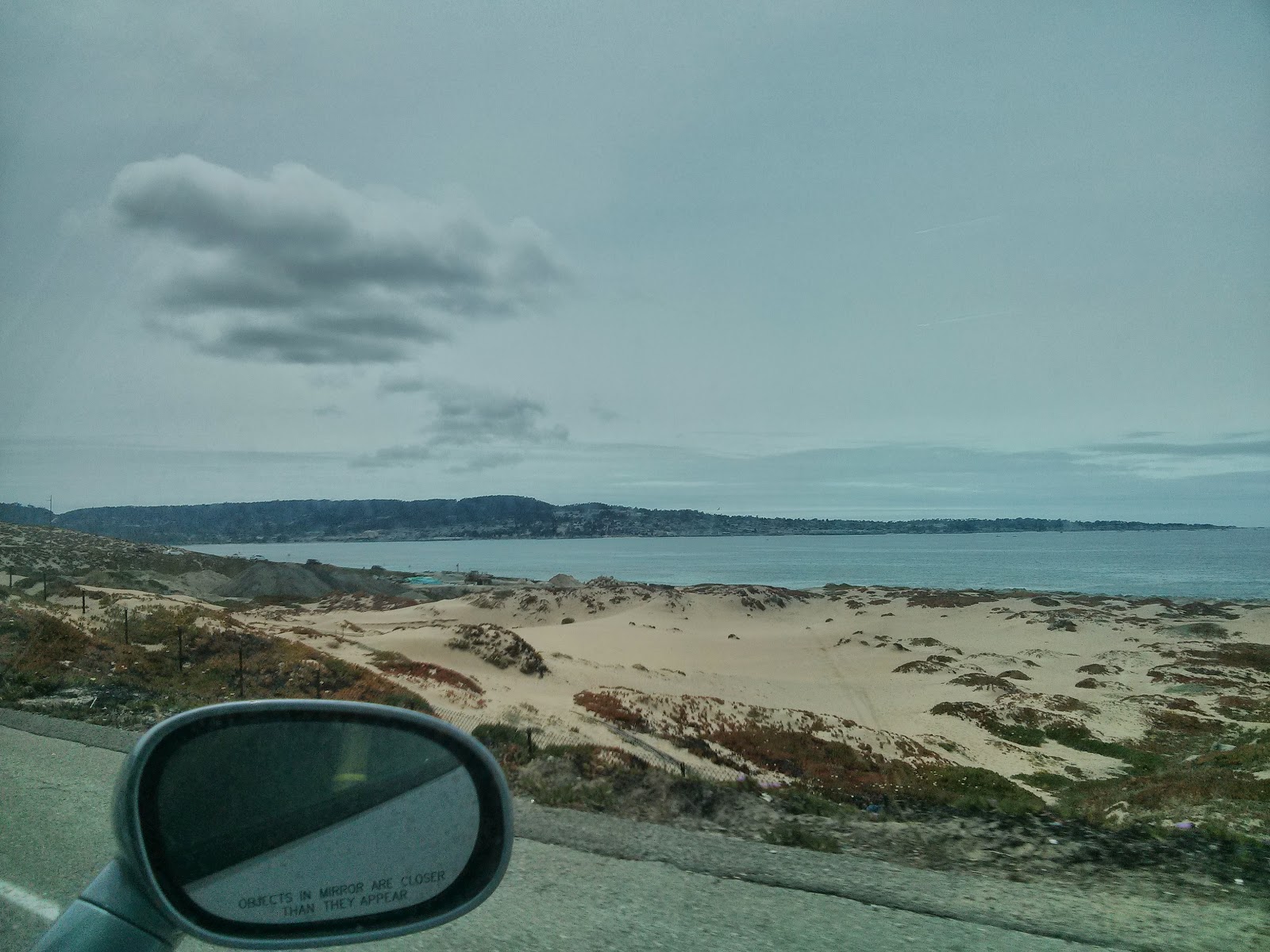 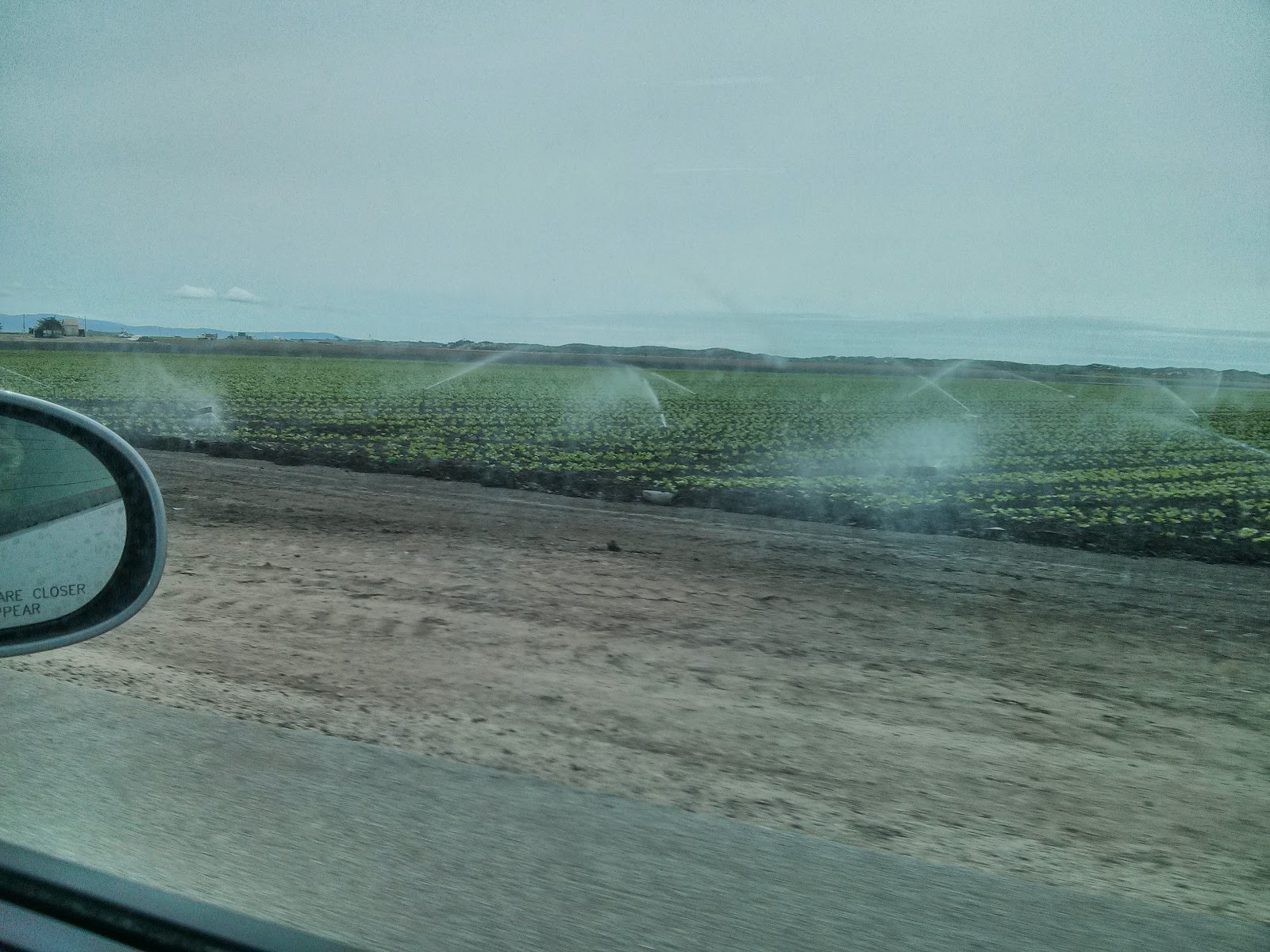 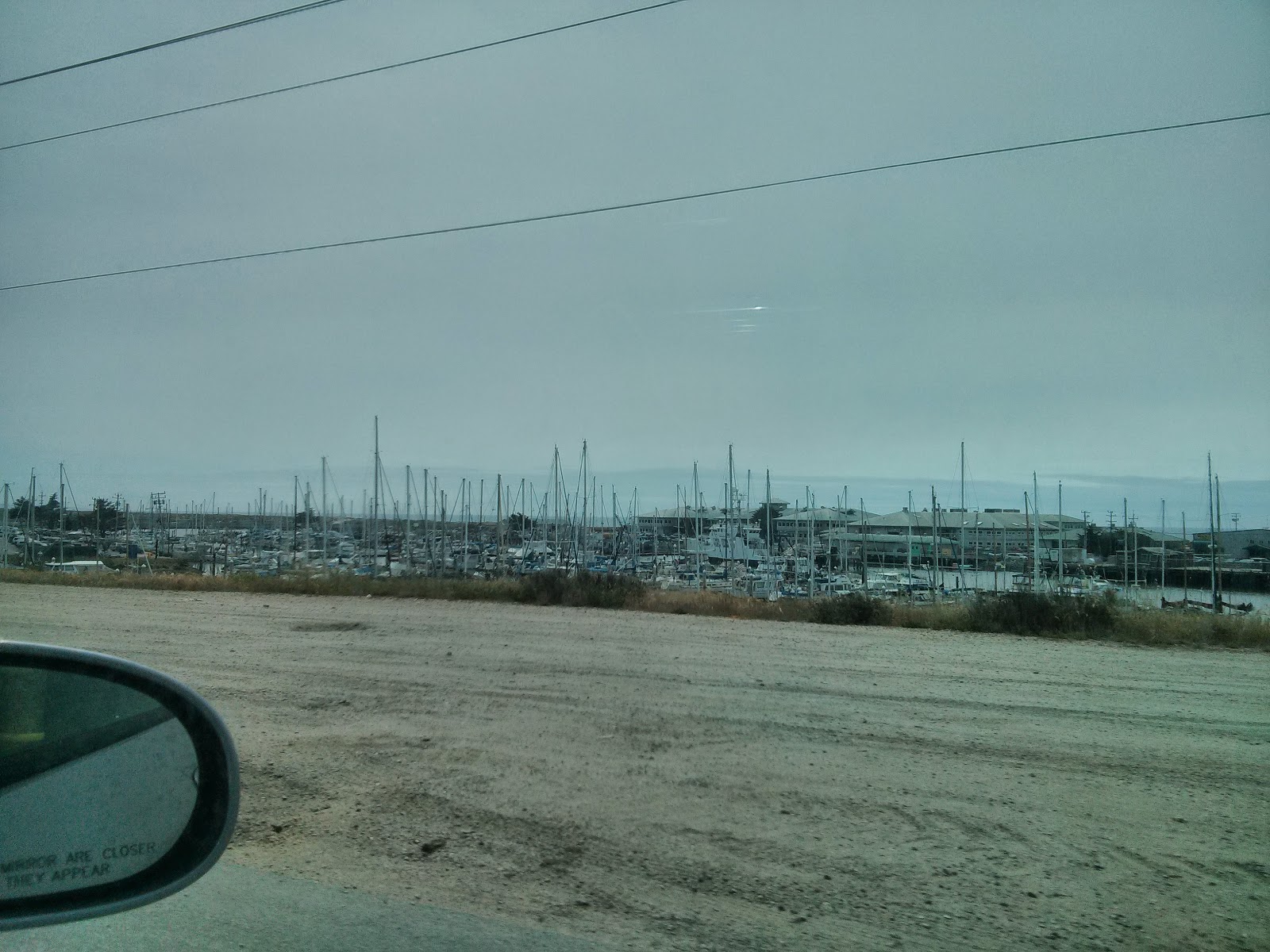 We hit school traffic (this was a Thursday after all) heading out of Monterey and for a few miles, the drive was uneventful. It didn’t get interesting until we were well past the small town of Carmel and headed into Point Lobos State Reserve. The road opened up and before we knew it, we were viewing what it’s like to see mountains unwittingly meet the ocean. The scenery was breathtaking and the road was incredible. There were various points along our route called vista points and turnouts where anyone can park their cars right up to the cliff (or beach) and explore the surrounding area. We stopped at a few of these, thinking each was the best view but it really didn’t matter: it seemed like just when we found the perfect point for taking photos, down the road was another, even better location. In some areas the cliffs were jagged and steep while in others, the terrain rolled gently from the road into a beach. The cliffs ranged in height from just above sea level to over 1,000ft, as high as I fly my aircraft at Tamiami airport. Along the way, we saw an elephant seal colony (they stink even worse than cow manure), dipped our toes in the Pacific Ocean at one of the many almost-deserted beaches (Roger collected a bottle of Pacific sea water and sand to bring back) and came reeeeaaaallllly close to driving off the edge of the road. Anyone undertaking what we did better have nerves of steel. If you’ve never driven along cliff-side roads with no guardrails, you will have ass-pucker moments. Our stops were short and quick, just enough to take in the scenery and snap a few “yes-we-were-really-here” images. Briefly, the road took us away from the coast through the redwood forest of Big Sur but the road was no less challenging for the, uh, Challenger. One observations we made was that Mustangs littered the road here. At one of our stops were quite taken aback to see just as many Ford Mustang convertibles as there were minivans surrounding our Challenger. But seeing Big Sexy Grey stand our proudly in a sea of lower vehicles, we were confident we made the right choice. Another confirmation was seeing some of those Mustang pilots eyeing our Challenger quite jealously as they either pulled in to park or departed with a tire chirp.

The drive itself was pretty spectacular, this part of the PCH being all I read it to be. Blind turns, good straights to wind out the big Pentastar V6 and enough elevation changes to almost cause worry regarding how well the transmission would hold up. I kid you not, the five-speed automatic was poor at this sort of exuberant driving. I was using manual mode most of the time but it didn’t matter. One example was approaching a hairpin turn while playing cat-and-mouse with one particular black Mustang convertible. Using Autostick I downshifted to second gear in preparation, hoping the transmission would hold the gear through the corner. It downshifted alright, but midway in the turn it upshifted itself into FOURTH, bogging the engine and making me lose any momentum I had to help accelerate out of the turn. Seeing the Mustang I was chasing pull out a significant lead I nailed the throttle, hoping to get V6 back into its power band so I could use what adequate horsepower there was to get the big Challenger up and running after the disappearing Ford. Over the last few days with Big Sexy Grey, I had gotten used to the soft suspension and skinny 18″ tires, coupled with the quick steering rack but the transmission had me cursing each time one of the many Mustang convertibles along our route caught up with us. I’ll give it to the Mustang driver, he doesn’t have much to worry about as his car is a few hundred pounds lighter than Big Sexy Grey. I, on the other hand, had to be fully conscious of her weight as I sawed at the wheel, trying to place her on the correct line while cornering and praying her brakes would halt all that momentum. Didn’t matter though, I always caught up to his tailpipes, ensuring he’d always have a rearview mirrorful of Challenger face glaring at him

Enough about the car, you might be saying at this point. Did you take pictures? Did you shoot video? 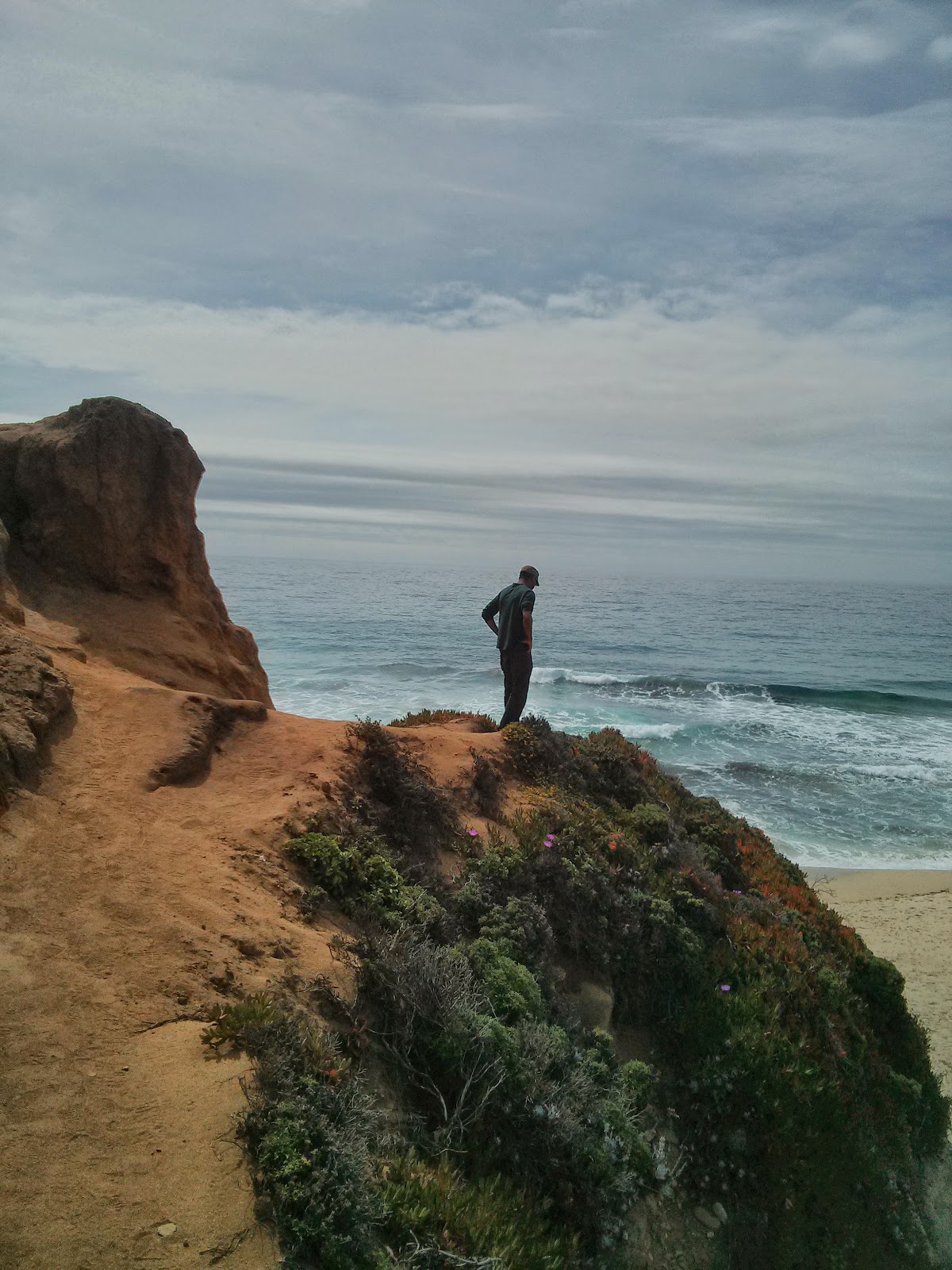 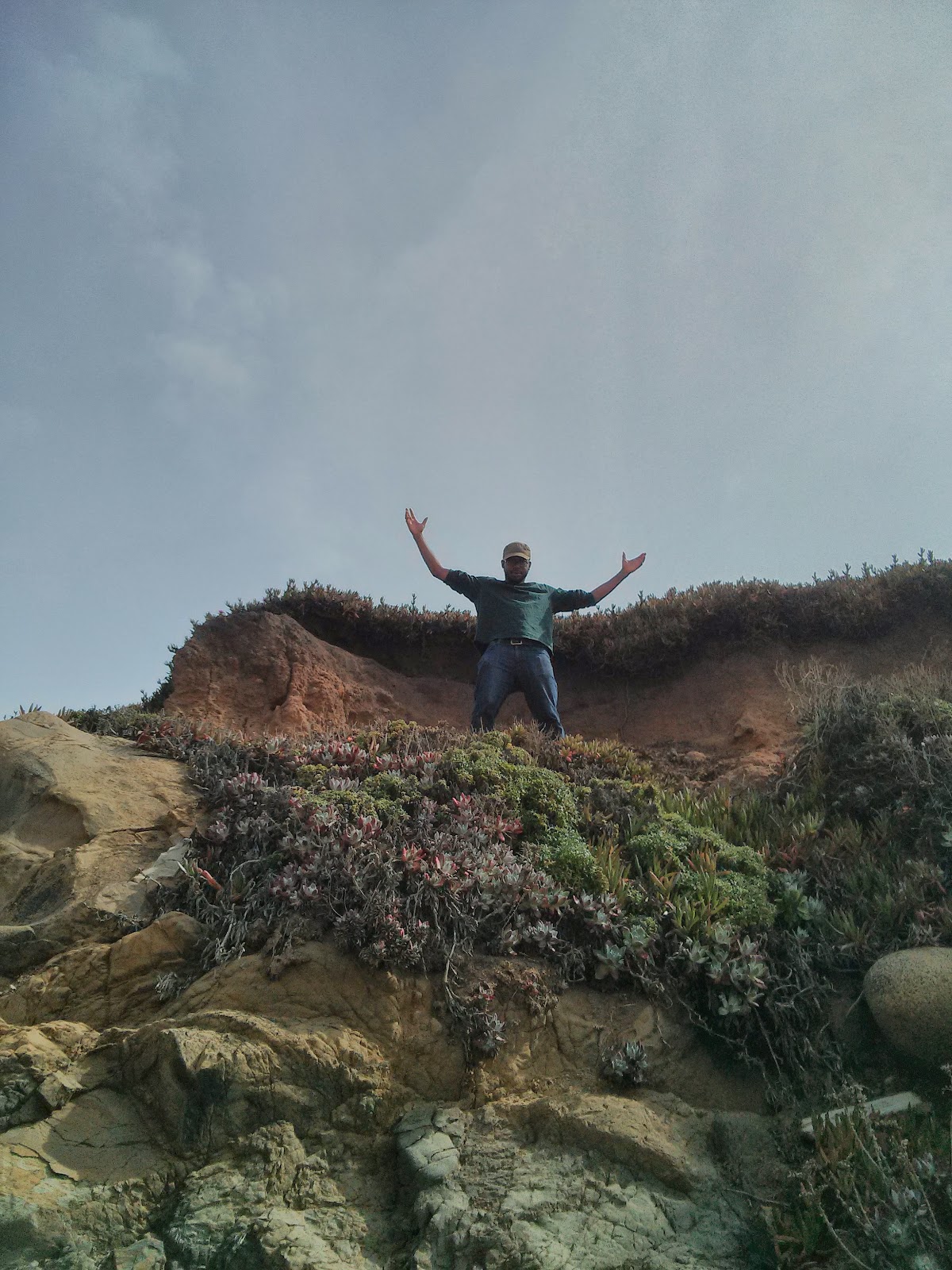 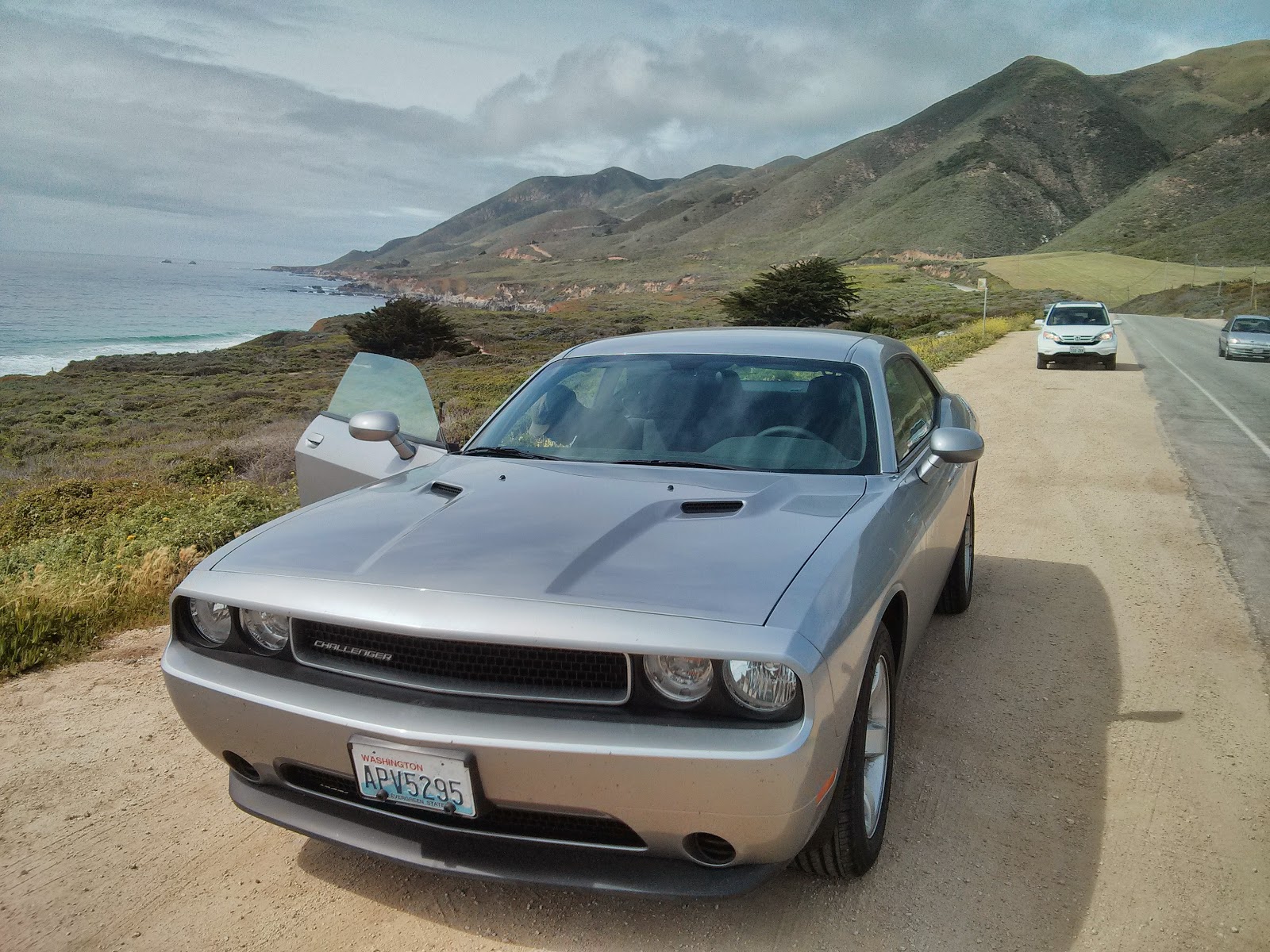 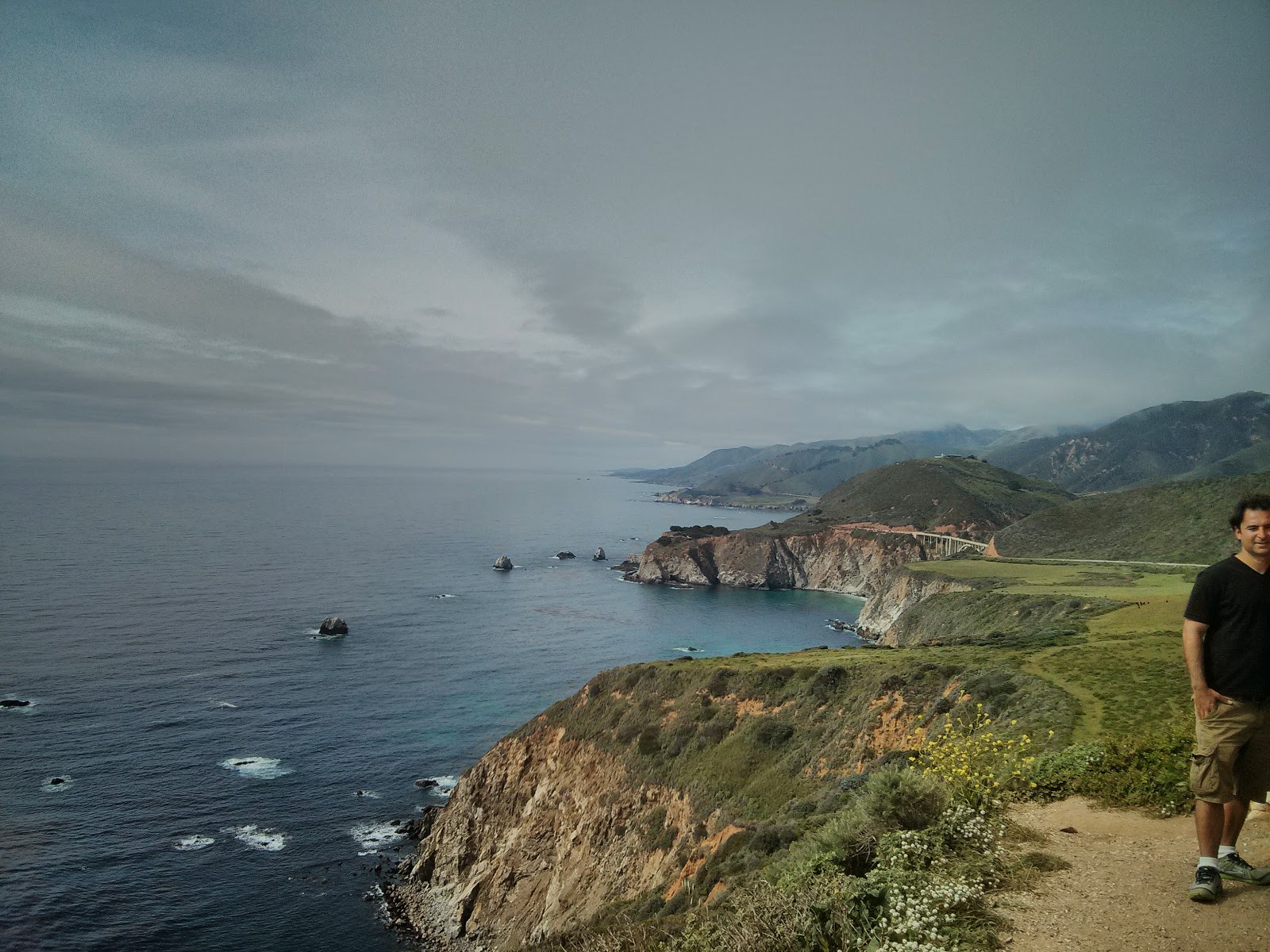 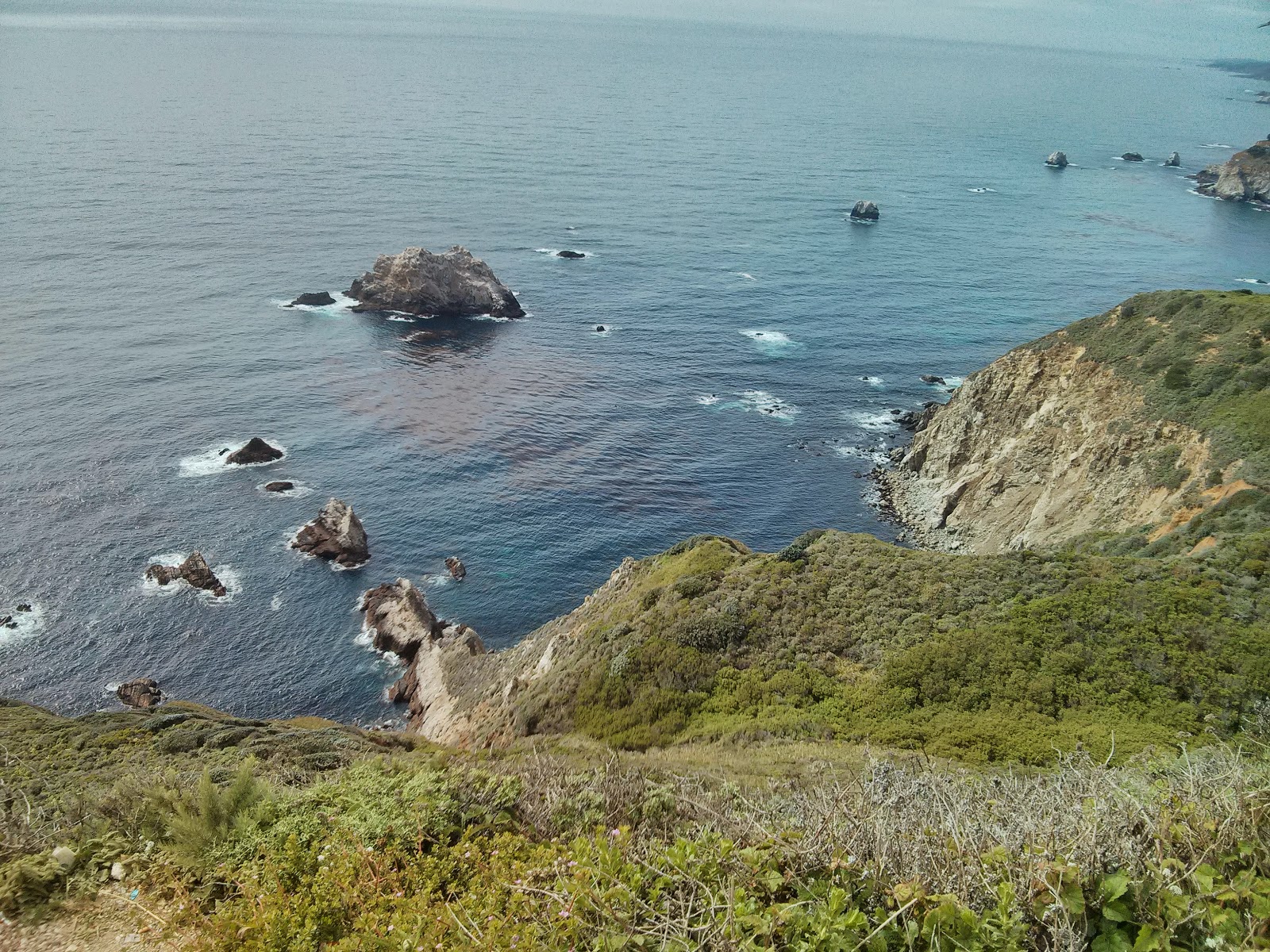 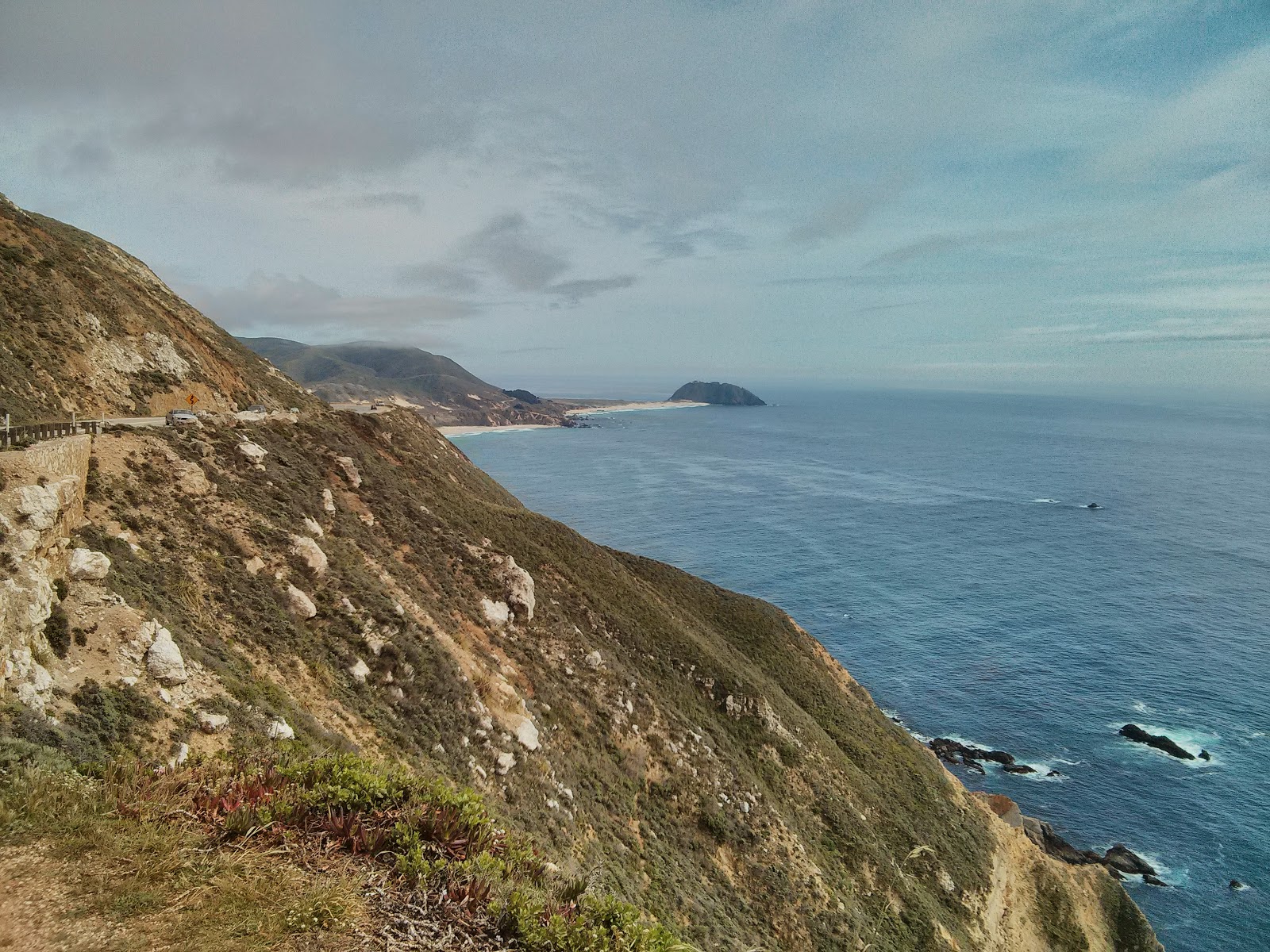 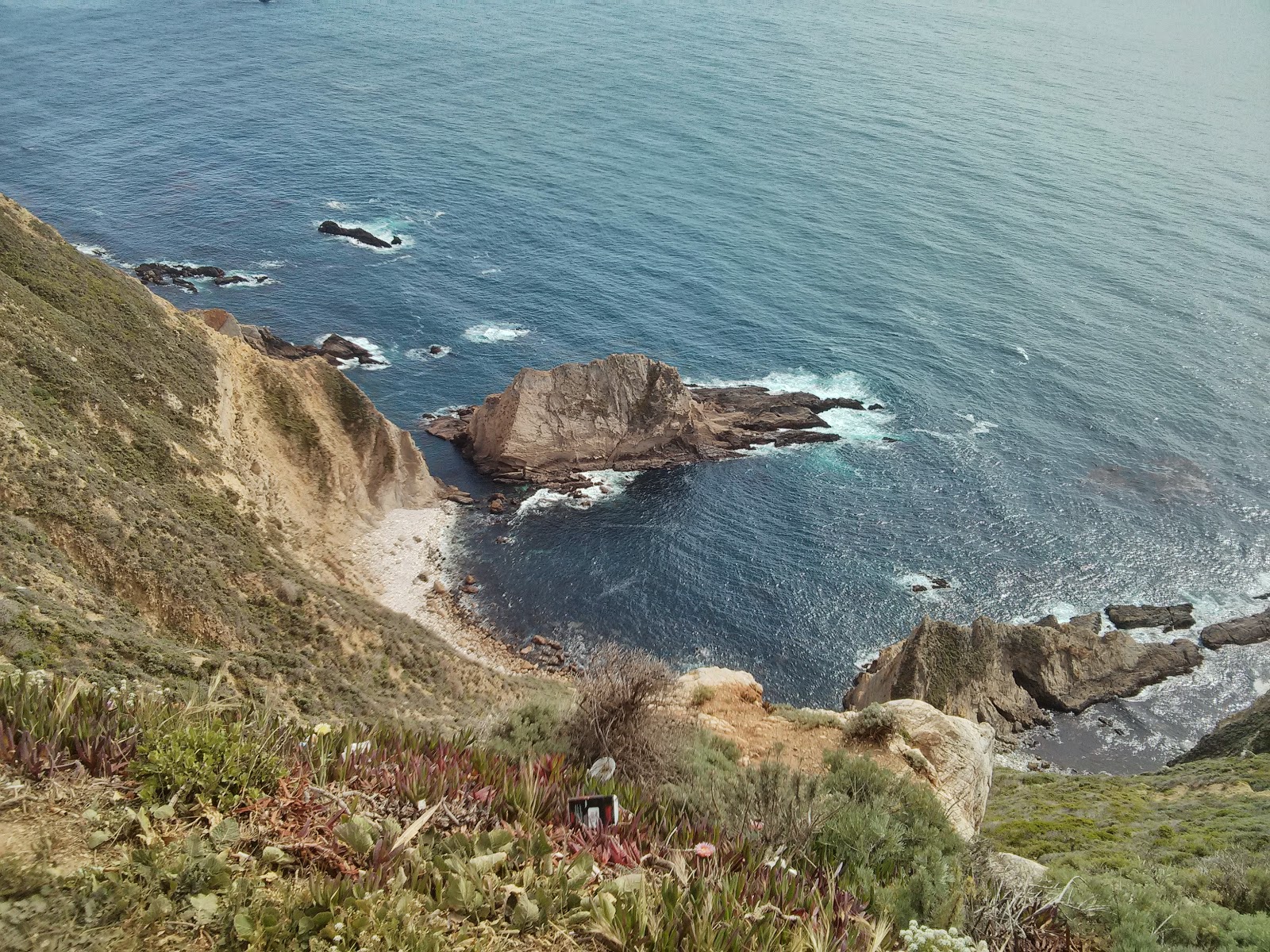 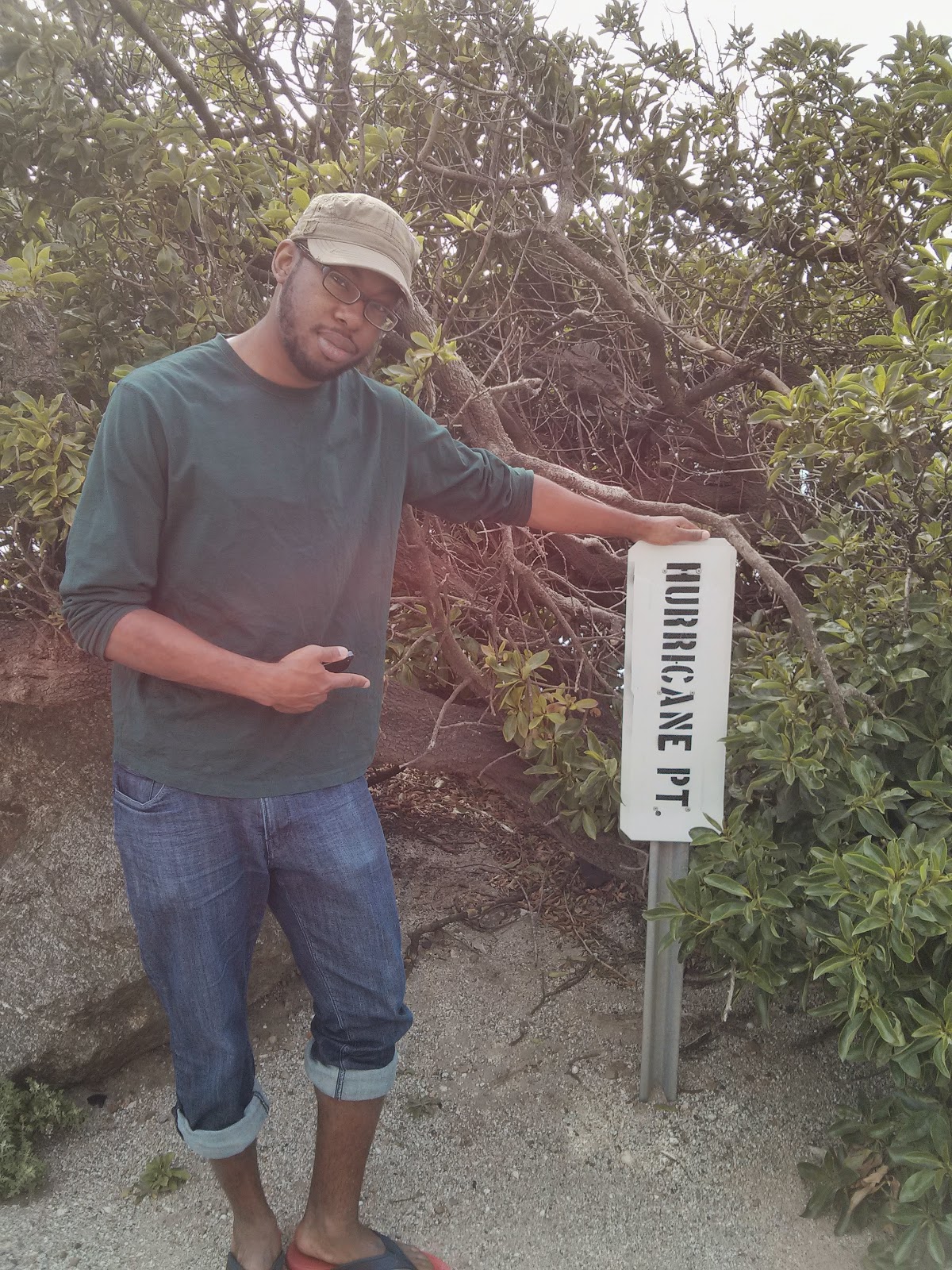 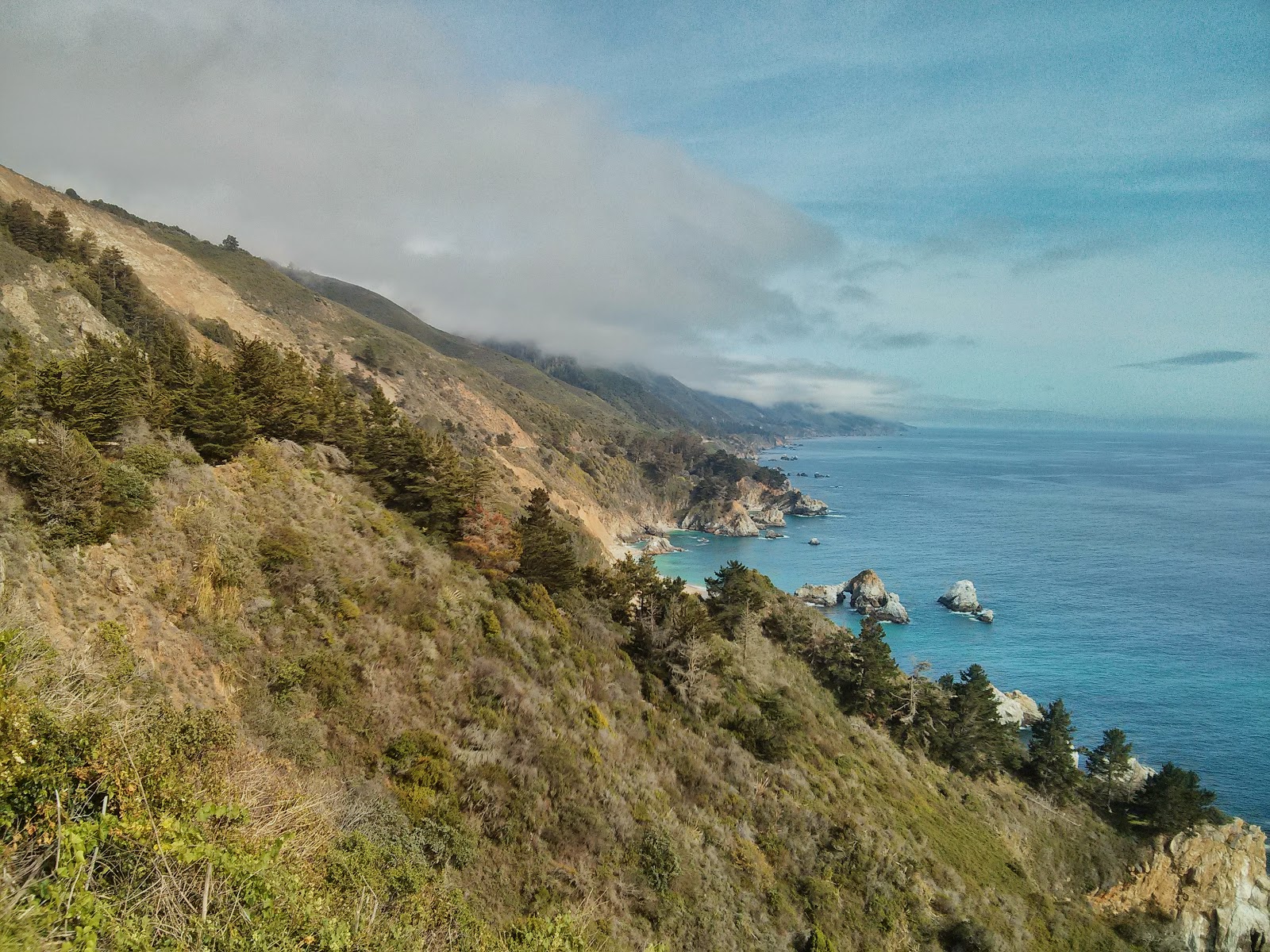 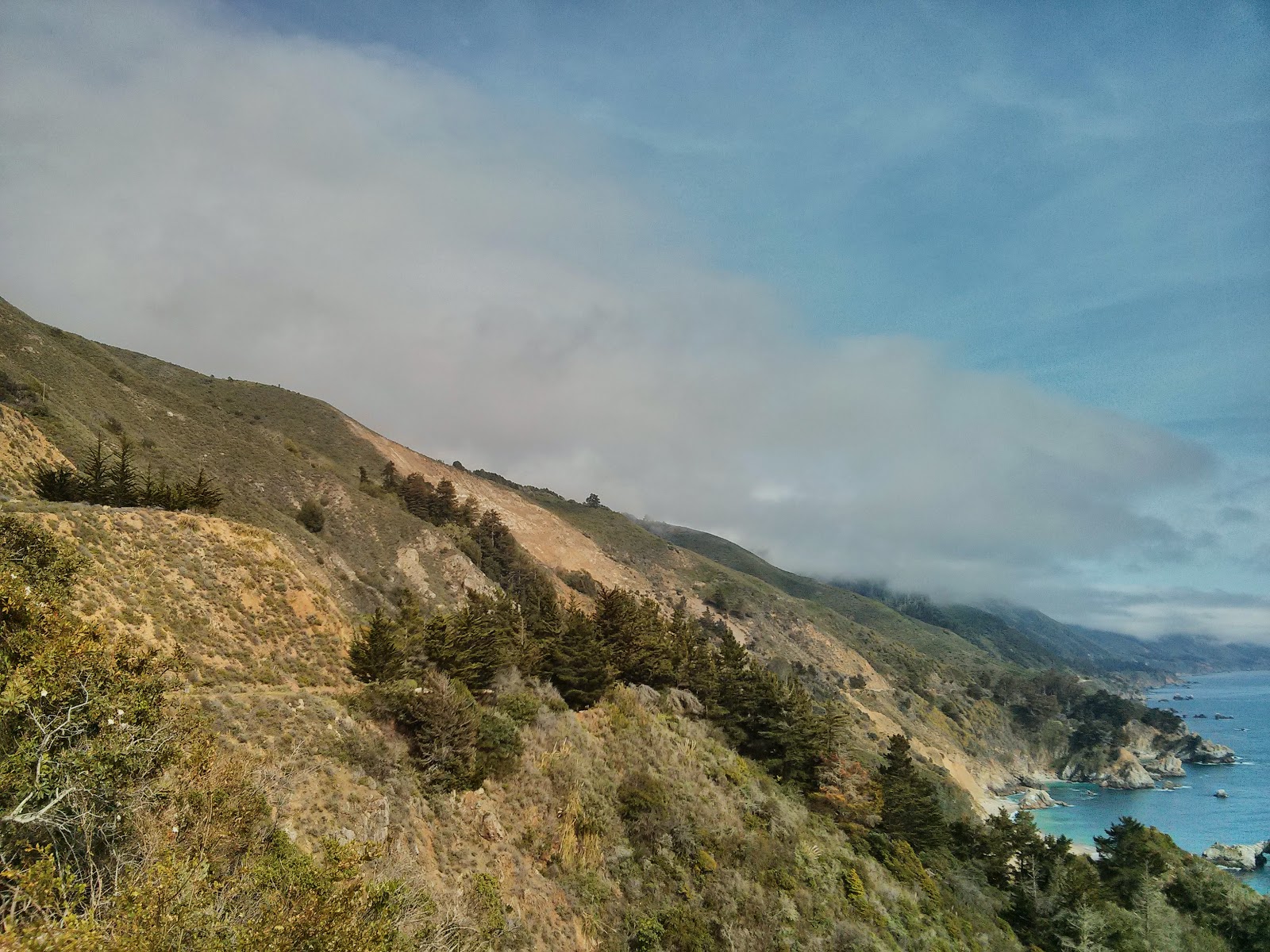 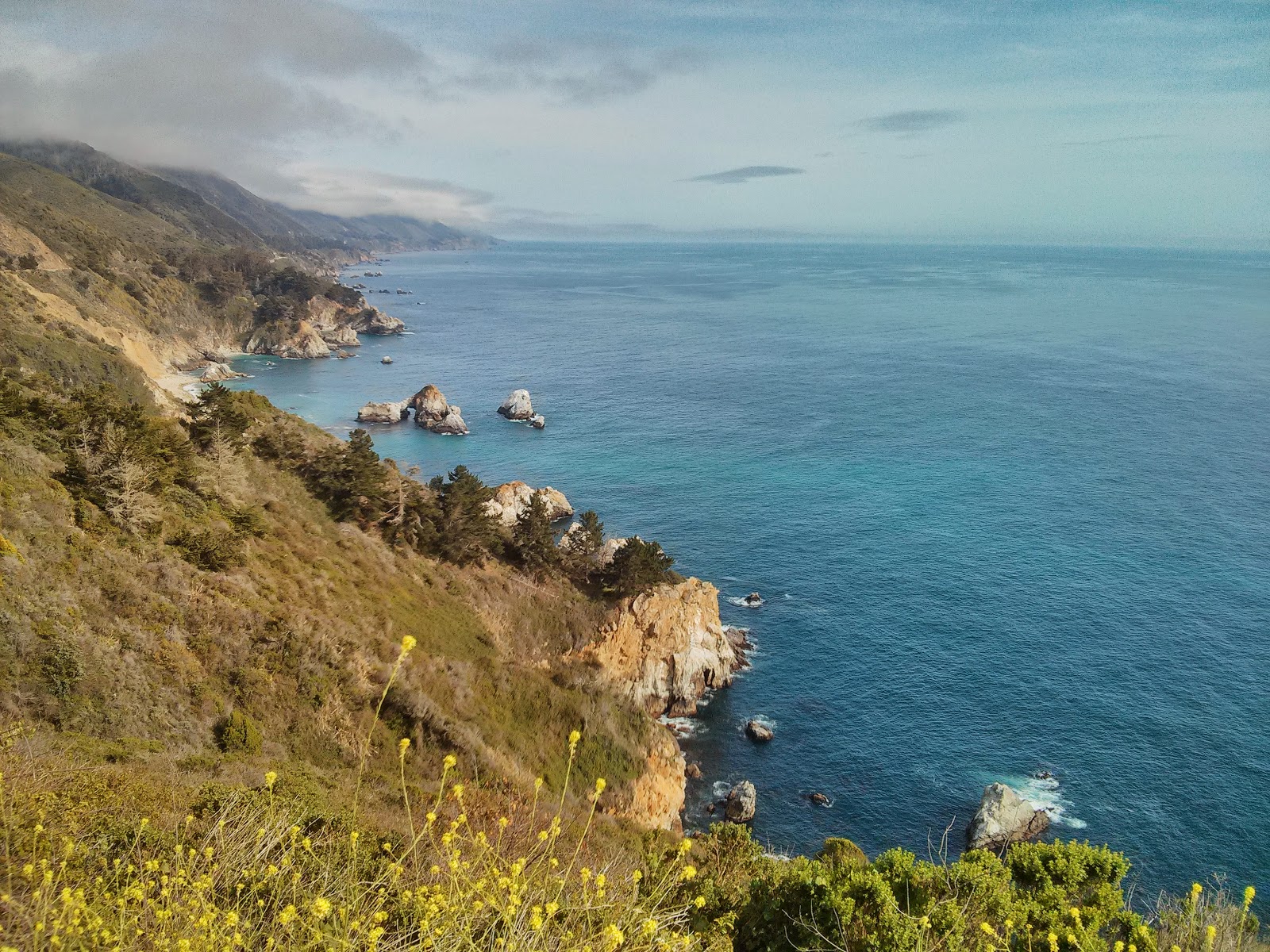 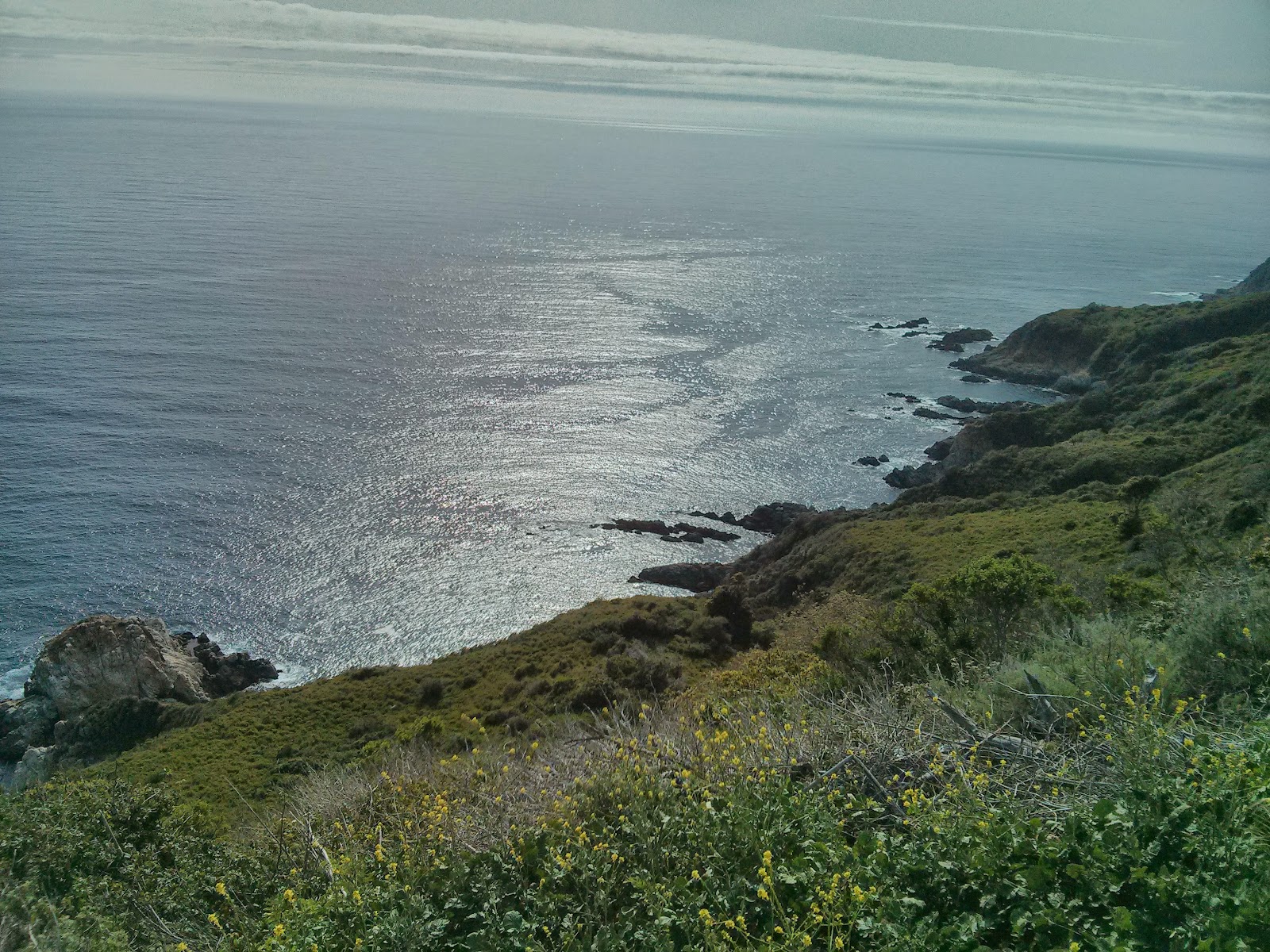 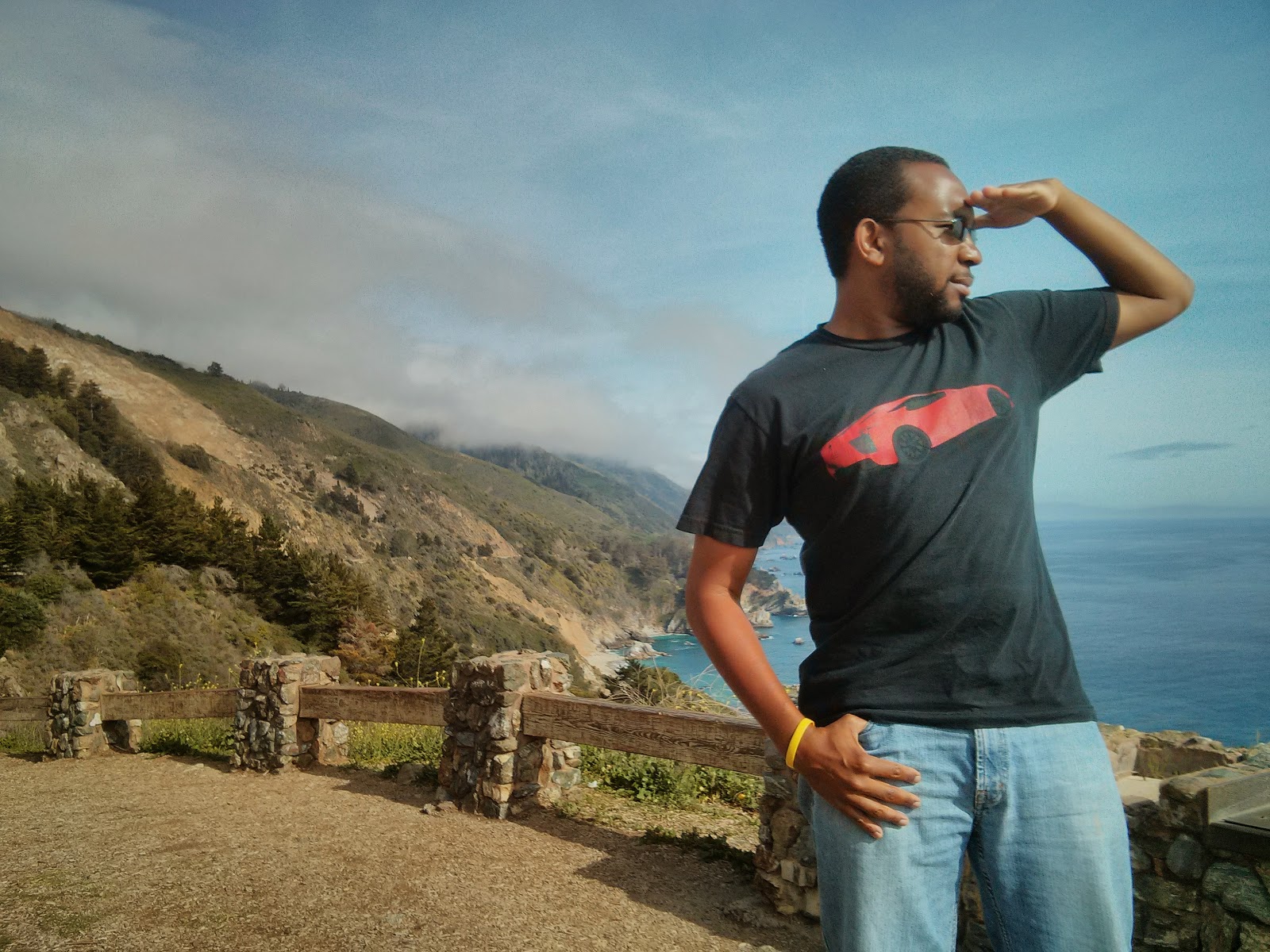 After a few hours we made it down to the end of our route at Morro Bay, partially exhausted but with a sense of accomplishment. Morro Bay is sleepy and quiet seaside town with its most prominent feature being the Morro Rock, a large volcanic plug that is tied to the mainland via causeway. We wanted to visit it but time was against us since we needed to be in Bakersfield that night (plus it was getting pretty dark and the tours had already ended). After exploring the road directly next to the harbour (and remembering our earlier experience with “authentic Chinese food”), we settled on getting dinner at Rose’s Landing Cafe. Taking in the NFL draft on their large big screen monitors, we chowed down on fish burritos (Roger) and chicken fettuccine (me…yes, I was feeling fancy).

By this time, night had fallen so Roger took piloting duties and nosed Big Sexy Grey northward along CA41 to CA46 and finally I-5 towards our resting spot for the night in Bakersfield. Remember that earlier bit about California’s extraordinarily high gas prices? Just outside the city, we passed a gas station which was selling fuel for $5.09/gallon. That’s FIVE DOLLARS folks…and not premium either. Good ol’ regular, the stuff our Challenger had been feeding on for the last six days. It took a while for us to collect our jaws off the floor and resume navigating to our hotel. And then Tupac’s California Love came on the radio. Sure we were nowhere near Compton or Los Angeles, but the song was just as appropriate as we pulled into our hotel…in Bakersfield, CA. Sleep was calling to us and we knew tomorrow would be an equally epic day. Desert run? Vegas baby?