Your eyes do not deceive you.

That, dear readers, is NOT a Dodge Charger but rather its two door counterpart, the Challenger. How did we arrive at this vehicle? Well first, let’s back up some 36 hours prior. Let’s start with the events of Day 2, just after I posted the last update.

On Saturday, after doing a bit of grocery shopping for Marsha, Roger and I went into town to meet up with Cristina and catch the last of Warriors/Clippers basketball game and all of the Hawks/Pacers game at a hole-in-the-wall bar called Auto Battery Bar (don’t know how the name got coined). We then headed to Century Link field to see the Seattle Sounders MLS team face off against the Philadelphia Union. By this time, Seattle’s usual overcast, rainy weather returned and let’s just say I underestimated how utterly wet the weekend was going to be. It wasn’t torrential rain mind you, just pocket after pocket of steady light to moderate rain that, after standing outside for a few minutes, would just leave you drenched. It was a long walk and a bus or two from Auto Battery to our pregame pit stop at Fuel Sports Eats & Beats bar so you can imagine that we’d be soaked….well, one of us anyway. I had the bright idea to leave my actual rain jacket (I only brought a light jacket and a fleeced hoodie) so ill-prepared was my middle name that day. Luckily, after meeting up with Marsha and heading inside the stadium, I managed to get some of the last ponchos from the guest booth so I wasn’t totally soaked.
The game itself was very exciting. Seattle sports fans are arguably some of the loudest and most hardcore in the country and, as far as I’ve been told, they value their MLS team over their NFL counterparts (who, as a reminder, just won Super Bowl). After going one up on the Sounders, the Union defense crumbled against a non stop surge by Seattle, leading up to striker Chad Marshall shooting the game-winning goal in the latter part of the second half. Needless to say, the atmosphere was electric and contagious.
Leaving the stadium, we decided to head back to Fuel to take in the Mayweather vs Maidana boxing match, where Marsha took her leave (she’d been working all day and was understandably exhausted). Once the match started, it was clear that among the viewers battle lines were drawn. The Argentinean contingent was extremely vocal in their support for Maidana while the majority of the Mayweather camp was in the upstairs area (we were holed up somewhere in between). Roger, being the boxing aficionado he is, gave us a play-by-play on each round, breaking down the techniques each boxer was using and coming to the (rather obvious) conclusion that Mayweather was winning. There were some that didn’t take kindly his views, especially one guy who for some reason or another, was hung up on Mayweather not fighting Manny Pacqiao a few years earlier. After a heated discussion, they both agreed to disagree (Cristina and I were just silent obeservers lol).
Feeling a bit famished (and because Roger mentioned the word ‘burger’ at some point), Cristina took us up Capitol Hill to a new burger joint called Freddy Junior’s. Basically, they sell slider-sized burgers and hot dogs at very reasonable prices along with no frills and a very simple menu. The burgers themselves were tiny bites of awesome flavor (if you’re ever in the area, go for the Kahuna burger with grilled pineapple…delicious). After a filling meal, Roger and I were feeling…well, tired. A shot of Red Bull quickly woke us up and explored Seattle’s nightlife, stopping by Barboza. Maybe it was the DJ in me, but the music (a mix of hip hop and EDM) sounded a bit more bassy and ultimately distorted for my tastes (hat tip to Selecta AJ and DJ Valho for the insight) but in any case, we enjoyed ourselves. Before long though, exhaustion started to set in and we called it a night.
Sunday morning saw us packing our stuff, bidding Marsha a heartfelt farewell and heading south to SeaTac Airport for our date with the steed to begin the road trip. After a bit of a snafu, we were presented with wide choice: full sized (which we had reserved), luxury or SUV. Again, we initially wanted a Charger but spying two Challengers lurking in the shadows (and the Enterprise attendant giving us a heck of a good deal), we decided on the Charger’s two-door brother. I’ll let the following video explain our decision:
Whoops!…..errr, I mean this one: 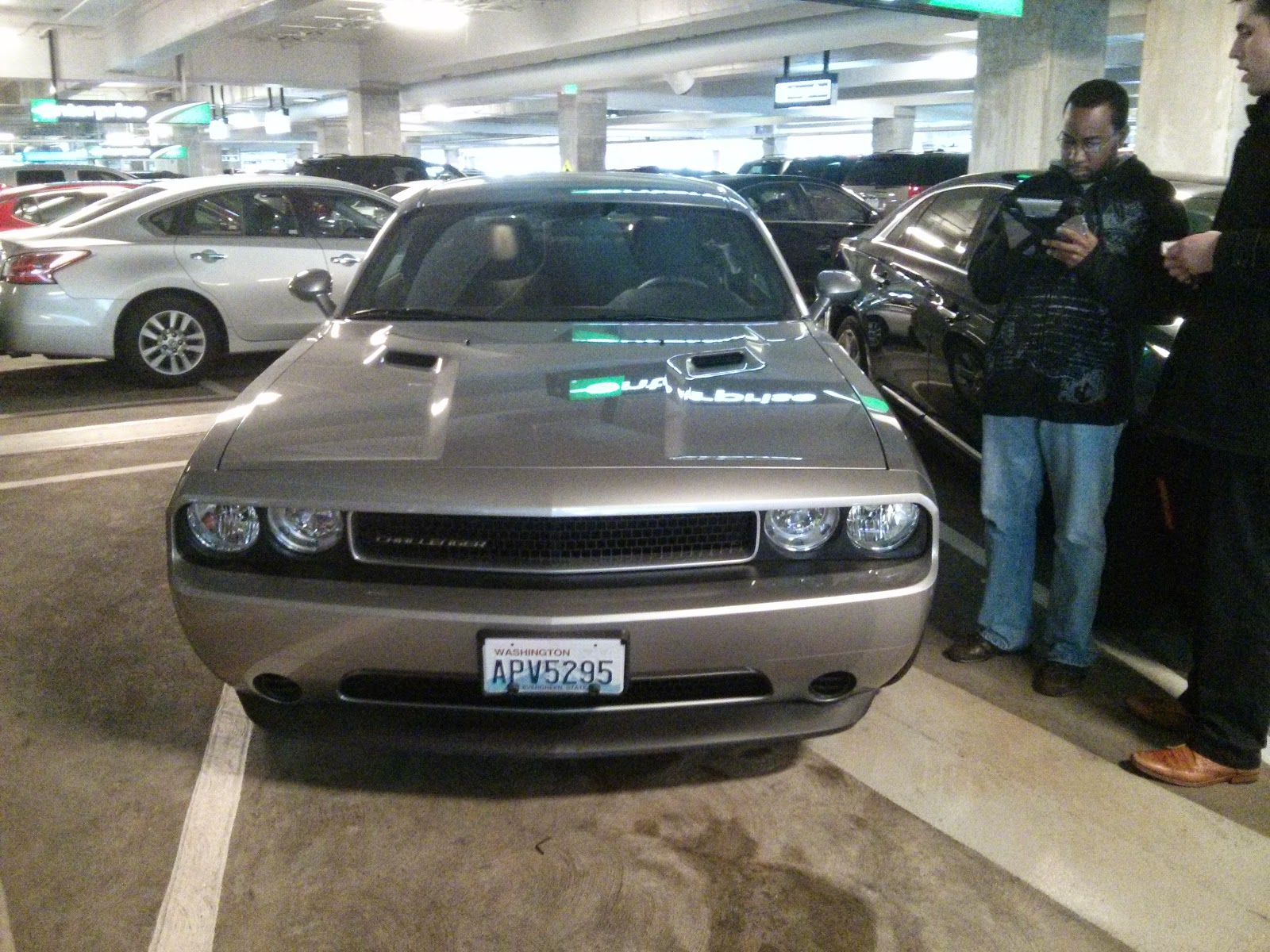 So yeah, we got a deal and we took it. Besides, we’re in vacation mode baby. Roughly two hours later, heading south on the I5, we arrived in Portland, OR and explored a bit (not to mention bought a cheap aux cable and a car charger since neither of us brought ours and after an hour or so we got tired of AM/FM radio). 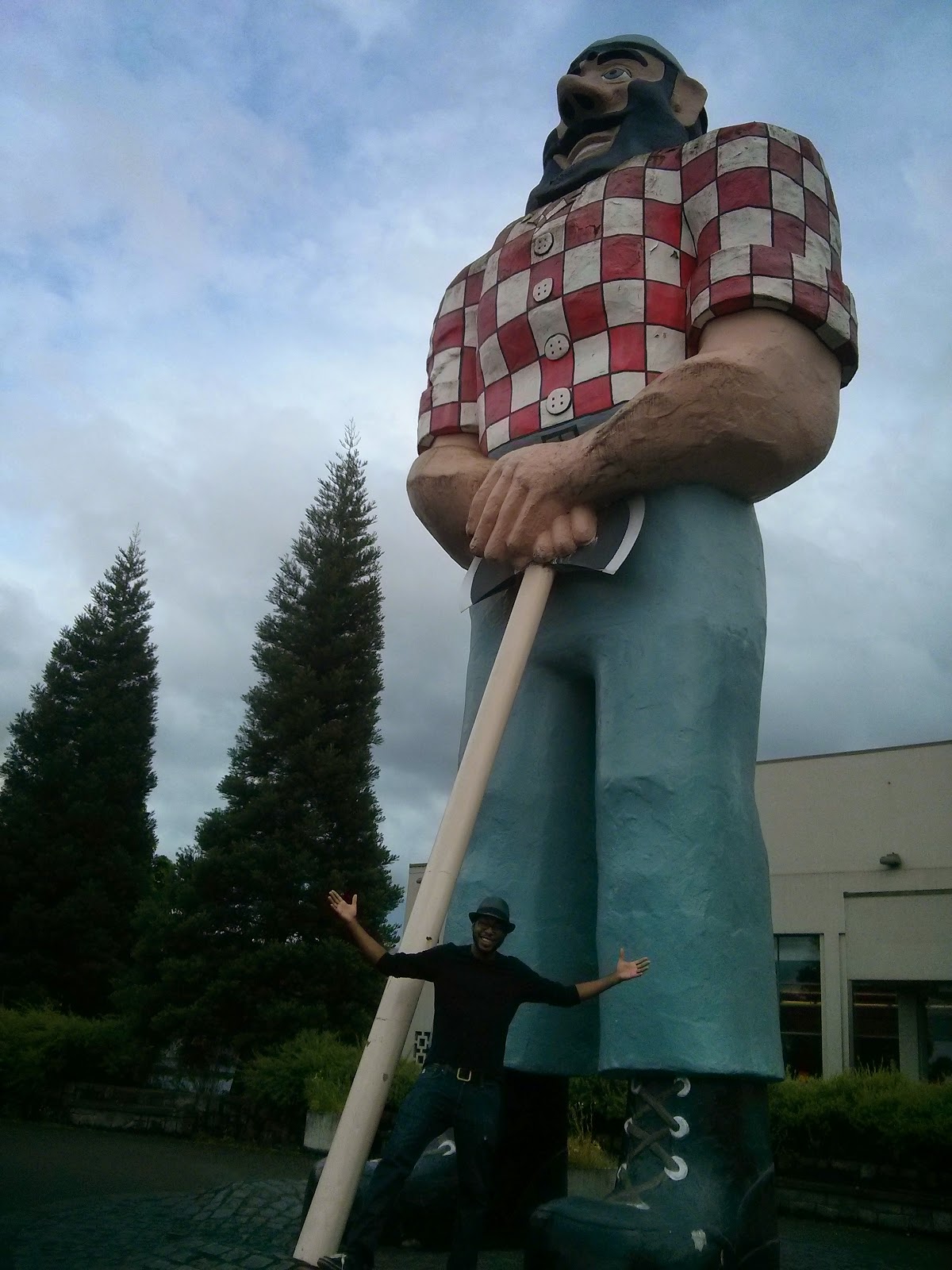 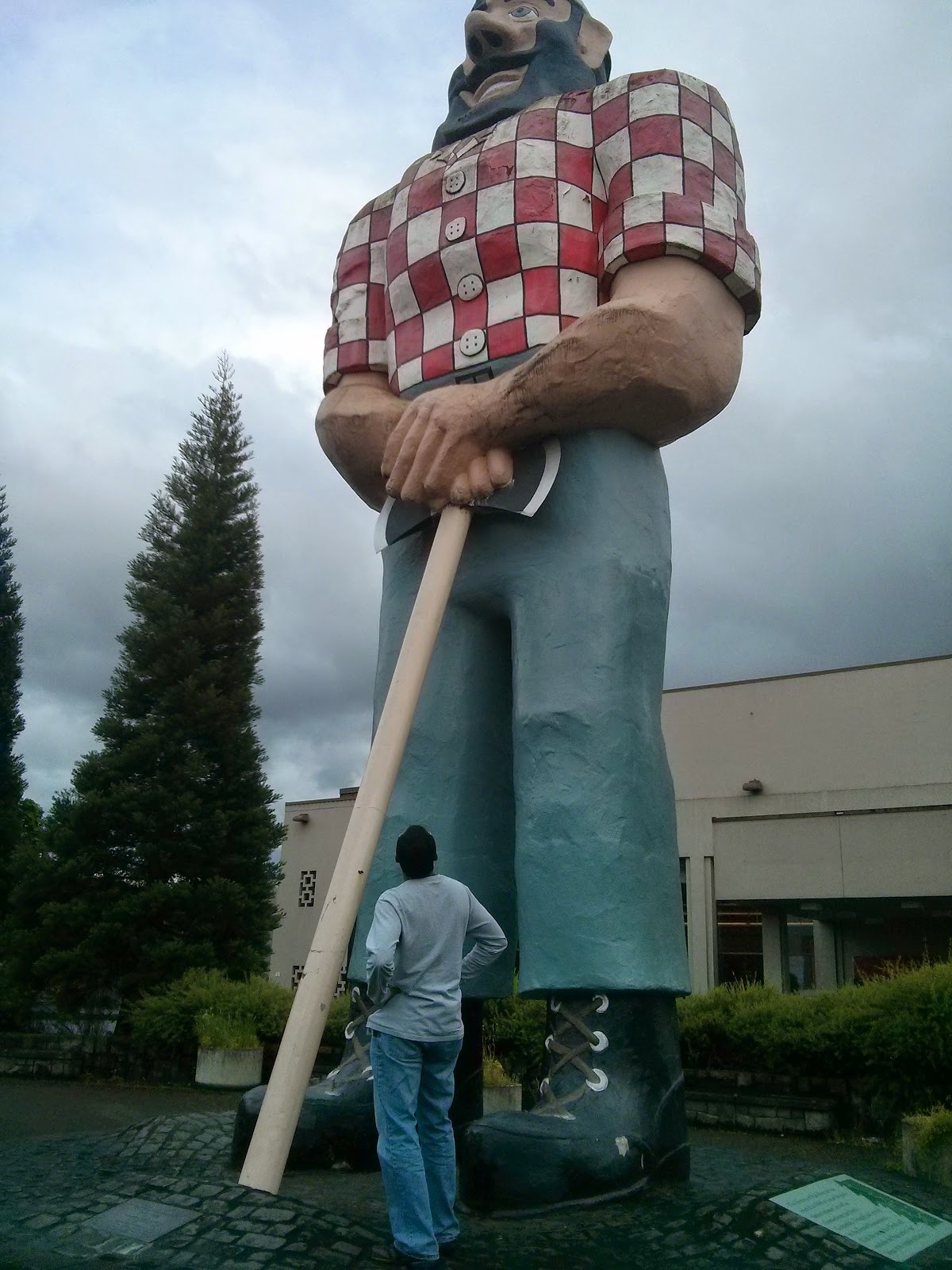 Afterwards, we headed just over an hour south to Eugene, OR where we’re currently staying for the night. Day 5’s plan should see us exploring the University of Oregon’s campus (Roger obnoxiously wearing his Gators shirt) before resuming our trip south. Next update, we each break down our personal reasons for undertaking this odyssey as well as upload a few more photos. Who knows? You’ll probably get more hilarious videos. Until then, I’m beat. It’s 1:15am here (my body is still insisting it’s three hours later) and we gotta be up early.
Till the next update!